Thomas Schael led the implementation of a system that produced annual drug expenditure savings of €20m. Here he discusses the challenges with the Italian healthcare system and how he managed to cut spending so drastically. 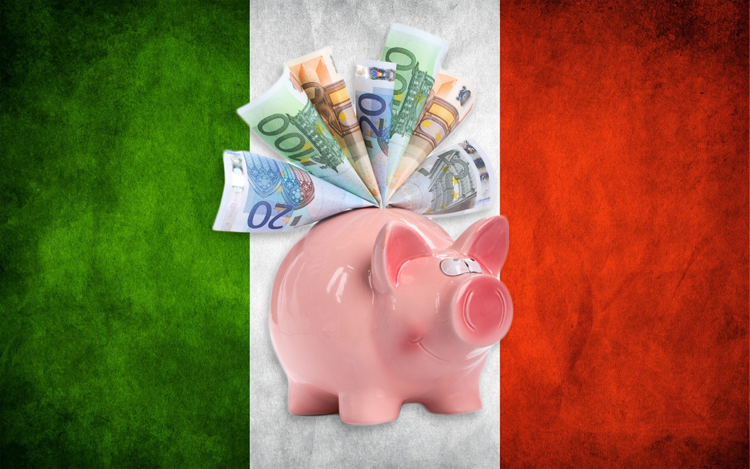 Navigating Italy’s drug distribution system presents industry and government with a number of challenges. Firstly, it’s fragmented nature means that there are wide regulatory and pricing variances between regions. In addition, the sheer number of actors in the system breeds inefficiency and makes achieving co-ordinated change difficult. Few are more experienced with this than Thomas Schael, who previously presided over drug expenditure in Naples.

“We have a very fragmented system here in Italy,” Schael explains, “There are 262 pharmaceutical companies, most of which are multinationals manufacturing outside of Italy. In order to get drugs in to Italy there are 313 deposits where you can cross the border. I think this is very different to other countries where generally there are far fewer authorized dealers who can introduce a drug in to the country.”

It’s very inefficient to have so many companies who can introduce drugs in to Italy.

Drugs are distributed in Italy by approximately 500 intermediaries who deliver packages to 17,000 pharmacies and 2,000 para-pharmacies for OTC products, logistically, as Schael explains, the system is beyond complex, “It’s very inefficient to have so many companies who can introduce drugs in to Italy. There are about 1.6bn drug packages travelling through the country each year, all distributed by 500 intermediary distribution companies. In some cases you have two or three distributors in the same district.”

To some extent, this creates competition, though it’s generally inefficient as some distributors are operating at very low volume. There are also a high number of deliveries in Italy compared to other countries, says Schael. “In some regions drug deliveries pass up to three or four times a day, whereas probably in the UK you have one passage a day, or may be two in certain regions.” The complexity of the supply chain places an additional strain on margins. Schael points out that, “at the end of the supply chain there is very little space to offer any discount to the buyers.”

Nowadays, if you go to a doctor, a GP or a specialist in Italy you can get your prescription filled via three different channels.

In recent years, public health authorities in Italy have sought new models of drug distribution that circumvent some of the steps in the supply chain. This has expanded the number of available channels by which patients can access drugs, boosting competition and making drugs more affordable. “Nowadays,” says Schael, “if you go to a doctor, a GP or a specialist in Italy you can get your prescription filled via three different channels.” One of these, is direct distribution, “where you give the drug to the patient when they leave the hospital, rather than them picking it up at a pharmacy.” This results in significant savings because of a law that dictates drugs used in hospital carry a 50% discount to the official price. “For example,” Schael explains, “the general manager of the public health authority may normally be able to negotiate an 11% or 11.5% discount locally. However if they distribute the drug directly they immediately get a 50% discount.”

In recent years this has created a strong incentive among authorities to “buy directly from producers […] and bypass the whole supply chain,” says Schael. In some of the more populated parts of the country a third distribution model has been developed. Under this system the public health authority buys the drugs and gives them to the pharmacies. Schael explains that, “the pharmacies then receive just the service charge for distributing the drugs on behalf of the authority.” He notes that the challenge is to create the best mix out of the three distribution models to reduce overall cost. However, it’s difficult to coordinate the approach because the system operates at a provincial level and “each general director has his or her own policies, agreements and contracts with the different actors in the system.”

In recent years there has been a greater emphasis in Italy to use generic products where available. “As in many other European countries,” Schael says, “we have been substituting branded drugs for generics.” Legislative changes have been brought in to support this prerogative. “We now have a law that doctors can only prescribe a chemical formula rather than a brand name.” However, patients can pay the difference in price between the generic and branded product if they prefer to take the latter. Schael also points out that, “doctors can induce the customer to continue to pay the difference,” as can pharmacies. This happens, says Schael, “even though there is little actual impact on the patient.”

In 2012 expenditure within his territory fell by nearly 10%

While working as commissioner at the Public Health Authority of Naples, Schael introduced new measures to counter unnecessary prescription of branded medicines.His strategy revolved around monitoring prescribers more closely. Together with his colleagues he put in place an IT system to monitor prescriptions. The approach was highly successful and Schael reveals that in 2012 expenditure within his territory fell by nearly 10%. This contributed to an overall fall in drug expenditure of €1.5bn across Italy, brought about through the use of generics. “If you take Losartan,” says Schael, “which was one of the off patent products at that time, the prescription rate went up drastically within months, as we were monitoring what doctors were doing.”

In order to increase generic prescriptions you have to monitor and discuss with prescribers what they do. If you just change the law, generally people don’t change their habits very fast.

Schael did more than simply monitor prescriptions in order to effect change. His project involved on-going meetings with stakeholders. “In phase one I met personally with 1,500 medical professionals over a period of two months, in small groups of 20-30 GPs and staff every evening.” Schael says that he, “spoke with GPs and specialists about how they were prescribing formulas and products.” Following these meetings the percentage of generic prescriptions compared to branded products was measured month by month. “Then in phase two,” says Schael, “we had project meetings to monitor progress every two weeks with districts and the other two weeks with hospitals.” The monitoring of prescriptions combined with constant communication and discussion ultimately led to an increase in generic prescriptions and a decline in expenditure. Schael is a firm believer that you cannot legislate a path to reducing drug expenditure. He says that, “in order to increase generic prescriptions you have to monitor and discuss with prescribers what they do. If you just change the law, generally people don’t change their habits very fast.”

Reflecting on the project’s success, Schael highlights the fact that they, “reduced expenditure in the region by €20m, continuously decreasing spending over the year just by looking in to certain groups of the more prescribed drugs i.e. for cardiovascular disease and diabetes.” Setting out a clear strategy to monitor activity wasn’t straightforward though. One of the challenges to achieving success was the lack of an objective benchmark to define what the ideal proportion of generic to branded prescriptions should be. In some cases there is a genuine case for the use of a branded drug, so how do you decide the acceptable level of use? In order to overcome this challenge, Schael devised a competitive benchmarking system. “I measured whether the performance in one district was similar to the others. I didn’t know what the ideal generic prescription level should be, but I saw that some districts performed better than others, so I pushed the others to follow these benchmarks.”

Rethinking drugs spend is a two part series based on interviews with Thomas Schael, ex-commissioner at the Public Health Authority of Naples, Italy. In Part One, Schael discusses Italy’s drug distribution system and explains how he dramatically cut spending on drugs. In Part Two, Schael gives his outlook on the major challenges for drug expenditure in Italy and Europe and offers advice to the pharmaceutical industry on how to work better with authorities.

Thomas Schael will be sharing more insights and actionables on drug expenditure and the requirements of Italian payers at the Payers' Forum  Europe 2013. For more information on his presentation or to see which other European decision makers will be present, visit the official website.