Realising the Potential of Joint Working: Towards an Ideal Partnership.

Exclusive research conducted by Strategic North indicates that huge misperceptions exist between industry and the NHS that are placing a stranglehold on successful joint working. Deirdre Coleman reviews the current mindset and explores an ideal model for partnership. 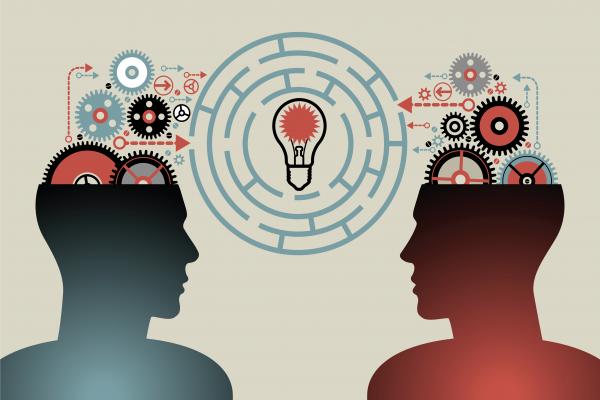 Imagine a joint working arrangement between pharma and the NHS that placed the patient at the centre with a firm focus on outcomes; imagine an industry mindset that focuses on long-term benefits; a true business-to-business partnership that is open and honest with joint planning and sharing of resources; with collaboration based not on one-off projects but based on a partnership relationship over three to five years; with a focus on better patient access, early intervention and prevention and considerable cost savings. This idealised state was revealed in a survey of NHS and industry leaders conducted by healthcare marketing agency, Strategic North for PharmaTimes magazine. This utopia is in stark contrast to the existing joint working model, where huge misperceptions exist on both sides of the divide.

Distrust at the Coalface

A lot of what has held back joint working traditionally is the low expectations on both sides of what’s allowable and what’s conceivable. Neither side have pushed it and I don’t think joint working guidelines have helped in this regard".

According to David Coleiro, partner at Strategic North, the research revealed that the main challenge for successful joint working is mindset: “The purpose of the research was to explore the current status of NHS/pharma joint working and the perceptions of its benefits and challenges. We discovered a lot of misperceptions surrounding what each side would be willing to commit to and trade off in order to achieve a new joint working paradigm. Historical interactions have shaped many of the current challenges facing joint working; on the NHS side there is concern surrounding the commercial motivations of pharma, while on the pharma side, compliance and redtape make joint working unappealing to pharma, especially if multiple companies are involved in one project increasing the effort required to even get such projects off the ground. One of the reasons pharma struggles is because joint working is often not built into a company’s customer-facing roles. This means that the time and effort spent on a joint working project will actually detract from their “day job”. The biggest barrier though currently is mindset which means that current joint working initiatives only scratching the surface in terms of what could be achieved. The NHS is a very risk adverse organisation and they don’t want to be perceived as being biased in favour of one provider. They don’t currently consider pharma as a strategic partner, but as a provider of products and services operating on the periphery. A lot of what has held back joint working traditionally is the low expectations on both sides of what’s allowable and what’s conceivable. Neither side have pushed it and I don’t think joint working guidelines have helped in this regard. For joint-working to be successful going forward, there needs to be a complete reframing of what is required in terms of commitment from both sides”.

A willingness to commit was an unexpected revelation to come out of the research. The traditional view, says Coleiro, suggests pharma is willing to invest in joint working but the NHS is hesitant to engage. However, the results paint a very different picture, with both industry and the NHS willing to commit more than the other party would demand or indeed expect based on current behaviours – and possibly further than guidelines would allow.

“This was indeed surprising because the joint working guidelines do create misunderstandings as to the requirements, such as a need for a 50-50 share of resources. The research revealed that this “sticking point” wasn’t in fact a problem in itself.  It is just that the guidelines themselves are misunderstood”.

This level of partnership that both sides are willing to commit to is far beyond what exists at the moment. This ideal scenario is workable, and according to the NHS stakeholders we spoke to would be more open, honest, efficient and be better for patients. So what is holding us back?"

Many of the NHS stakeholders who took part in the research are willing to commit to: exclusivity in disease areas,with board-level agreement on long-term partnerships; a commitment to joint planning and annual investment for a three-year period; the potential for pharma representatives to be considered for membership on appropriate committees; and agreement that the NHS incentivises the use of products in agreed therapeutic areas, with an endorsed joint message, in return for pre-agreed pharma commitments. Meanwhile, those pharma leaders who were interviewed were happy to provide the NHS with expertise and access to all levels of decision makers and information within the company; to involve the NHS in discussions about company priorities for their local area; as well asagree with the NHS the targeted use of sales forces, company investment in value-added programmes over a three-year time frame, and annual joint planning and investment. “This level of partnership that both sides are willing to commit to is far beyond what exists at the moment. This ideal scenario is workable, and according to the NHS stakeholders we spoke to would be more open, honest, efficient and be better for patients. So what is holding us back? Well, it is truly a paradigm shift and so there is an amount of work to be done yet to bring down barriers, scale up commitment, resources and internal competencies to make this ideal state happen”, comments Coleiro.

The NHS faces a projected spending gap of £30bn a year by 2021, as the number of older people with multiple long-term conditions such as cancer, diabetes and heart disease rises inexorably. The long-term austerity challenge will certainly concentrate minds within the NHS when it comes to making joint partnership agreements work and will be an active driver in developing new and innovative partnerships between global healthcare systems and pharma in the future.

When the G8 met in London in December 2013 to consider the global challenge of dementia, rather than being on the outside, the pharmaceuticals and biotech industries were included in the discussion of how to meet the challenge of caring for a projected 100 million people with Alzheimer's disease by 2050. They were included not just as providers of drugs and devices that healthcare providers and patients might wish to buy, but also as partners in creating new healthcare systems.

Ultimately, joint working is about patients and how they can benefit, but equally it is about meeting the needs of both pharma and the NHS as they journey on this quest to improve outcomes. Change has been taking place slowly for the past decade and the willingness of both sides to push the boundaries of current partnership frameworks is an encouraging signal of further disruptive change to come.

For more information on Strategic North’s research on the NHS, click here.