As new drugs gain their marketing approvals, whether they become new blockbusters remains to be determined by the real-world data, which will inform the decision of whether or not to put the substance on a formulary. 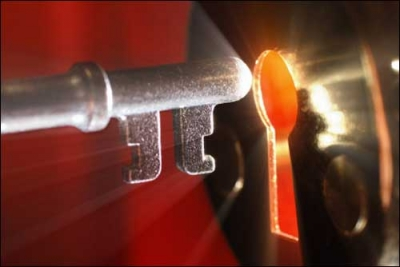 Adaptive licensing, a process that analyzes information on drug effectiveness beyond a clinical trial and allows regulators and payers to adjust their decisions about marketing and reimbursing of treatments, is likely to take over the traditionally binary process of drug approval.

The move comes as a response to accusations that under the current regulations bringing new therapeutics to market, as well as responding to any post-marketing concerns, is slow and puts patients at unnecessary risk. Adaptive licensing is also believed to benefit healthcare systems overall by preventing reimbursement of treatments that offer only negligibly incremental improvement over existing therapies.

Under the current system, before a drug can be licensed, it has to be tested on volunteers in a randomized clinical to show that it's 'safe and effective', however, short duration of a trial rarely allows to demonstrate the drug's efficacy, and decisions are often made based on extrapolation of collected data. Post-marketing surveillance, also known as a Phase IV trial, is a more effective strategy for assessing performance of a drug by offering it to a greater number of people without a well-defined end moment, in a naturalistic setting and in comparison to existing gold-standards, which would not be possible under the resource constraints imposed by classic clinical trials.

One of the most recent products that may be subjected to such scrutiny is an oral treatment for multiple sclerosis, Tacfidera (dimethyl fumarate), approved by the FDA earlier this month, and immediately proclaimed to be the new pharmaceutical hit by industry insiders and analysts. The new treatment is estimated to cost US$54,900 per patient per year, placing it at a mid-point between its competitors, Novartis's Gilenya (US$60,000) and Genzyme Corp.'s Aubagio (US$50,000), which is described by analysts as a “solid pricing strategy”, but before the drug can find itself on a formulary, it will need to demonstrate its effectiveness in the real world.

While the drug offers an alternative to patients who suffer from a fear of needles (estimated 25% of people affected by MS), oral drugs offer rather small improvement over treatments that are already available, and if patients are doing well on them, doctors are unlikely to propose a switch. The first six months after a drug launch are always about educating payers about its benefits, and while most large payers are likely to make a decision to reimburse the drug in the next twelve months, data collection will continue and changes to policies might be made at a later date.

Similar approach has been previously encouraged in surgery, where devices are often used in circumstances which do not resemble the setting in which they had been tested prior to approval. There surgeons were encouraged to feedback information on procedure success and post-operative patient performance to the manufacturers. Another proposed solution was to establish a center that would collect data on all patients subjected to a particular device in hospitals across the country.

With the growing need of post-licensing monitoring, the need for sharing medical data is likely to increase, and solutions must be put in place that will allow safe and standardized use of collected information.