Pfizer Integrated Health: Lessons on rolling out a service

Although the future of pharma might be in services, the industry has to change its culture before it’s ready to move on from selling pills alone. 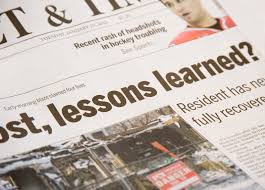 Pfizer Integrated Health, launched in early 2012 and closed down after roughly two years in operation, was a project aimed at stepping beyond the pill and bringing together science, drugs, and technology to improve patient outcomes. The idea was simple: help physicians make an accurate diagnosis of lower back pain and support patients in dealing with the condition. Doctors were provided with technology that helped characterize patient’s pain, along with algorithms that make deciding on the course of treatment more straightforward than before.

The project first enrolled patients in clinical trials in 2013, gaining momentum among patients and academics, but failed to meet its commercial goals. “The bottom line was that we weren’t meeting the revenue expectations. We were earning money,  but the company expected more,” recalled Christian Isler, Former Global Head of Solution & Product Development, Pfizer Integrated Health. “It was a hard sell, especially in the U.S., where, unlike in Europe where customers are interested in risk-sharing, people wanted to see outcome data before engaging with the project", Isler said. What can pharma learn from Pfizer Integrated Health?

It’s difficult to build a service within a pharmaceutical company. Pharma is used to selling pills. That means going to a physician with a well-defined product that took 15 years to develop and will remain unchanged for the next decade. The pill has some established characteristics and there is data supporting its efficacy. But selling a service changes the dynamic.

There is no such thing as a service in a box. It’s never going to be 100% defined. 80% at best and the rest is reacting to your customer. This requires a shift in mindset.”

“Services require more listening than talking, but they also require co-creation. You need to work in partnership with your customer because you need to fit into their environment,” Isler admitted. “There is no such thing as a service in a box. It’s never going to be 100% defined. 80% at best and the rest is reacting to your customer. This requires a shift in mindset.”

Regulations are another stumbling block on the road to cooperation. Laws that are in place now date back to the eighties and nineties before Facebook, LinkedIn, and other technology that makes customer interaction easier. Regulators need to take a look at what they’re pushing and ask themselves if it still makes sense in the new reality. “Changes in regulations have to come and will come,” Isler asserted, adding that if you start regulating services according to the pharma codes of conduct, you will always be on the borderline of what’s allowed, and you will always have to figure out new ways of applying existing laws.

“Let’s take privacy as an example. Privacy in healthcare is extremely important, but if you want to reach out to patients, you need information from them, which makes it complicated from a regulatory point of view. This is why many other companies are looking to put integrated health initiatives into separate legal entities,” Isler explained.

There are universal lessons for pharma executives that follow from Pfizer’s experience. The project had a great start, won over support from the top tier of the company, developed commercial leads, and built a service that worked quite well for the patients and the physicians who took part in it. In addition to that, Pfizer was able to reach out directly to caregivers and receivers; something that’s not possible when selling pills. But despite open doors, the project failed. Why?

The pharma culture and pertinent regulations share part of the blame, but there is more to take away from this case. One other stumbling block in the roll out of a service is the pace of product development. Once you’ve produced a drug, it won’t change, but services require regular updates, which poses another challenge for all the support functions. It also creates an additional regulatory problem. “In the U.S. we were struggling with the FDA because the agency wasn’t clear on what kind of category the service should fall under. We asked them through one of their schemes whereby you can send a product proposal and find out how it should be classified. I believe Pfizer is still waiting for an answer,” Isler confessed.

Advice for the future

My advice to other companies would be: first, do it. This is where the world is going. Second, build a separate legal structure. Third, find people who understand healthcare, which is different from understanding pharma. Finally, have patience. It takes years to build services".

Pfizer Integrated Health is a lesson about rolling out a service that all of pharma should learn from.  Despite gathering positive reviews from customers and delivering enviable health outcomes, the service came short of meeting its commercial goals. The reason for that was two-fold. One, a cultural gap within pharma. Two, rigid and often inapplicable regulations. Although the environment doesn’t seem to be supportive, services are the future of pharma, and the industry needs to quickly adapt to the new reality.

”My advice to other companies would be: first, do it. This is where the world is going. Second, build a separate legal structure. Third, find people who understand healthcare, which is different from understanding pharma. Finally, have patience. It takes years to build services,” Isler concluded.

Aspiring to be on the cutting edge of the industry, companies entering into services need to ask themselves: do I have all my bases covered?