After months of public demands and resistance from the industry, GSK becomes the first big pharma player to back the AllTrials.net campaign – making all of their clinical trials information publically available for the first time. 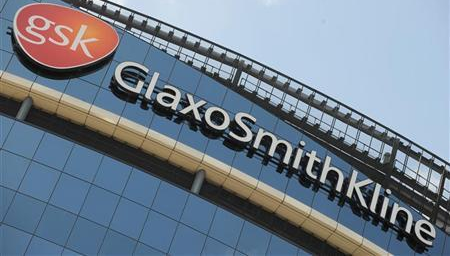 The decision, which was announced yesterday evening by the firm, comes after months of pressure from the AllTrials.net campaign and members of the public about the lack of freely available negative clinical trials data.

The ground-breaking move comes with a commitment to disclose clinical study reports on all drugs marketed since the formation of GSK in 2000, and to an online develop platform that makes anonymized patient-level data available upon request.

'We are committed to being transparent with our clinical trial data to help advance scientific understanding and inform medical judgment,' Patrick Vallance, President of Pharmaceuticals R&D at GSK, said in a press release commenting on the company's commitment to advancing scientific understanding, informing medical judgment and acknowledging the contribution of those who participate in clinical trials. 'All those involved in the conduct and publication of clinical research, whether healthcare companies like GSK, academia or research organizations, have a role to play in ensuring that the data they generate are made publicly available to help bring patient benefit,' the statement read.

The decision comes a year after GSK paid US$3bn (£1.9bn) settlement following allegations of withholding negative information on safety of Paxil (Seroxat), an antidepressant associated with an increased risk of suicide.

According to the Guardian, Ben Goldacre, the author of the best-selling book ‘Bad Pharma’, described GSK's decision as 'genuinely historic, expressing hope that other pharmaceutical companies will follow suit, and referring to the practice of concealing clinical trial data as 'insane'. It is widely believed that with GSK setting the standard in this issue, a slew of other pharmaceutical companies are set to follow.

Followers of this story are now waiting for the decision of Roche, who have failed to fulfil their pledge made in 2009 to make Tamiflu data available to Cochrane Collaboration for an independent assessment, after an investigation conducted by Cochrane and the British Medical Journal revealed that a recommendation to stockpile Tamiflu was made by the World Health Organization in the absence of all relevant information.

Interestingly, GSK’s announcement was made right after the Pharmaceutical Research Manufacturers of America released a statement in which they called releasing patient-level data ‘irresponsible with potentially harmful consequences for future medicine development,’ expressing concern that availability of clinical trials data would deter patients from enrolling in studies, openly attacking Goldacre, and one of the instigators of the AllTrials.net campaign, and the British Medical Journal, which has recently implemented a policy preventing them from publishing trial reports, unless data can be made available upon a 'reasonable' request. The Association for British Pharmaceutical Industry published a statement with a similar message, however, they refrained from personal attacks.

Meanwhile, the AllTrials.net campaign continues to grow. At the time of writing, the petition to release all data has been signed by over twenty-six thousand people, received backing of over fifty research and healthcare organizations, including the Medical Research Council, the Wellcome Trust, and range of scientific journals, and has been translated into Dutch, French, German, Italian, Russian and Spanish.