Despite extensive sympathetic press coverage, the Japanese government lost its appeal to uphold the ban of selling non-prescription drugs online in the nation’s Supreme Court today. 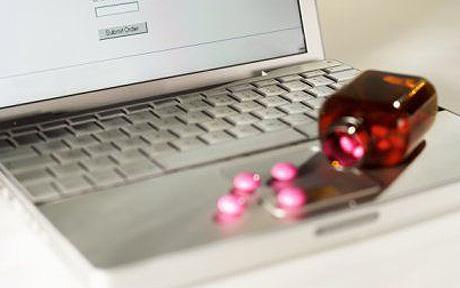 Could this be an early step towards dismantling Japan’s bureaucratic system – and an opportunity to break the authorities’ power over the country’s media?

Towards the end of 2008, the leaders of Japan announced that selling drugs online would be prohibited from June of the following year.  The Health, Labour and Welfare Ministry claimed that the directive was necessary in order to ensure the appropriate medical information was provided as the seller and purchaser do not meet face to face. The regulation led to the prohibition of online sales of cold, fever and pain-relief medicines, hair-growing remedies, herbal medicines and pregnancy tests, classifying them at a high risk standard.  Meanwhile, products such as vitamin supplements and mouthwash were still available for sale over the internet.

At the time, the deputy director of the general affairs division in the ministry's pharmaceutical and food department was quoted as saying that selling medicine online raises concerns "because it's hard to check the health condition of buyers and lacks communication."

While the Japan Association of Chain Drug Stores was a leading supporter of the government decision, the Japan Online Drugstore Association backed the internet companies in petitioning the health ministry to block the regulations. While the online vendors understood that pharmaceutical sellers have an obligation to disclose any side effects and other essential medical information to ensure the safety of users, they were adamant that this was possible to achieve online. When purchasing medicine online from Kenko.com, for example, buyers must complete a health questionnaire and are provided with information as regards the drugs they are about to purchase.  Furthermore, in order to finalize the transaction, customers must affirm with a mouse click that they have read the relevant medical explanation.

Consequently, leading internet retailers of over-the-counter drugs Kenko.com and competitor Wellnet filed a legal case against the government, arguing that the ban violates the right of business as stipulated in the Japanese Constitution.   Initially, the Tokyo District Court rejected the suit in March 2010 and endorsed the ministry ban, finding that it was too difficult for online sellers to determine the health conditions of buyers and the side effects of drugs, and was therefore a health risk.  However, both Tokyo-based Kenko.com and Yokohama-based Wellnet appealed to the Supreme Court, citing infringement of commercial freedom, and succeeded in achieving a favourable ruling in April 2012.

The bureaucratic public health system of Japan and corruption among its health ministry officers have long been a point of concern – not least from ministry employee and Japanese critic Moriyo Kimura. This rare win in a legal battle against a government ministry could be an important building block in renovating the country’s troubled health sector.