The Great Wall of China – Top 5 Barriers to Market Access

Pharma expansion into emerging markets is not just desirable, but necessary to ensure continued growth, however both cultural and economic difference can often pose problems, here is our list of the top 5 barriers to entry into the Chinese marketplace. 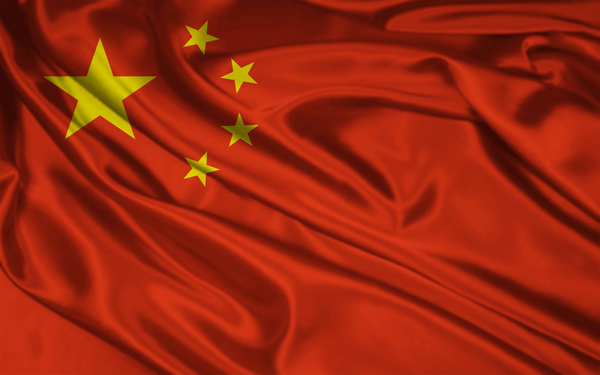 Accenture estimates that emerging economies will account for more than 60 percent of global GDP growth between 2010 and 2016, and market intelligence firm IMS Health predicts China will become the third largest pharma market in the world by next year. Added to this, China’s growing middle class and an ageing population mean new opportunities for companies to widen their portfolio in this area. However, entrants into the Chinese market find several challenges to doing business effectively. Below, I’ll run through five important barriers to entry for Western firms seeking a foothold in the market, and suggest possible solutions to these problems.

One difficulty companies may face when doing business in China is the sheer scale of the country, the world’s most populous with over 1.3 billion inhabitants. So far, pharma companies have focussed mainly on Tier 1 and Tier 2 cities, those with a population of over 2 million, targeting physicians in large hospitals in those cities and pursuing the tried and tested method of face-to-face visits from reps. There is potential, if companies can find a way to cover the distance, in China’s Tier 3 and 4 cities, several hundred of which have over 250,000 inhabitants and are growing rapidly. One way forward for foreign firms is to pursue mergers or joint ventures with established Chinese firms who have built up knowledge and a profile in these areas, although for firms wishing to go it alone this recent Accenture study puts forward alternatives; suggesting how initial face-to-face meetings with a physician about a new product could be followed up by group meetings, e-channels, seminars or even something as straightforward as text-messaging to deliver non-urgent information.

The same Accenture report discussed another crucial factor in determining a successful entry into Chinese markets: understanding that China is made up of many overlapping demographics, each needing their own tailored approach. Inadequate knowledge of geographical and cultural differences in Chinese markets could pose a significant barrier to entry for firms wishing to do business here. Dr Andree K. Bates, president of Eularis, gives the example of Guangzhou and Shenzen, two cities in close proximity that actually speak different languages and represent very different social clusters.  Marketing in these two cities, or indeed in the city and the rural interior of the country, would necessarily require two separate approaches. A Tier 1 city physician in a large hospital will usually have a university degree but suffer from time constraints, while a smaller city or rural physician may have more time to spare but less up-to-date knowledge. A successful targeted sales strategy could be to cut down on educational support to the busy city physician and instead provide access to time-saving ePharma resources, while developing a productive relationship with the rural doctor through the provision of opportunities for learning.

There have been indications from the Chinese government recently that it intends to review its drug pricing scheme, planning to dramatically increase the number of drugs covered by its essential drug list. Drugs appearing here are listed by their generic name, and subject to a politicized price-cutting drive which saw prices cut 18 times between 1998 and 2005, according to an ISPOR report. China’s indigenous pharma industry is heavily weighted towards producing generics which are better placed to compete under such criteria, posing a problem for foreign pharmaceutical companies wishing to profit from more expensive branded drugs. One way foreign firms can increase their profit margin is by targeting the consumer directly. Many Chinese self-medicate, making for a lucrative OTC market which pharma giants such as Sanofi and GlaxoSmithKline have already begun moving into. A further way of making an impact in the Chinese landscape is through an astute use of the marketing experience available to established foreign firms. As we’ve discussed previously, companies with a better infrastructure and a first-wave launch in western markets already under their belts can pursue a much more effective marketing strategy than a cost-cutting generic drug maker.

Reaching out to Chinese consumers directly is a worthwhile goal for pharma companies. However, an NY Times article estimates that the number of Chinese with access to basic healthcare insurance is now around 95%, meaning that dealing with government reimbursement schemes is something foreign firms will have to get used to if they want to increase sales. Before a company can even think about getting its drug onto the National Drug Reimbursement List (NDRL), it must first go through a lengthy process of drug registration, which can take years. Once the drug is registered, it can compete via a tendering process to be included on regional drug reimbursement lists, although according to a Deloitte study, provincial governments often discriminate in favour of locally produced medicines. Yet the situation is not completely hopeless, as the reimbursement scheme has two categories; Category A contains the cheaper, more basic drugs, and Category B deals with higher priced, more specialised medications. Up to 15 percent of the contents of Category B can be decided by local authorities according to their needs, giving pharma companies some scope to make the case for inclusion of their drug for reimbursement on factors other than price. Alternatively, IMS Health suggests that being on the NDRL is not the only route to market for a drug in China – other considerations such as the targeted disease area, the product’s clinical efficacy, and an efficient marketing campaign can positively affect product uptake, regardless of whether a drug will be reimbursed or not.

Lastly, we return to the problem of market access, this time not from the demand side but from the supply side. Once your drug has made its way through the registration process, it will still need to be distributed, and the fragmentation of the supply chain makes this a much more complicated process in China than elsewhere. Statistics published by management consultancy ATKearney show that China has over 13,000 distributors, with the three largest players having only around 20% market share. In comparison, America’s top three distributors claim more than 95 per cent of the market between them. There are often several layers of distributors to get through before reaching the customer in Chinese markets, which make for high distribution costs and can diminish supply chain visibility, leaving it difficult to monitor your product once it has left the factory. Running in contrast to this is a growing tendency towards consolidation in the Chinese distribution market – one of China’s biggest distribution firms, Sinopharm, made over 30 acquisitions in 2010 and 2011 alone. Acquiring distribution capabilities through acquisitions or joint ventures is a possibility for Western firms, as is bypassing some levels of the supply chain and going directly to suppliers at a provincial level, increasingly the path taken by large firms like GlaxoSmithKline.

Wherever there’s a will, there’s a way. China’s army of generics firms, its vast size, and its layers of bureaucracy may seem intimidating to firms wishing to start up here, but the country has made strides in the past few years to open up its markets to foreign pharmaceutical trade.

As part of an agreement in 2004 with the WTO, there has been an improvement in patent protection, and combined with the growing affluence of the Chinese population and the government’s ambition to improve healthcare nationwide, this represents the perfect moment for western pharma companies to expand into Chinese markets. Experience gained in the highly competitive western pharma environment, and the commitment to robust R&D-driven growth, should assist any firm looking to scale the great walls of China.