Budget cuts slashing American spending on healthcare and research by US$85bn (£56bn) as part of a ten-year schedule aimed to save US$1.2 trillion, will begin next week, making public health sector take a hit surpassed only by trimmings made in defense. 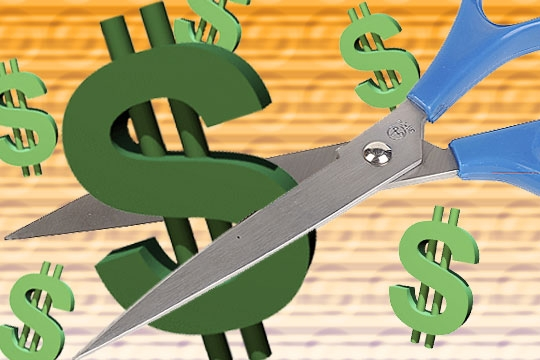 The cuts will result in 2100 fewer food inspections, loss of 12,000 research posts, a 2% reduction in Medicare payments to doctors and hospitals, affecting medical education and training, and leaving over 400,000 mentally ill patients without access to care leading to increase in hospitalizations, homelessness and crime, according to figures provided by the White House and quoted by the British Medical Journal.

According to the American Medical Association, the American Hospital Association and the American Nurses Association, 766,000 healthcare and related jobs will be lost by 2012. Meanwhile, the state of California is scheduled to lose about US$2.6m in funds designated to respond to health crises and natural disasters, and $13.4m to treat and prevent substance-misuse-related disorders.

Reductions in research spendings have been described by the Federation of American Societies for Experimental Biology, who are expected to lose about US$300m across California, Massachusetts and New York,  as 'calamitous', noting that arbitrary funding cuts will prevent many research projects already underway from reaching completion, while novel initiatives will be unlikely to take off the ground. According to Washington Post, Elias Zerhouni, former director of the National Institutes of Health, whose funding will be reduced by US$1.6bn, said that the sequestration is a 'disaster for [medical] research...setting it back a generation.'

‘These are extraordinary times,’ Tom Otis, vice chair of neurobiology at the David Geffen School of Medicine at the University of California at Los Angeles, told the BMJ. ‘You hope to keep researchers in business because it’s extraordinarily disruptive [for funding to be cut]. Only 5% to 12% of applications are funded, [t]o take this kind of additional cut is demoralizing to investigators.’

The Food and Drug Administration’s budget will be cut by $209m. It’s not yet clear how the cut will affect its drug approval process, which is partly funded by fees from drug companies, but cuts to the agency’s budget could delay treatment approvals and, worst case scenario, bring them to a halt. According to Forbes, assuming that budget cuts are distributed evenly across the FDA, the drug center would take a US$95 mln hit, which would bring its funding back to the 2010 level, making staff clippings likely to take place although not immediately, but without much impact on the agency’s regulatory role. Nevertheless, the concern that drugs and devices will need to wait longer for approval remains, and Commissioner Margaret Hamburg has expressed hope that the FDA would be able to access user fees paid to the agency by the industry to cover the FDA's operating costs.