Business Nonsense: Why the Pharmaceutical Industry is Crippled by a Bad Business Model and How to Fix It 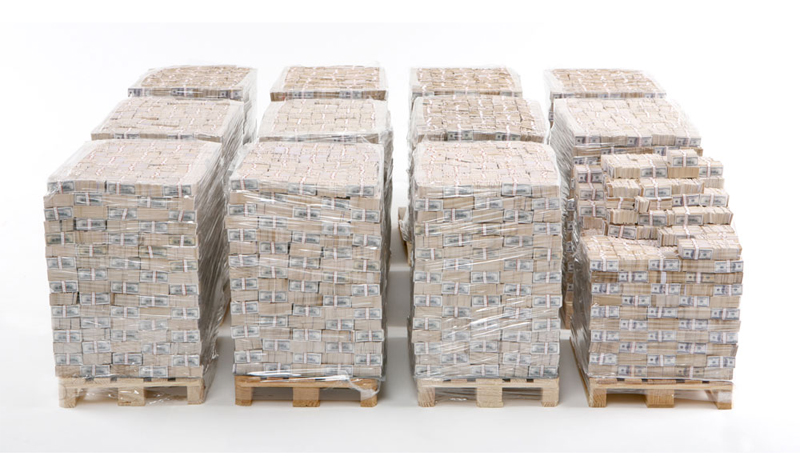 With nearly 85% of new compounds failing in clinical trials, and only half of those surviving eventually getting market approval, the industry needs to consider innovating research and development.

A billion dollars, enough to send six people on a commercial trip to the Moon, is an average cost of bringing a new drug to the market. In 2011, biopharma companies in the US invested $49.5 billion in R&D (the equivalent of Saudi Arabia’s annual military budget), making it the most research-intensive US industry, worth 20% of all R&D in the country.

Typically 90% of drug development costs are incurred in Phase III trials. Those trials take on average two years to complete, require large samples of participants, and employ many highly-skilled investigators across international sites who must follow tedious procedures that need to be extensively documented on a case-by-case basis.

With an increasing emphasis on personalized medicine, the costs of trials are likely to increase even further, as recruitment, the most common cause of delays in trial completion, becomes an insolvable problem. For example, cancer research, where personalized approach to treatment has witnessed the quickest uptake, investigates a class of drugs that inhibits enzymes called kinases. In a trial that targets two kinases, one of which is mutated in 25% of patients, and the other which is mutated in 8% of the patients, it is necessary to screen 50 patients to find one eligible for a trial. If the trial is to detect an effect of the treatment, it would need to include 300 people, which would require screening 15,000 candidates. The costs of this endeavour, increasing at a rate of 4.6% per year, outweigh its benefits.

Revenue generated by new medicines is dropping. Despite a 30% increase in approvals over the last 12 months, the expected revenue decreased by one-third, and the internal rate of return, a snapshot measure of yearly returns performance, has decreased from 10.5% in 2010, to 7.7% in 2011, and 7.2% in 2012. Although experts say that this trend has stabilized, it is difficult to predict where the sales will go from here.

The case of personalized medicine is particularly tricky. The problem with treatments that are likely to benefit a small number of individuals is that neither state healthcare systems, nor private insurance providers want to pay for them, and convincing funding bodies to change their minds will be difficult. Although the example of France, where personalized medicine is delivered to eligible patients through state-funded schemes, may be promising for many developers, creating implementable and appealing reimbursement strategies is a long way ahead. Companies are therefore gambling on the idea that once they have it, someone will pay for their product.

Despite this being a high-risk strategy, a survey conducted by researchers at Tufts University Center for the Study of Drug Development showed that 94% of the companies asked are currently involved in developing personalized medicines.

In search of savings, the major players are turning to the emerging markets like China and India that promise quality results at a fraction of a cost. Ying Luo, chairman of Beijing Continent pharmaceuticals, claims that his company's drug development expertise costs ⅓ to ½ less than the US at the discovery stage, and 10- to 20-times less at Phase III trials. Although tempting, the savings promised by China should be approached with caution, as Asian success stories are isolated incidents rather than outcomes of an established track-record of research excellence.

Additionally, setting up trials in Asia raises ethical concerns, as individuals who take part in medical research in the region often do so to get access to healthcare services not otherwise available. Increased involvement of multinational concerns is likely to spark resistance from human rights and patient advocacy groups.

Moreover, China's slow progress in intellectual property protection is a liability. Drug counterfeiting is prevalent and increasingly difficult to detect. Executives therefore run the risk of pumping money into products that would be copied and distributed at a fraction of the cost, harming patients and profit margins.

But perhaps there's no need to look for savings overseas. According to the researchers from

Tufts University, 20% of expenditure associated with Phase III trials is unnecessary. Their report

original endpoints of a given study amounting to $2-4bln

annually in physician-related costs across the industry. Trimming those costs could amount to significant savings while allowing to keep research at home.

Failure of 85% of compounds to make it through clinical trials points to a much bigger flaw in the system than just unnecessary expenditure. Less money spent is not always money better spent, and no matter how frugal your budget, if you fail to deliver a good product, it's a waste of money.

There are many reasons why molecules fail so far down the line. Using inappropriate ways to test them in the pre-clinical phase, even if underlying biology is well-understood, is one of them.

Stroke is an interesting example. Five hundred agents have so far been reported to improve outcome in stroke (e,g, NXY-059, a compound that recently failed in human trials), but despite promising data from animal research, only aspirin and very early administration of plasminogen activators have proven effective in patients.

According to studies conducted by a team at the centre for Collaborative Approach to Meta-Analysis and Review of Animal Data from Experimental Studies (CAMRADES), translational research fails because pre-clinical studies are far-removed from the clinical reality of treating human subjects. Animals used to test treatments are usually rodents, not primates, who are young, healthy, treatment-naïve, and receive interventions with a small time-delay. Real-world patients, however, particularly in case of stroke, are usually elderly, suffer from hypertension or diabetes, or both, have been treated for those and other conditions in the past, and get medical attention with a significant delay. Interestingly, at this phase investigators often decide on moving forward with a drug based on outcomes irrelevant for clinicians. In stroke, functional outcomes are key, but those are not used in animal research. Instead, the focus lies on the extent of the damage which has nothing to do with functional outcomes.

While the current cost-benefit balance might be discouraging, the situation is not hopeless, and some solutions have been proposed that are worth chasing.

Putting a greater emphasis on modelling clinical outcomes in pre-clinical research is the first step toward reducing a lower-risk approach. When animal studies are informed by real-world data, and experiments are set up in ways that resemble clinical practice in comorbidities or presence of previous treatments, chances of new molecules being successful in clinical trials increase.

Once the drug makes it to testing on humans, there are measures to improve efficiency by e.g. reducing delays. Patient advocates and researchers are creating registries of volunteers that meet narrow eligibility criteria for testing of particular drugs. For example, The Moffit Cancer Center in Tampa, Florida, runs a Total Cancer Care program that compiles medical history, tissue sample and genetic information of tumors from patients treated across 18 hospitals.

'Adaptive' trial design is another approach that may help in getting drugs approved. For example, when women enroll in a breast cancer trial I-SPY2 at the University of California, San Francisco, have their tumors screened for genetic markers before they are assigned to a treatment group. Data is then analyzed each time a participants completes her treatment, so that women with particular markers become more likely to be assigned a treatment that had worked previously. The problem with this idea, however, despite it being encouraged by the FDA, is that it adds to the logistical complexity, which causes the costs to grow.

Improving clinical trials and facilitating drug approval will require a combination of remedies, but innovation in the way the industry approaches research is key to advancements in drug development.