Big Pharma should rethink their price strategy for the emerging markets as they continue to develop their business overseas with countries like India. 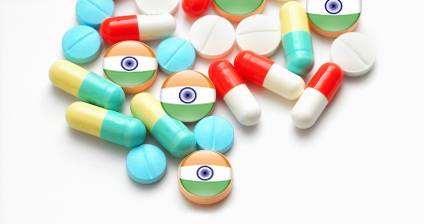 This month, India released $5.4 billion in funds for a plan that would require public doctors to prescribe free generic medicines to patients. The plan was first announced in almost a whisper a year ago, however it is set to change the healthcare landscape in India. Doctors who try to spend more than 5% of their budget on expensive, branded drugs will face punishment under the new scheme.

While the Indian government predicts that up to half of India’s 1.2 billion population will take advantage of these free drugs in the next five years, a new report by the IMS Institute for Health Informatics shows a worse scenario for Big Pharma in 2016. Findings demonstrate that 65% of $360 million in drug sales for the developing (emerging) market will be from generics while even in the developed countries, branded drugs would only make $680 million in sales.

These predictions show that the generic drug trend will soon have a knock on effect on other developing and then developed markets. Branded generics are profitable for the pharmaceutical industry now but with the rise in generic drugs, the decline of R&D efforts and the expiry of ‘blockbuster’ patent drugs, the pharmaceutical industry could miss out on the lion's share of $1.2 trillion global spend if their strategies towards emerging markets like India do not change for the better.

So why change their approach to pricing in the emerging markets? A recent study by the Corporate Affairs Ministry in India demonstrated that leading pharmaceutical companies sell commonly used drugs like Calpol at 10 times the cost of production. With prices like these, it is no wonder that local generic firms in India who offer a cheaper alternative have become dominant in the last few years.

India will always be attracted by a pharmaceutical company who can add local value to their healthcare system which is more focused on providing a basic level of care for their booming population. Big Pharma should create products specifically for the market like Pfizer who offered a targeted package to emerging markets which included innovative treatments as well as a superior brand of generics that beat local players in terms of quality and product supply. Therefore, Big Pharma could move into producing branded and generic drugs so as to maximise their reach and profit.

The above figure also shows that western pharmaceutical companies have not developed their pricing strategy with India’s emerging market consumers in mind. India’s patients or consumers represent one of the poorest populations in the world and so will not be interested in the same type of healthcare as their western counterparts. Even then, differences exist between Indian regions and cities which means that there are several markets within the one emerging market in India. Following this, Michele Markus and Aparna Kurtkoti from CDM who spoke at last year’s Emerging Markets Commercial Excellence Summit demonstrate this pricing strategy failure as they quote senior executives from the Indian market: “It’s counterproductive to recommend the same product solution for an emerging market as for a developed market. Someone needs to take the time to understand local insights and needs.”

Alternatively, Big Pharma’s goal to create an appropriate pricing strategy in emerging markets has never been easy. Combined with the complex purchaser community in emerging markets is the lack of transparency on how basic pricing decisions are made. In addition, how should a pharmaceutical company balance their traditional reliance on premium–priced innovative medicines against pricing branded or commodity generics? This market continues to develop at a rapid rate and it is up to Big Pharma to change their traditional attitudes and learn on the go if they want to maintain their high levels of profit.

However, commentators like the Financial Times feel that international pharmaceutical companies should not be worried as this scheme only targets the poor while pharma traditionally targets the rich and the urban. This might be the case now but in the future, Big Pharma will not be able to justify only focusing on the rich as India’s poorer population rises. In any case, India’s announcement should push Big Pharma into working on a better pricing strategy as this is a growing problem which needs to be addressed sooner rather than later.

It is not too late now for Big Pharma to revisit their pricing strategy in India. A focus on local value is desperately needed as even if the pharmaceutical industry needs to work harder on creating a targeted package that will offer a better supply and quality of drugs. After the initial relationship-building, the local generics market might not seem so attractive, however to shy away from the basic requirements of an emerging market is to miss the thing which will bring Big Pharma a permanent seat at the table.