Adaptive Licensing: How it Impacts Pharma and the Patient

With the announcement by the EMA of its adaptive licensing scheme, we interview Richard Barker, Director of CASMI, who was closely involved with the project. 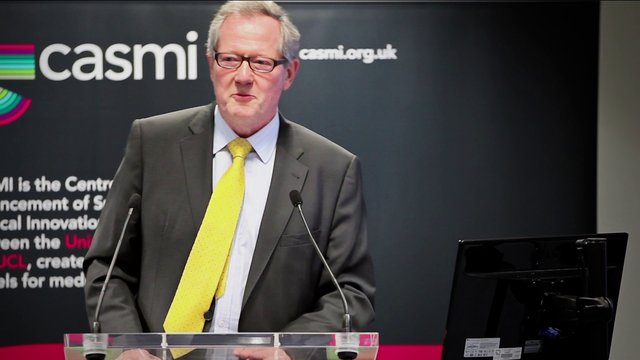 March 19, the European Medicine Agency (EMA) announced the launch of an adaptive licensing pilot project as part of the Agency’s efforts to improve timely access for patients to new medicines. The UK-based Center for the Advancement of Sustainable Medical Innovation (CASMI), who championed the initiative, welcomed the declaration, which has the potential to revolutionize the industry.

Companies are responsible for applying to be part of the project

The early authorization will be restricted to a treatment with, most likely, a well-defined patient population, combined with iterative phases of evidence gathering and adaptations of the marketing authorization, to expand access to the medicine to broader patient populations. Companies are responsible for applying to be a part of the project, but it’s likely that the parties most interested will be the ones working with treatment options that have already begun development, perhaps that have gone through a small phase II, and have a well-defined patient population. "Over time, we will see a steady expansion", Barker said. “I like to think of it as an adaptive mindset, not adaptive licensing. We don’t actually have to change any licensing regulations, we just have to work in a more imaginative and radical way.”

The move has been welcomed by the industry, with the Association of the British Pharmaceutical Industry (ABPI) stating that it has long called for a "more flexible licensing approach" suggesting that “adaptive licensing at the earliest opportunity allows companies to put forward pilot products". Furthermore, the Association added, they expect adaptive licensing to help support the development of medicines where there is high unmet need, such as novel antibiotics and medicines for rare diseases. “Adaptive licensing could be a significant tool in the armory to support more efficient medicine development and licensing and ultimately ensure faster patient access to innovative medicine. We encourage all medicine developers to engage with this pilot where appropriate.”

UK, France and the Netherlands to become leaders of the innovation

The international success of the scheme depends on the open-mindedness of the individuals involved, as well as their ability to manage uncertainty. “Regarding where this might happen first, the UK, France and the Netherlands all have potential. It is individuals and their openness to change that drives innovation,” Barker admitted, explaining that for example, NICE is known for having a very rigorous system, but also one that is known for its ability to deal with lack of precise data. In contrast, according to Barker, Germans are very skeptical about the concept. “I hope this is not their final answer,” he said.

Adaptive licensing will change the way clinical trials are designed

The most important shift is in the approach to data collection, which will now have to happen over the entire lifecycle of the product".

Adaptive licensing will allow for collection of real-world data earlier in the drug development process, which will inevitably influence the way clinical trials are run. Most likely, there will be an increase in the size of phase II, and initial efficacy trials, while the frequency and relevance of large phase III studies will diminish. Overall, RCTs will take less time to complete, while at the same time mechanisms will be put in place that move a product closer to the “magic moment”.  According to Barker, the most important shift is in the approach to data collection, which will now have to happen over the entire lifecycle of the product. “We will recognize that we learn more as we go on,” he said. Additionally, Barker noted, Bayesian statistics will be incorporated into analysis, and finally, patient populations will be stratified according to biomarkers to determine who is most likely to benefit from a drug.

Patient attitudes and the need for change of environment

Provided that pharma take adaptive licensing forward and apply to be a part of the pilot, the likelihood that they will meet with patient appreciation is quite high. According to representatives of patient organizations, individuals affected by diseases for which there is no treatment as of yet, e.g. Duchenne’s Muscular Dystrophy (DMD), are eager to try medication that might save their life, even if it’s not yet available on the market.

But patients and pharma are not the only stakeholders that need to be onboard. For example, there needs to be a discussion with the NHS on how prescriptions will be managed, or how patient outcomes will be tracked. “Patient organizations, physicians, payers and responsible NHS managers have to come together on this pilot,” Barker stressed. “What I’d like to avoid is the frustration of lining up companies and patients and then finding out that there is some wall in the NHS.”

While the announcement of adaptive licensing is a hugely positive step forward in putting patients at the heart of medical innovations, there is still more to be done. Patient organizations have called upon the Government and political parties to “unite behind a medical innovation manifesto for patients, to implement a program that will see patients having a greater voice in their treatment and to develop more adaptive pathways for clinical research and medical innovation.” The manifesto, launched Tuesday March 22, produced by CASMI and several patient organizations, is a 10-point program that proposes to create an environment where patients have a greater say in their treatment, and more adaptive pathways for clinical research could be developed.

Adaptive licensing will provide consenting patients with lethal and debilitating disorders with easier access to experimental treatments. The participation of patients in the discussion about their therapy is truly transformative and pharma need to remember to involve patients throughout the process.