Alzheimer’s disease has traditionally been a hidden condition in the Middle-East, depriving sufferers of a better quality of life. Lundbeck has sought to raise awareness among HCPs, public and caregivers in the region using a highly patient-centric, multichannel approach. 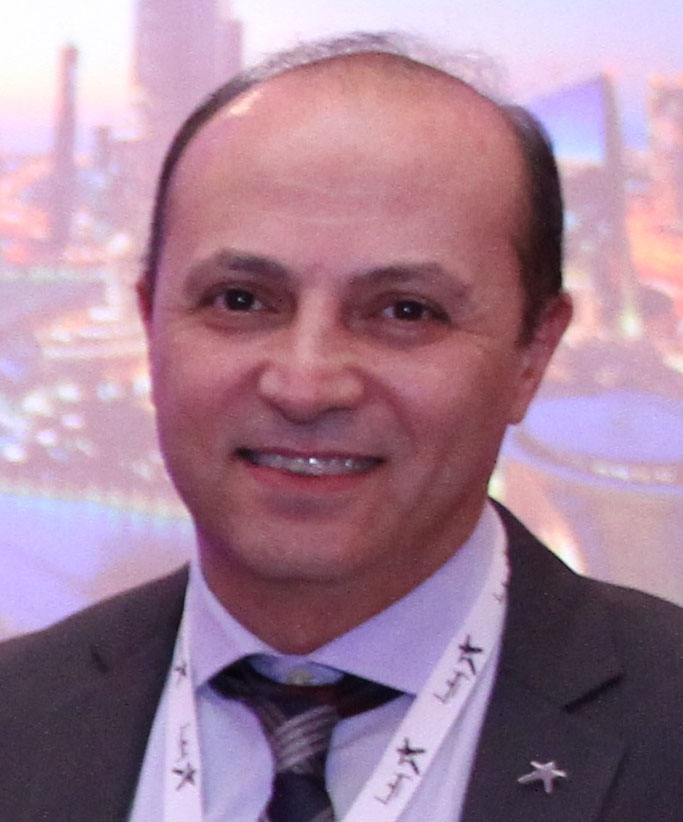 In the Middle-East, dementia is often a hidden condition and with little awareness that the symptoms can be ameliorated. A ground-breaking initiative from pharma company Lundbeck has set out to address a cultural perception in the region that Alzheimer’s is simply an inevitable consequence of growing old.

“You can consider it as senility, but it is not a normal senility; it is the early symptoms of a disease and you need to do something about it,” explains Emad Wageeh, Regional Marketing Director  for Lundbeck Middle-East.

The company’s pioneering Dementia Awareness Project has been shortlisted for the 2015 eyeforpharma Barcelona Awards in the “Most Impactful Emerging or Global Initiative Category”, with the winners set to be announced on 24th March. Wageeh worked closely with Senior Regional Product Manager Hesham Hamdy, who was responsible for managing the dementia project. 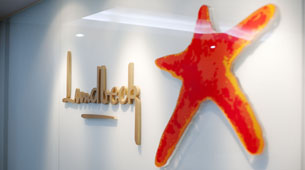 According to the project team, dementia has been overlooked in the Middle-East for many years because the majority of caregivers consider age-related memory problems to be a normal fact of life and may often neglect to seek out medical advice. This has been reinforced by the Arabian culture of total love and respect for the elderly, which has led to many caregivers tolerating their burden in silence without asking for help.

“We are proud in Lundbeck Middle-East that we participated with HCPs to change this idea,” says Wageeh. The team has aimed to encourage people to “ask for help if they really care for their beloved elderly patients, as this is the real core of the Arabian society values”. Importantly, the initiative seeks to improve the quality of life (QOL) for Alzheimer’s sufferers, benefiting both the patients and their caregivers.

Given this background, an important part of the message to caregivers has been: “You are not alone".  Wageeh adds: “1% of the population suffers from this condition. The project explains how to approach healthcare professionals, caregivers and the public and puts across the message that the symptoms you see in your loved ones, you are not alone in suffering from it.”

So how did this work? Lundbeck engaged with multiple audiences – KOLs (key opinion leaders), neurologists, GPs and caregivers (relatives and family of the patient) and the public– to raise awareness of the issue and also to promote and disseminate educational material of benefit to HCPs and caregivers. In comparison with other parts of the globe, dementia awareness and education is very limited in the Middle East where the number of cases seen and diagnosed by HCPs has been minimal until recently.

The organization has been seeking to secure earlier diagnosis for more patients and so extend their quality of life. “The idea started when we got feedback that patients are seen in clinics in late stages and that they can enjoy a better quality of life if diagnosed in earlier stages, and this has been confirmed using market research on Alzheimer’s disease in Egypt as a representative for the Middle East.”

The strategy involved a comprehensive multichannel program of engagement with different target stakeholder segments, ranging from specialist neurologists through to family doctors, augmented by awareness and educational material aimed at patients’ carers. The team targeted each segment with tailored content expressly designed to meet specific needs.

For instance, the NeuroStar program was designed to engage neurology KOLs such as university professors and consultants. It centered on an interactive multimedia program for small group meetings of four to nine doctors: this served to stimulate debate around real-life case-studies and helped the groups to reach a consensus about the patient diagnosis and treatment.

Lundbeck reached out to primary care professionals such as GPs and doctors specializing in home visits through its Hand by Hand Against Dementia initiative. This interactive multimedia program was designed to be used in small group meetings of 5-20 doctors, in order to raise disease awareness. Infographics, data and information on early dementia symptoms combine to help physicians pick up early cases for referral to specialist doctors. “We tried to provide them with a tool,” Wageeh says.

Awareness materials – flyers, posters and questionnaires – were aimed at the general public and specifically caregivers. These were distributed widely in hospitals and waiting areas in clinics to educate the public about the disease with a “call to action” that urged people to consult their family doctor if they felt they needed further information or support. Focused on QOL issues, this material made extensive use of graphics to simplify the issues and capture attention.

The team deployed this traditional printed material in conjunction with a specially created website – www.alzheimerme.com– and Alzheimerme YouTube channel featuring content tailored for each segment and designed to maximize educational value and access. For instance, the YouTube channel provides the public and caregivers with links to different signs and symptoms, and also encourages neurologists to have the public education flyers in their clinics.

Launched in cooperation with PAUNS (Pan Arab Union of Neurological Societies), Kuwaiti Neurological Society, the Friends of Alzheimer’s disease patients group in Dubai and the Egyptian Neurological Association, the website is focused on patient care, helping caregivers deal with their patients easily and answering any questions they may have. Similarly, it is also designed to assist HCPs in supporting caregivers with any information they might need in caring for their patients. It also educates public about the disease.

The content is integrated with social media across the region and targets caregivers and the public aged between 18 and 45 years old (the typical caregiver age range for dementia patients).

The project was built on market research and customer survey data to confirm the communication channels and patient staging in clinics, as well as market feedback obtained via the field force.

The process of designing and setting up the communication channels was informed by local surveys undertaken to assess the HCP interest in different channels, with content tailored for each audience segment. A process of continually updating and renewing content ensures that HCPs can find new items of interest on all the channels.

What were the key criteria used in designing an engaging experience for the HCPs?  “The project is an interactive one built generally to secure a continuous dialog and scientific debate among HCPs, taking into consideration their requirement for continuous improvement,” Wageeh explains. The project delivered simple clues and tools that can be integrated into HCPs’ daily work to help them identify dementia patients who had been overlooked before. The design also took into account peer-to-peer opinion sharing and the need to invite guest doctors of “high scientific value”.

So has it been a success? The website attracted 21,000 visits during the first 100 days online, according to Wageeh.

Two years after the launch, following continuous development of the project, there has been significant progress on the ground, he adds. Dementia has been considered in many hospitals, and in several countries for screening by GPs, while awareness in the community has significantly improved. Many hospitals in Saudi and the Gulf have set up memory clinics; others have set up dedicated geriatric medicine and memory clinics. This has translated into significant market growth across Egypt, Saudi Arabia and the Gulf countries:

(All the above figures are based on IMS data and reflect an increase in the number of treated patients and a better stay on therapy and longer treatment duration.)

How was the project managed?

The project has been managed by the Lundbeck Middle-East regional marketing department in cooperation with medical and education departments. It has also seen extensive collaboration between marketing and sales – including the field force and the sales managers – as well as the IT department plus the compliance function to ensure everything complies with local, regional and global standards.

How does the initiative break new ground?

The website itself is largely unbranded with no promotion, just the Lundbeck logo, Wageeh emphasizes. Feedback from senior neurologists suggests that the initiative is an important one given the lack of awareness in the market, providing a “valuable tool for better education and knowledge delivery to all their followers”.

For the GPs and internal medicine doctors who had largely been overlooking this therapy area, the initiative promoted involvement in simple relevant cases that they actually see in their daily practice. The program helped to highlight the “red alerts” physicians need to recognize by introducing simple educational concepts in each episode of the program.

Additionally, the distribution of public awareness materials inside hospitals and clinics not only served to inform the public, but also created a pressure over HCPs to learn more about dementia, in order to be ready to answer public inquiries about the condition.

Furthermore, being entirely in Arabic, this educational program fills an important regional gap. At the regional level, this has been the first initiative of its type and response has been “really encouraging”, Wageeh confirms.

Advice from users has been to develop the website further by adding more content. “We are planning to increase the scope of the project by launching the English version of www.alzheimerme.com and updating its content continuously in addition to entering into more partnerships with local and regional Alzheimer’s disease societies to increase the reach of the whole project,” Wageeh concludes.

For more information on the finalists of the eyeforpharma Barcelona Awards, click here.