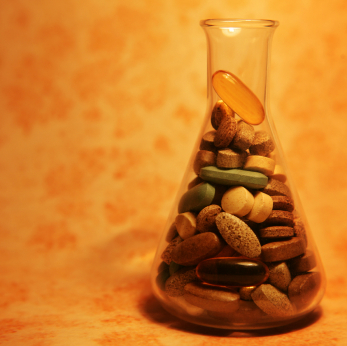 Real or imagined, high research costs have been spun into a virtue, a bottomless font of goodwill that borders at times on sympathy. Since the Kefauver hearings in the US 50 years ago, the pharma industry has pointed to research costs to justify pricing. Calculating actual costs is where everyone seems to run into trouble.

To this day, the most-cited figures come from the industry-sponsored Tufts University Center for the Study of Drug Development, which in a landmark 2003 study estimated development costs at $802 million per new molecular or biological entity. The US trade group PhRMA (formerly Pharmaceutical Research and Manufacturer’s Association) updated Tufts’ estimate in 2006 to $1.32 billion.

But writing in Health Affairs in 2006, Christopher Adams and Van Brantner of the US Federal Trade Commission noted that development costs vary tremendously among companies and therapeutic classes. Adams and Brantner provided a range, from $519 million to $2.1 billion, which while sensible nevertheless re-raised the stakes and added a fourth significant figure to an inherently imprecise figure.

The bank robber Willie Sutton picked a particular venue “because that’s where the money is”; with drug development, clinical studies are the proverbial bank. According to Tufts, two-thirds of study sites today fail to meet enrollment requirements and fewer than one in four patients completes studies for which they register. Tufts attributes dropouts to “an ever increasing number of procedures,” meaning protocol complexity, which also extends study cycle times and increases overall cost.

A Tufts “Impact” report from late 2010 indicates that among the top 50 drug development firms, larger companies terminated testing in phase 1 at a higher rate than smaller ones. Thus, big pharma’s “fail early” mantra may actually be working against it, as firms abandon potentially promising molecules rather than work through safety or formulation deficiencies.

In 2010, Tufts announced a series of executive seminars on drug development costs. Among the Center’s recommendations: remove some distinctions between clinical phases (a matter of practice rather than law), commence clinical trials earlier in the development cycle, rely more on inter-company collaboration (Lily, Merck, and Pfizer already do this in Asia), and institute “exploratory” Investigational New Drug Applications, a type of “pre-Phase 1” investigation through which firms test multiple compounds simultaneously.

A paper published in the March 2011 London School of Economics’ BioSocieties journal sought, once and for all, to “demythologize” the allegedly high costs of pharmaceutical R&D. But in so doing, authors Donald Light and Rebecca Warburton, of Stanford and the University of Victoria, British Columbia, respectively, may have substituted one myth for another. (The authors did not respond to requests for an interview)

Light/Warburton note that the original Tufts data comes from a selected group of 10 big-pharma firms, whose claimed $121 billion in aggregate research spending does not square with the industry’s own estimates of R&D outlays as 1.2% of sales. Moreover, Tufts’ estimates of clinical trial duration (7.5 years) overstate this phase by a factor of two, while citing average vs. median development costs skew estimates toward the high end.

But the kicker: Almost half the costs Tufts attributes to R&D accrued from cost of capital (COC), or the expected return had the money been invested elsewhere. Tufts generously assigned a value of 11% to COC, which is high by the standards of even the most brazen stock-touter. Yet the Light-Warburton figures, a low $43 million per new drug—they jokingly attribute the $1 billion to $2 billion discrepancy as a “rounding error”—do not feel right either.

Oliver Fetzer, president and CEO of Cerulean Pharma, says that by protesting too much Light/Warburton fail to advance the discussion of high development costs. Fetzer’s own estimate, based on conservative published R&D expenditures and unchanging approval numbers, is closer to $1 billion.

In the June 2011 issue of Nature Chemical Biology, Pfizer scientist Mark Bunnage estimates R&D outlays for nine selected large drug firms at $60 billion in 2010, with just two NME approvals. Bunnage chose his companies carefully. One could, after all, tilt the R&D-to-NME ratio to infinity by limiting selection to firms with no NMEs at all. The FDA actually approved 21 NMEs in 2010. Bunnage heads medicinal chemistry at a UK Pfizer R&D unit that has been downsized into oblivion. Restricting R&D productivity calculations to NMEs naturally skews costs skyward.

Follow-on products based on new dosage forms and delivery mechanisms can be quite lucrative (with some commanding NME pricing), as are prescription-to-over-the-counter switches. The FDA approved close to 90 such products in 2009, the last year for which data is available.

Regardless, says Fetzer, the issue is not so much actual dollar outlays but high clinical failure rates: “Merck used to boast that it had never experienced a phase 3 failure. Now it’s commonplace. The odds for late-stage success are not improving.”

Fetzer suggests that the industry’s current predicament arises from overly high hopes. New drugs were supposed to spring from the Human Genome Project like mushrooms after a rain, but translation from lab to clinic was more difficult than anyone imagined.

Simultaneously, our expectations for new medicines “are bordering on the insane,” he says. “Everyone expects drugs to be virtually risk-free and tremendously effective, but safety hurdles are such that many promising medicines cannot even be considered for clinical development.”

Despite the mysterious nature of R&D spending estimates, the vast majority of those in the loop believe that if anything, drug development costs are underestimated. One such person is Kimberly K. Egan, who co-chairs the Health Care sector at the Washington, DC law firm DLA Piper: “Bringing a drug to market is much more expensive than the public realizes, even higher than the generally accepted figures.”

Egan attributes a good deal of the expense to large firms’ fixation on “big-pop indications,” impatience at large and small firms with difficult compounds, and safety concerns that exacerbate both factors. She predicts that “we’re going to see a lot of innovative business models for big pharma” that include collaborations at the top tier and with smaller firms. (For more on collaboration, see New models for drug discovery and marketing.)

Indeed, as grappling with the innovation gap becomes more perplexing, “innovative” business models concocted largely at business and management consultancies proliferate. One could in fact trace the drug industry’s stagnation to the demise of the scientist- or engineer-manager in favor of professional, interchangeable c-level executives.

In his piece, Bunnage explained that in the face of horrifically declining returns his nine firms increased R&D spending. Yet his list of companies included: Pfizer, which early in 2010 announced it was cutting R&D by $3 billion (27%); GlaxoSmithKline, which shaved $1 billion from R&D during 2010; AstraZeneca, which plans to cut 1,800 research positions in an effort to save $1 billion by 2014; Merck, which announced plans to eliminate eight research sites worldwide; and Roche, which eliminated 600 jobs related to its RNA interference program.

Arjun Bedi, a partner within the Life Sciences R&D Practice at Accenture, thinks that cuts are not all that bad provided they are applied intelligently, an increasingly rare proposition when the horizon of expectations stretches only as far as the next quarter’s earnings report. “Our view is that cost takeout is occurring sub-optimally,” he says.

In other words, to reduce costs by a mandated 15% an R&D chief might take the path of least resistance and eliminate risky programs with potentially high long-term reward (as Roche did) rather than institute belt-tightening for every program. “But the goal is to increase output, not simply lower costs,” Bedi says. “It’s a multi-dimensional problem. Your solution will be very different if your goal is to reduce costs 20 percent while improving output 50 percent rather than simply cutting expenditures.”

Bedi’s solution involves at least two innovations: sequential regulatory pathways leading to “progressive blockbusters” and reducing compound attrition by generating insight from the industry’s mountains of data. ‘Progressive blockbusters’ refers to breaking up a product’s potential indications into small, easily digestible units and building them up over the years. In other words, what companies are currently doing—innovating in the clinic and before approval committees instead of in laboratories. “There’s a lot of information we don’t exploit to its fullest,” he says. “If we can harvest those insights to reduce attrition by just 10 percent, that’s the equivalent of one extra new drug per year per company.”

If the truth be told nobody except for a few company accountants, perhaps, knows the true cost of pharmaceutical development, not for a single drug or the average for all drugs. The most reliable figures are hopelessly out of date.

Estimating the cost of drug development is akin to asking, ‘How much does a car cost?’ without specifying the type, year, make, model, and market. Interestingly, while manufacturers of most consumer goods, from computer chips to potato chips, prefer to boast about cutting product development costs, drug-makers wear their inefficiencies like a badge of honor.

Why this works in their favor is mostly cultural. Nobody cares how much Intel spent on bringing its new microprocessor to market; for drug-makers, such numbers are self-defining.

For more on marketing and R&D, join the sector's other key players at KOL & Stakeholder Engagement Europe on Feb 21-Feb 22 in Berlin, SFE Europe and eMarketing Europe on March 27-29 in Barcelona, and SFE USA on May 30-31 in New Brunswick.