To overcome its image problem with the public, pharma must open all channels of communication and ensure that the information they provide about their product is fair and balanced. 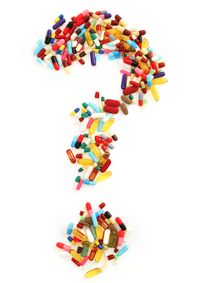 When you get a prescription from your GP, you trust that the physician knows what he or she is doing. After years of training, they know how to read and interpret the evidence they’re presented with, and can competently assess the risks and benefits of a given therapy. But the reality is less rosy. As noted already by Ben Goldacre in Bad Pharma, doctors don’t know everything about the drugs they prescribe, and it's about time drug manufacturers opened up and shared all the information they have on their products.

“It’s a strategy of companies to keep us uninformed,” said Dr. Mathias Flume, a representative of German physicians’ associations, speaking to eyeforpharma ahead of his appearance at the Payers' Forum.  Physicians’ associations are part of the German ambulant healthcare system, and are responsible for ensuring there are enough doctors in a given region, and that those doctors have the resources necessary to do their job.

“Often manufacturers ‘forget’ to provide information about the price they want to charge, or the comparative efficacy data, not to mention that their critical assessment of the drug is always missing,” he added. “Pharma has one chance to talk about their products with us. The critical opinion should be on the table, it doesn’t make sense to have a discussion without it.”

Dr. Flume is right. For the sake of patients everywhere, physicians should be informed about the drugs they prescribe. Manufacturers should provide doctors with a balanced account of their products, instead of leaving doctors in the dark, forcing them to research drugs on their own.

What doctors do and what they don’t know

Without well-balanced information provided by pharma, doctors do their own research. “We read original documents from the European Medicines Agency (EMA) and the Food and Drug Administration (FDA). On top of that, we go over the papers published in independent magazines. There are also independent organizations in Germany that conduct drug assessment, and we consult international payer networks. All this brings us towards a better understanding of the product,” Flume said, admitting at the same time that the solution isn’t perfect, as you can never get a full picture of the medicine.

But academic literature, although regarded by many as the highest authority, is biased and should be approached with caution. For example, positive trials are more likely to be published than negative ones, so trying to get an independent view of whatever is subject to testing is a gargantuan task that requires skills and resources physicians often don’t have. First, when an independent meta-analysis is not available, getting a feel of the situation requires identifying all published trials, which is a tedious task. Second, one must chase up studies that have not been published by identifying trials that had been conducted and contacting their authors. It sounds simple and straightforward, but ask anyone who’s ever done it and they’ll roll their eyes and change the subject. Third, assessing the quality of evidence in research papers requires statistical savvy, something that is rarely taught in medical schools. Given this reality, the industry should jump at the opportunity to inform doctors.

We’re skeptical about the information provided by pharma

“Experience teaches us not to trust pharma,” Dr. Flume admitted. It’s not a surprising statement. Everybody knows that pharma has got “trust issues” with the public, but perhaps there is a light at the end of the tunnel. It would suffice if pharma were open about the drugs they’re selling.

“If you look for information on your own, you can’t help but stumble upon very negative views,” Dr. Flume said. “The perception of their products would be much better if pharma provided all the information themselves.”

Doctors don’t know everything about the drugs they prescribe and they might not have the skills or resources to conduct independent research that would inform their prescribing behavior. Although reluctant to do it so far, pharma should seize the opportunity to inform doctors about the good and the bad aspects of their products in the interest of patients and the industry’s image.

Mathias Flume will be speaking at the Payers' Forum, October 1-2, 2014 in Berlin. For more information on his presentation, click here.