“Today is Tomorrow. It Happened!” – Pharma Stuck in a Digital Timewarp

"Is pharma slow to adopt digital?" If you're still asking yourself this question, or some iteration of it, then I think both you and I already know the answer... 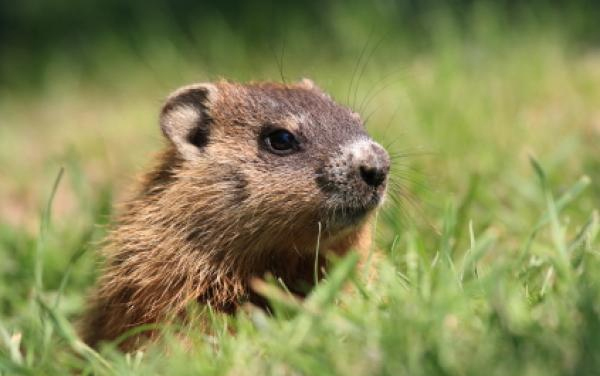 “What would you do if you were stuck in one place and every day was exactly the same, and nothing that you did mattered?”

A few days ago I had the pleasure of reading yet another article on a pharma marketing website asking the familiar question: ‘Is pharma applying digital quickly enough?’ I am surely not the only one who feels like taking a sledgehammer to my monitor when I read headlines like this. As I scanned the title (perhaps the twentieth time I’ve read some version of it in the past 12 months) I found myself shouting at the screen: “if you’ve got to ask the question then you already know the bloody answer!”

It is time to break out of this repetitive, self-deprecating cycle and realise that the only reason you’d need to ask this question is if you already know there’s something glaringly wrong with pharma’s current digital strategy. While the industry agonises endlessly over whether or not they are slow on the uptake, other industries are already looking past digital to the next big thing on the horizon. Instead of navel-gazing, it is time to ask ourselves how other industries managed to get a head start, what pharma should have done differently, and most importantly, how the industry can now catch up with digital frontrunners?

Seven years after the emergence of Twitter and nine years after Facebook was launched, pharma is lagging behind almost every other industry around the globe including travel, retail, automotive, telematics, banking, governmental services such as housing and benefits… event Intelligence Agencies.

Ángel González, Founder & CEO of social media advertising company Ideagoras, recently told eyeforpharma that “based on our experience dealing with social media projects in the pharmaceutical space, we recognize that there are some companies that have not been brave enough to make this step to break in social media.”

While there has been some progress in this field, other areas are still lacking the digital treatment. For instance, although the current model of recruiting for clinical trials is costly and inefficient, pharma have been resolute in sticking to traditional methods of patient recruitment. To date there has only been one fully digitized clinical trial, conducted by Pfizer; it was not wholly successful, as first attempts rarely are, but pharma should be prepared to learn from Pfizer’s mistakes and press on with digitizing its clinical trial process.

A recent report by Capgemini characterised the pharma industry as a whole as remaining in the “digital beginner”  stage, with many firms “just beginning their digital journeys,” while accepting that in every industry there are companies in the “digirati” category who have already begun to gain the benefits of digital transformation. Capgemini found that these top-performing companies are on average 26% more profitable than their more digitally lacklustre competitors; that’s one hell of a reason to go digital. So why has pharma been among the slowest adopters of digital to date?

The Capgemini report suggests that concerns over regulatory infringements may be one explanation, as companies are still wary of interacting with patients online in the absence of clear-cut FDA guidance in this area. For instance, strict rules on how pharma should respond to unsolicited requests for information on off-label uses are still not forthcoming. Worries around the potential burden of reporting adverse events could also be working to dissuade pharma from going digital.

However there is evidence that the potential burden of adverse event reporting has been exaggerated. A Nielson analysis has found that just one out of 500 patient social media messages meet all of the FDA’s criteria for an AE report, and in an interview with eyeforpharma, Janssen’s Director of Digital Media Clement Chan suggested that the issue could be avoided altogether  if a company provides clear rules to users of its online communities: “we let patients know what the rules are, that they cannot mention a drug by name, or create adverse event comments, and they have abided by the rules. So far these rules have worked very well.”

Other reasons often given for pharma’s hesitation over going digital include concerns about a lack of ROI, shrinking promotional budgets and a lack of commitment from a company’s C-suite. The effects of the patent cliff and the resulting loss of profits mean firms are less likely to take risks on forms of advertising that are perceived not to have a tangible ROI, which often translates into a lack of funds available for social media innovation. This kind of viewpoint is understandable, if limited. As this PharmaForum article recognizes, emerging technologies very rarely demonstrate ROI in the short-term, but this shouldn't stop companies from adopting them – otherwise they might find themselves forced to play catch-up in a few years’ time. While traditional ROI measures might not be applicable to a social media campaign, other metrics that demonstrate ‘brand awareness’ can still be utilised to gauge success in this field: metrics such as ‘blog comments,’ ‘YouTube views,’ or ‘Volume of retweets on Twitter’ are useful for this purpose. What matters most is that digital initiatives such as setting up a Facebook page or Twitter account are understood in the context of the company’s overall strategy:  without a strategic ‘road map’ with a clear goal at the end, there will be no way of measuring the success of individual tactics.

Moving away from social media, there are other areas where pharma can press ahead with their digital efforts. The perfect way to demonstrate added value is to include digital services as part of a new product, unveiling these as part of the product launch. These will not only make your new drug stand out, but will also improve patient experience which will have a knock on effect on adherence. With the emergence of organizations such as Happtique, committed to providing doctors with a ‘formulary’ of apps that they can ‘prescribe’ to patients much like medicines, this is one trend that pharma can’t afford to ignore. Another is gamification. Applications that turn exercise into a fun activity by using tactics found in games (competitiveness, rewards, goals) have been around for a few years, so there is no excuse for pharma having waited this long to start applying the concept to other aspects of healthcare.

The thing that united mobile apps and gamification, social media engagement and digitized clinical trials is that they are all centred around the patient. Becoming a pharma ‘digirati’ involves acknowledging that modern patients and other stakeholders are more digitally savvy than ever before, and that any new direction taken by a company must take into account the ways patients are already communicating.