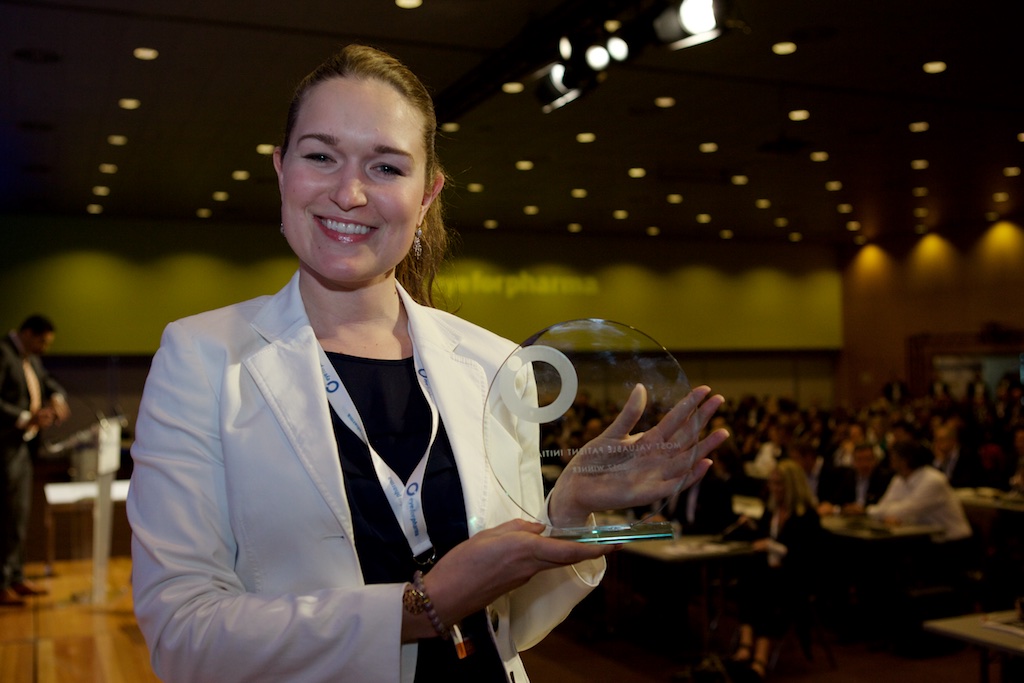 A true example of ‘blue-sky thinking’, Takeda’s #FlyWithIBD campaign wowed the judges in the Most Valuable Patient Initiative at the recent eyeforpharma Awards 2017. The campaign was designed to increase awareness of the travel challenges faced by people living with inflammatory bowel disease (IBD) and to bring about genuine changes in the airline industry.

Air travel can be stressful for the 32 million people globally with IBD or IBS. They often have very restrictive dietary requirements so a limited range of in-flight meal options can lead to serious relapses.

A Takeda employee’s personal experience while flying was the genesis of the project, which saw five airlines (including United, Swiss, Air Canada and ANA) commit to improving the experience of flying for people with IBD. They have also agreed to investigate longer-term solutions, including staff training and priority toilet passes.

The expert panel of judges at the European arm of the eyeforpharma awards were hugely impressed with the campaign’s concept and execution, praising “a simple approach with the ability to build to something that will truly impact on the lives of those with IBD”.

One judge said: “A brilliant example of real-life patient experience leading to collaborations and demonstrable change on the ground – or rather ‘in the air’, where the right food and access to toilet facilities matter most. I can personally relate to this.”

Rob Gallo, Head of Communications Europe at Takeda, commented on the challenge of gaining both external and internal buy-in for a novel and ambitious initiative. "We haven't seen this sort of collaboration in the industry before, particularly with airlines and patient groups. In the beginning, it took some time to get people on the same page [but] once everyone understood the genuine motives behind #FlyWithIBD, and the benefits and value it could bring to patients, support was fairly rapid."

Audrey Liechti, Communications Manager at Takeda UK, accepted the award on behalf of the entire Takeda team. "It wasn’t easy but I’m very happy we were able to get this off the ground," she said.

The judges bestowed a special commendation on AbbVie for its Doctor’s Channel program, which saw a successful YouTube channel provide educational health videos on a wide variety of medical conditions and diseases using short, simple and clear videos from senior physicians.

Finalists in this category included:

Ask your Dermatologist (Novartis) – employing the largest global psoriasis patient survey to better understand the impact of psoriasis on patients’ daily lives and assess what clear skin really meant to them.

IBD Unmasked (Takeda) – a collaboration with Marvel in a first-of-its-kind global initiative to highlight the daily battles and the remarkable strength of unsung ‘superheroes’ living with IBD – the Unbeatables.

Lighter Blue (Takeda with Lundbeck) – a campaign to engaged patients with depression through humor, and in “a place very few Rx brands dared to go”, Facebook.

Man Marking (Janssen) – raising awareness of the need for early detection of prostate cancer using what their target group was most passionate about – football or handball.

The Most Valuable Patient Initiative award is one of six categories of the eyeforpharma Awards 2017 Europe. All the winners and more information on the awards website.