eyeforpharma talks to Lucius F. Wright, MD, about the importance of Real World Evidence from a doctor’s perspective, and about what pharma needs to do to win back the trust of physicians. 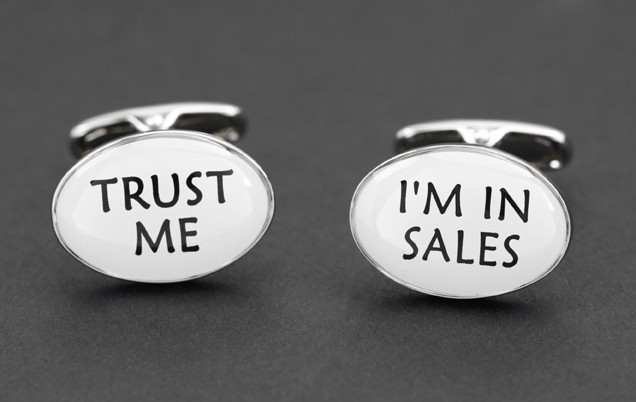 Lucius is a practicing physician who has worked on quality improvement in acute medical and surgical hospitals and outpatient dialysis units. In his view, a lot of drug companies aren’t doing enough to convince physicians that their drugs represent real added benefit. “I see so much pharmaceutical marketing as an attempt to create hype around drugs which are actually ‘me-too’ therapies. It has gotten to the point where I won’t see pharma sales reps any more, and a lot of my colleagues feel the same way. This is a shame because pharmaceutical companies are in possession of a lot of data which would be useful to practitioners.”

“For instance, they have data about such as the behaviour of a given drug in the real world population, yet often choose not to release this information. They know how many people are on a given drug either alone or in various combinations with other drugs.  It is possible to use data mining to show whether there are differences between two drugs or not. Of course, if there aren’t differences then drug companies are loathe to make that information available. I acknowledge that there is a risk involved for drug companies in collecting this data – conducting a real world side-by-side comparison of six statins would be beneficial if your drug comes out on top but if you are lagging behind it would not be so helpful.”

This can really change the tone of the conversation, because drug companies will no longer be suspected of withholding information from physicians

Nevertheless, Lucius believes that one way drug companies can build trust with doctors is to provide all the data they have on a drug, whether it is good or bad. “It would certainly improve a company’s reputation for trustworthiness if the company comes out and says, this class of drug doesn’t work very well in this situation but it is great in that situation and here are the data that show this. This can really change the tone of the conversation, because drug companies will no longer be suspected of withholding information from physicians.”

“Many physicians see pharma companies as manipulators who know how many scripts they write, who the key opinion leaders are, and how to influence prescribing behaviour. There is nothing inherently evil about marketing a drug, but once a physician feels they are being manipulated, they will start to use the same defences on pharma that they use to block out advertising on the TV or the internet.”

Lucius sees a lot of the marketing that pharmaceutical companies engage in as presenting an unrealistic picture of what can actually be achieved with medicine, something which leads to inflated expectations and disappointment further down the line.

“One example would be the direct-to-consumer advertising around statins, which basically implies that if you are taking a statin you won’t have a heart attack; this is blatantly not the case. The adverts never explicitly make claims like this because the FDA and the FTC would be all over them about it, but the implication is pretty clear when you watch the adverts. In fact what the data shows is that if you’ve had a heart attack and you take a statin, and it’s not perfectly clear it matters which statin, your risk of having a second heart attack is reduced 50%.  Now, a 50% risk reduction is pretty good in terms of approving therapeutic efficacy, but on the other hand, a 50% risk reduction where the risk of having another heart attack in the next year is 10% means reducing the risk from 10% to 5% which isn’t nearly as impressive. However, even a 5% reduction in heart attack rate is by and large a good deal, a fact which is obscured by the overblown rhetoric pharma uses in statin advertisements.”

A more honest approach to marketing could lead to a more collaborative relationship between pharma and physicians: “pharmaceutical companies should be able to say to physicians, ‘listen, we have this new medication and we’re going to be monitoring it, the information we took to the FDA looks promising but we need some post-marketing data so we may call you back and ask you to anonymously provide some additional information about comorbidities etc.’ In other words we need to move towards a more collaborative model that takes into account the fact that when a drug gets onto the market it’s going to be used in people who have comorbidities. Studies that get published in the big journals often do not reflect this; in order to reach statistical significance and to make achieve manageability in terms of time and cost, the patient population is usually highly restricted.”

“When a drug gets admitted into general use it’s supplied to large numbers of people who would have been excluded from that study. For this reason, providing more real world data on drugs, especially ones which have only been on the market a year or two, would be potentially very useful to physicians.  We treat very few patients these days who are otherwise basically healthy and only require one drug at a time.  The real world problem is that a new drug will be given in conjunction with other drugs where nobody has ever really tested for the combination.”

We need to get away from the idea that a physician who receives money from a drug company, no matter what it is for, is somehow contaminated by that exchange

Lucius thinks that Sunshine Act regulations on the disclosure of pharma-physician relationships have had a negative effect on collaboration between pharma and the medical profession. “We need to realise that it is ok if a researcher is funded by a drug company because they are usually the ones with money and the incentive to invest in the next big thing in medicine. We need to get away from the idea that a physician who receives money from a drug company, no matter what it is for, is somehow contaminated by that exchange.”

On the other hand, Lucius also stresses the need to balance monetary incentives with ethical considerations. He explains that if he were offered a role in a pharmaceutical company, it would involve trying to achieve this balance in terms of drug development. “Drug companies are engaged in scientific activity to the extent that they are developing new compounds with therapeutic benefits. A lot of these development decisions rest on estimates of market size and saleability of the drug versus the cost of development – drug companies have to make a cost-benefit calculation and I’m not inherently opposed to that. It doesn’t have to mean being socially irresponsible, however I think there are times when the pressure over top lines and stock prices work to override doubts a company may have about a drug. I am referring here to ‘me-too’ drugs with no added benefit beyond the current standard of care. The question is, how to set up company structure in such a way that the person who has to make the final decision is held accountable for something other than the price of the stock.”

Lucius ends by posing a question to our readers here at eyeforpharma: if there was a job going at an imaginary pharma company and you could have any position you wanted, which would you choose? And why? Answers in the comment section below.

Lucius is joining Sam Ho, CMO at United Healthcare, Steven Bonner, President & CEO at Cancer Treatment Centres of America and Jill Sackman, Senior Consultant at Numerof & Associates for an expert panel making the market access case for real world evidence at the October Real World Evidence Summit, for more information on the panel or to find out which other industry leaders are attending visit the official website.