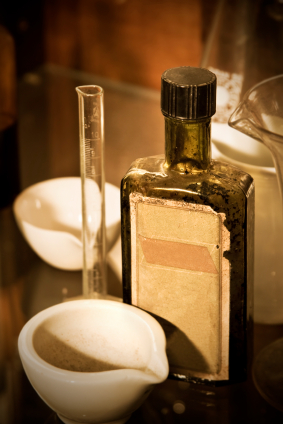 Professors John Weinman, Kings College London, and Keith Petrie, the University of Auckland, are two of the most prominent researchers in medication adherence. Their research has greatly increased our understanding of the factors affecting patient behavior and the ways in which adherence to prescribed medication can be improved. In this interview with Atlantis Healthcare, they discuss how our understanding of treatment adherence has developed, where we are today, and where they see the field going over the next five years.

How long have we known that non-adherence is a problem in healthcare?

John Weinman: Oh, we’ve known for many, many years. There have been studies that go back forty, fifty years that show that patients don’t take treatment as prescribed. The work really gathered momentum in the 1980s and 1990s. People started to do reviews [of the research], looking at the extent of the problem, realizing finally that the problem was huge. And the interesting thing was that the reviews showed that the problem was right across all clinical domains. I think, in the past people had thought it might just be a problem for treatments that didn’t really matter. I think what the emerging evidence over the last twenty or thirty years showed is that the problem goes right across all treatments and all conditions, including really serious conditions, where non-adherence [poses] a huge risk.

Does it really matter if patients don’t follow treatment recommendations? Does it affect the patient’s health?

And there are a number of reasons for this. If the treatment is an evidence-based treatment, it has been shown to be effective in clinical trials. If you [don’t] take it, you’re [not] going to get the clinical benefit. There is a very famous saying, ‘The treatments don’t work if the patients don’t take them’. The relationship between adherence and outcome is clear but it’s not a one to one relationship. Part of this [better outcomes found with adherent patients] is due to taking the medication. But also, without a doubt, part of the improvement is due to the fact that people who are adherent are probably more interested in healthcare. The patient who adheres is probably gaining all sorts of health benefits not just from the treatment but also from their attention to looking after their health in other ways. But overall, looking at [studies of] the relationship [between adherence and treatment outcome], there is always a consistent correlation between whether you take the treatment and the clinical outcome.

What have been the key developments in research and theory that have led to our present understanding of the adherence problem?

Weinman: I think there are a number really. One is that the methods for studying adherence have improved. There are still problems in how we actually measure adherence, but there are technological and other developments that allow us to get more precise estimates of the adherence problem.

In terms of changes in our understanding of what is actually going on and in our developments of theory, there has been a move away, very strongly, from the idea that adherence is just a problem for certain sorts of patients or in certain sorts of diseases. We now know that more or less every patient, across diseases, will be non-adherent at some point. Non-adherence can occur with anybody.

The perhaps more profound aspect of non-adherence, which I think people have gradually come to realize much more over the years, is the so-called intentional non-adherence. Here the patients know what to do. They have no memory problems or planning problems. But they have made a decision that they don’t want to take this treatment in [the prescribed] way, or not at all, or they are only going to take it partially. We now know that this is very much a motivational factor and [their decision is] based on their own beliefs and understanding of what they think their condition is or on what they think the treatment is or isn’t doing to them.

Really, that [finding has] been particularly important. Because that’s the more profound aspect to non-adherence and now we know that we need to develop interventions to target both types of non-adherence.

What can we do to improve patient’s adherence?

Keith Petrie: I think that’s the biggest question in the field at the moment: What are the effective interventions that can make a difference, so we can get people to adhere more? I think that there are a number of things that can be done. [The most basic things] are making sure the person understands the treatment and making sure the treatment is delivered in the simplest ways, so it’s not complicated for the patient to take and to know what to do.

Regarding the point that John was making before, about patients deciding not to adhere to treatment; really, to make any in-roads into that, you have to change beliefs. Firstly, you have to identify what beliefs a patient has got about the treatment that they’re taking and then target those beliefs and [influence] them in a direction that’s more consistent with adherent behavior. To do that so you can make a difference to that particular person really involves personalizing the interventions around the patient themselves, so the intervention makes sense to the person you’re targeting. And that does take a bit of work because you have to analyze or understand how the patient is seeing their illness and also understand how the patient is seeing their treatment, then identify those beliefs that are not helpful and target those in particular. That, I think, is probably the biggest area that people can focus on in the [adherence] field at the moment.

What are some of the new developments to improve adherence?

Petrie: I think the biggest area of change is technology. Technology gives us the opportunity to monitor how patients are doing with their treatment, to let us know whether they are taking it and so forth. But it also, interestingly enough, gives us the opportunity to reach out and touch the person directly and to change or modify some of those beliefs that they have. Things like smart phones offer us an opportunity to deliver information and messages to patients in a way we couldn’t do before. We can also use technology such as iPads and tablet technology to show people in an interactive and visual way what’s actually happening in their bodies when they take medication or why a particular disease process works so that people can develop a much more concrete understanding of the treatment itself.

I think there are some other areas that are going to be important in the future, and are already important to some degree but interventions along these lines haven’t been developed yet. One is dealing with patient side effects. Side effects are a big area in adherence because they are a very big reason for people to stop treatment or to modify their treatment or to go onto other types of treatment. So, making people able to deal more effectively with the side effects they get, preparing them for the types of side effects and building up their confidence about dealing with those side effects is also a major area.

A lot of the treatments now are not just delivered by a tablet. There are also infusions and all sorts of other modes of treatment that people have to deal with. So we have to be reasonably creative about how we equip patients to deal with those problems including, of course, changing patient beliefs about them.

Really, the challenge for the [adherence research] field is that it is critical that we develop new ways of doing this that are effective, economic and scalable.

For more on the future of patient adherence, see our stories from Patients’ Week 2011.

For more on patient adherence, join the sector’s other key players at Patient Adherence Europe on May 31-June 1 in London.