The power of apps

The potential of mHealth to achieve real change in patient behavior has led pharma firms to develop myriad apps. One of them, Novartis’ Helio (now re-branded as Volari COPD) for COPD sufferers, has just been shortlisted for the Most Valuable Patient Initiative. 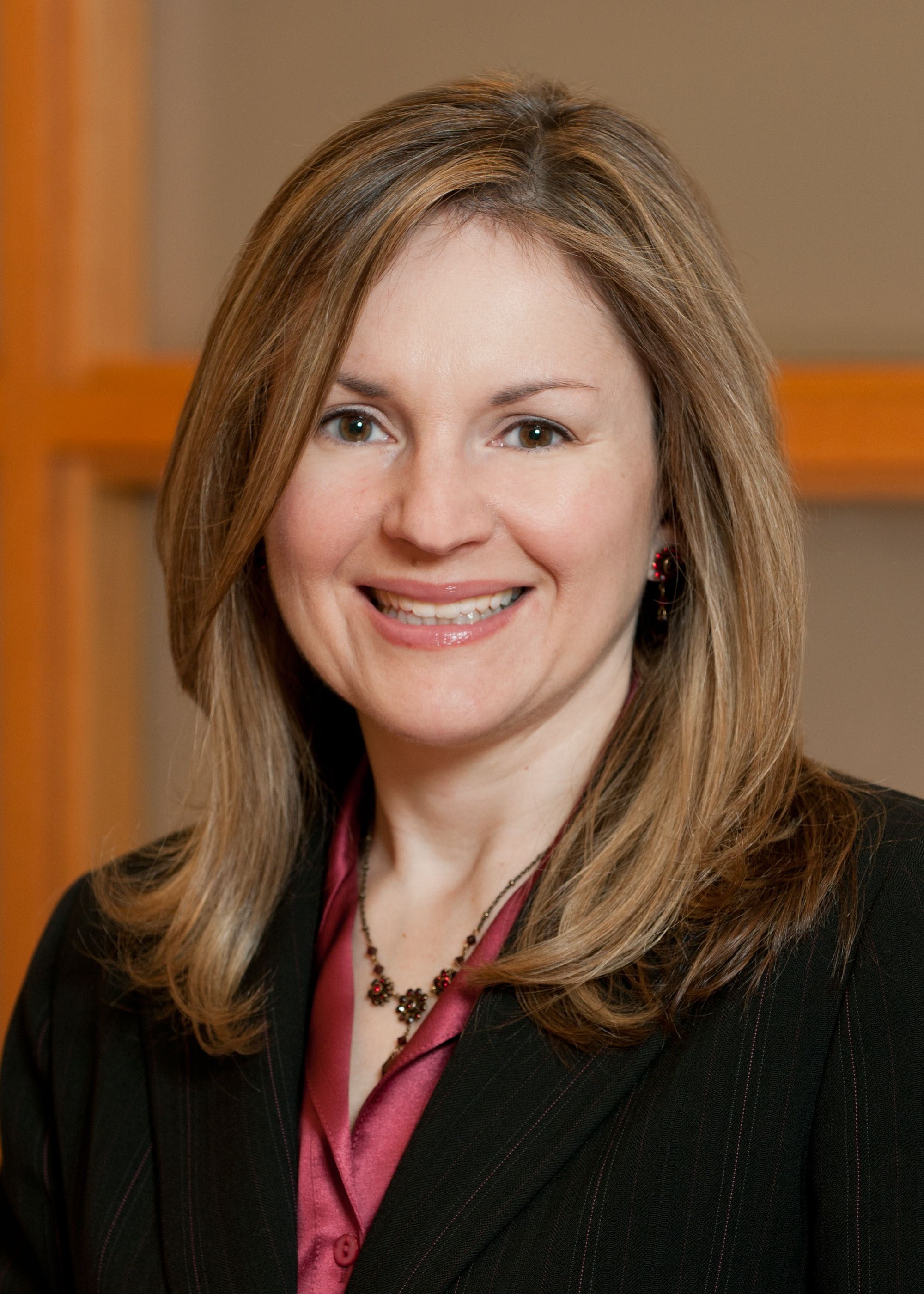 Novartis has partnered with digital agency, INVIVO Communications, to develop Helio (Volari COPD), a disease and lifestyle app piloted with Chronic Obstructive Pulmonary Disorder (COPD) patients – and the judges in eyeforpharma’s Philadelphia Awards have shortlisted it in the Most Valuable Patient Initiative category. This is in large part because Helio has already proved effective in modifying patient behavior. 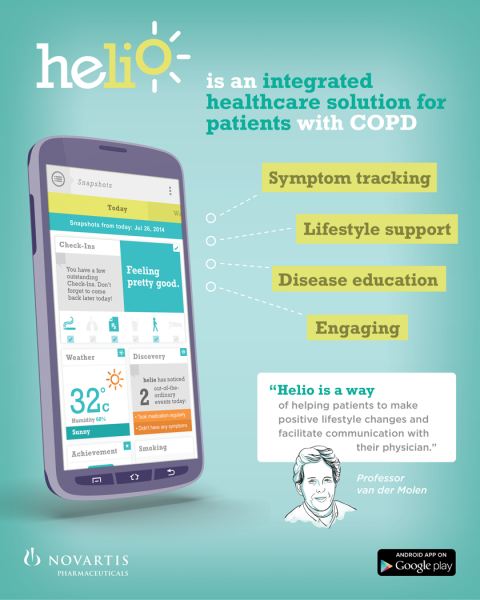 Dwayne Dixon of Alcon went so far as to say: “This has the makings of being transformational for how chronic disease can be managed in the future.” Novartis and Invivo are confident that Helio can be applied to any disease area but it made sense to start with COPD - a chronic, incurable, progressive condition, which dramatically affects people’s day-to-day living. Via market research, the companies found that patients wanted a quick way to see how their COPD was developing over time, what may be impacting that progression, and what was in their control to maintain their current quality of life.The app supports them in changing their behavior, tracking their disease, and motivating them throughout their ongoing treatment using a gamified rewards structure which was designed to make interactions with the app fun and rewarding. It is important to remember that Helio is not focused on any particular drug – it is purely about behavior change in a therapy area where altering, say, diet and exercise can be as effective as medicine.

There are more and more players out there and we all need to be part of the solution".

”Patients with COPD have a special collection of needs and challenges but, by adherence to medication, exercise, smoking cessation, and diet some of them can improve their outcomes and slow the advance of the disease. In a phone conversation with eyeforpharma, Lita Sands, former Global Head, Digital MCM, Novartis, and Patti Rempel, INVIVO VP of Client Services, outlined how the project came about. The prevalence of smartphones makes health apps a potentially fruitful way for pharma to connect with physicians and patients and there are clear moves from manufacturers in this area to gain a foothold. “Pharma needs to be an ally of doctors, patients and payers,” Sands suggests. “There are more and more players out there and we all need to be part of the solution.”

INVIVO investigated the field and found that most health apps were non-generative – that is, they only gave back the same amount of information that the user had put into them, thus in effect creating very detailed journals. So while they were not short on data, they did not provide any insight. This is in stark contrast with the most popular (non-health) mobile phone apps based around media consumption, which actually become more personalized - and therefore valuable - the more they are used. If it were possible to apply that generative model to health apps, it could encourage patients to continue with a treatment regime and better manage their disease.

The gamification element of Helio saw users’ achievements unlocked through interaction with the app via their daily check‐ins, picking up badges for achieving various in‐app health challenges. But the creators were well aware that one person’s motivation is unlikely to be the same as another’s, which means that any app needs to build in a variety of factors to help nudge users towards doing things that they do not really want to do. “Behavior modification is not easy,” agrees Rempel. “We try to have many different check-ins.” These check‐ins are where the patient records his or her health information, with passive data collection (ranging from patient activity to air quality) used to augment what the user entered, with insights automatically generated algorithmically to identify what might be previously undetected patterns and trends. Above all, the user experience was paramount, and this realization was reflected in the design of the home‐page/feed, which had to convey essential health suggestions to the user, provide a summary of collected information, and encourage them to continue treatment. In the event, this was where a lot of effort was spent, working out what the information hierarchy should be within that page and making it look appealing.

A physician and key opinion leader in the COPD community, Dr.Thys Van Der Molen, was consulted during the project and provided a wealth of insight regarding the target audience, offering his feedback on wireframes, prototypes, and illustrations. During development, there was also a lengthy phase in which patients used a sophisticated beta release of the app. This provided a wealth of additional material and design direction for subsequent iterations of the project.

Picking out one highlight, they describe a patient who, after being asked to track the number of cigarettes he smoked each day, actually quit smoking".

It all seems to have worked, with the companies reporting “excellent rates of usage and response”. Picking out one highlight, they describe a patient who, after being asked to track the number of cigarettes he smoked each day, actually quit smoking. Overall, the app led to better management of patients’ conditions through behavior modification based on insight into current habits and associated symptoms. Convincing people to do something that they are not naturally interested in requires special effort, and INVIVO developed a guiding design philosophy they termed ‘Compound Engagement’. This worked on the basis that the longer a person used the app, the more value they should be able to get from it, which would in turn lead to them seeing that their actions were meaningful and pointing them towards a better quality of life. The launch was run in three countries over 100 days with 160 patients and, while there is not enough data to draw any firm conclusions or to prove a long-term benefit, Novartis and INVIVO are understandably pleased with what they have found so far.

The usage data indicates that the majority of the patients were highly engaged.  They embraced the daily challenges and over a third ranked as “Superstars” by checking in 25 days in a row.

Perhaps most surprisingly of all, almost half of the patients were still using the app on a daily basis six months after launch. This far exceeded any internal or external health app benchmarks. Furthermore, 4.1 out of 5 people agreed they would recommend Helio to someone else who had COPD while app store reviews averaged between 4 and 5 stars depending on the country. Finally, almost 70% said it gave them “new health insights”. Innovations of the project included passive tracking through accelerometer and app versus device usage (although only Novartis sees this information) as well as the feed and snapshots allowing the user to view and even share historical data.

The key thing everyone is looking at is ‘how does this fit into the treatment pathway".

Sands will be presenting on redefining pharma’s value proposition to survive and thrive in a new era at eyeforpharma’s Philadelphia conference in April – and she sees apps as part of that proposition, with pharma in particular needing to consider how it engages with the wider healthcare community and how it should thread its insight-generating tools though the healthcare ecosystem. Pharma is at the start of a journey towards making apps more user-friendly – and useful – and there is a way to go yet. “At the moment, the devices are probably being targeted more at healthy people,” she acknowledges. “The people who really need them perhaps aren’t so aware. But you can positively change behavior and it is incumbent on everyone in healthcare to help with that. ”Helio could be among the key drivers here, but Novartis does not necessarily see itself as ahead of the curve in this area. “We’re all doing interesting things in this space,” says Sands. “The key thing everyone is looking at is ‘how does this fit into the treatment pathway?’” This is a big question. “Even doctors are saying: ‘What do we do with all this data?’” she says. Collecting a patient’s health and adherence information is one thing – but turning it into compelling insights which they can action is quite another. But Sands and Rempel think they have a product which does that, and some improvements have been put in place already.

Next steps for Helio

The Helio app tracked and charted lifestyle behavior, which provided insight into habits that were affecting patients’ overall wellbeing. Patients could then share this report with their HCP to better manage their condition, with cumulative data giving both a better visual understanding of what needed to be done to have a positive impact on their condition. Lessons have been learned, not least in terms of a greater understanding of what a COPD patient needs in a behavior modification app, including a medication tracker or reminder. Reporting will be made easier in Helio’s next iteration after patient feedback and evaluation of usage indicated there was a need for this, the companies say.

In addition, a physician portal was created to enable HCPs to become more up to speed on COPD diagnostics and on the Helio app itself. Following the COPD pilot in Brazil, Spain, and the Netherlands, the app is being rolled out in ten more countries in 2015. But the building blocks of Helio – education, feedback, and rewards – are universal to changing behavior in almost all symptomatic disease states, and Novartis is going to trial it in two more (as yet unnamed) therapy areas. The manufacturer has just announced a $100 million tie-up with digital medicines group Qualcomm and Sands sees interesting times ahead as wearable technology changes the way – perhaps – that everything from diagnosis to adherence is carried out. When it comes to the future, there is a balance to be struck between over-estimating the short-term impact of mHealth on the one hand, and under-estimating its likely long-term effect on the other, she cautions. But she has one piece of advice for companies which may be dithering on the margins. “Don’t sit it out on the sidelines until it settles down,” Sands concludes. “It is never going to settle down. Get in there and try things out.”