Pharma Crisis? Improving Adherence Could Save You Billions!

Kevin Dolgin speaks to eyeforpharma about pharma's ongoing "crisis" and how improving patient adherence could provide a much needed injection of capital into your bottom line... 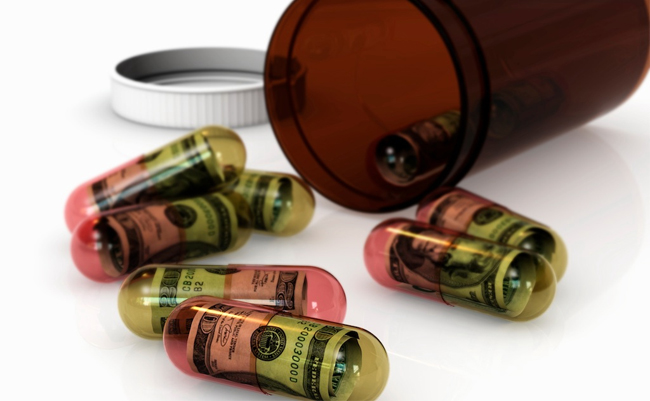 “I remember a couple of years ago when it was discovered that the pharma industry had now slipped below lawyers in the United States in terms of reputation… I don’t know why, I think it was just after the Vioxx scandal. Yes, public opinion certainly does have a big role to play.”

Kevin Dolgin isn’t a man who’s known to mince his words, as you’ll know if you’ve been keeping abreast of the column he’s written at eyeforpharma for the past year. He’s a fan of the big idea, the bold experiment and today we’re discussing one of the biggest ideas of all.

During the recent annual event in Barcelona, I was fortunate enough to get an hour with Kevin behind closed doors, where we discussed the future of pharma and how the industry is finally being forced to sit up and listen to the wants and needs of the customer.

“The pharmaceutical industry has not had to be patient oriented”

“I think that fundamentally - and I say this as somebody who didn’t start with pharma, I started with financial services - the pharmaceutical industry has not had to be patient oriented.”

“They’ve made so much money, and at a particularly high margin. That’s an important point because it’s true that it costs a pile of money to come out with a new chemical entity. There was a discussion yesterday over whether it’s $1bn or $2bn, but either way that’s a lot of money, even Apple doesn’t spend that much money to come out with a new device!”

“But once that new chemical entity exists, the actual margin, in some cases, is close to infinite. So from a sales and marketing perspective, when you’re dealing with an infinite margin product that in reality is pretty expensive, and furthermore you have no idea what the actual impact of your individual sales efforts are - that’s certainly a recipe for an industry that’s not going to be very focused on anything dealing with adherence, but rather purely on sales,” Kevin continues, “so you don’t need to talk to patients, you don’t need to talk to anybody really except for the doctors because you figure that they’re the ones who are driving your sales, they’re the ones who make the decisions, and every single sale from a doctor is going to be profitable because of your high margins, so off you go.”

Since the burst of the pharma sales bubble back in the mid-noughties, the customer – the physician, has increasingly vetoed any attempt by big pharma to continue with traditional sales methods. The “90 second pitch” and free lunches are not just a distant memory, they’re an embarrassment to the industry. So with physician time becoming scarcer, the industry need to look towards other sources for improved returns – perhaps the other end of the healthcare funnel?

“If you can increase adherence, that’ll increase your revenues... period”

“If you really take a look at what pharma companies spend to improve market share: promotional spending, sales and marketing efforts addressed at prescribers, as well as American DTC (direct to consumer) and you put all that together and compare that to what’s spent on increasing adherence post-prescription, the ratio is 97 to 3.”

“The general consensus is that adherence in most therapies is around 50%. I’ve seen figures that estimate that pharma globally loses $350bn a year due to non-adherence which is more than 1/3 the total market size, so effectively 25% of their revenues are gone due to non-adherence. If you can increase adherence, that’ll increase your revenues... period.”

We’ve all heard the banging of the “patient-centric” drum more times than we care to remember, but it’s refreshing to hear a business argument harmonizing with that familiar drum beat. Kevin is right of course, improving adherence will significantly improve drug revenues and bottom line – so I find myself wondering why so many people fail to point that out when rehashing the same old message?

Kevin continues, “Think about osteoporosis, for instance. An 80-year-old woman has osteoporosis, she might be taking her drug, but poorly, or she might have just stopped. Either way, there’s a very distinct chance that she’s going to suffer a fracture, in which case she might die. One way or the other, her life is going to be shortened. She’s not taking the drugs regularly over her life which is shortening, and the overall revenues - it sounds very mercenary to speak in those terms - but nevertheless, the overall value of that patient as a user of that drug, is considerably less.”

Mercenary indeed! But when you’re arguing the patient’s corner in the face of a multi-billion dollar industry, dollars and cents speak volumes.

However, despite there being some effort made in the adherence arena, Kevin still feels that pharma has a long way yet to go: “There are some companies; I won’t name names, that have really gone much farther than others. There are some companies that have senior level positions for adherence officers, or patient officers, and those of us who provide services to the industry know who those companies are, and there’s not many. Pharma has their marketing and sales efforts and they’re focused at primarily getting market share and sometimes increasing that diagnosis rate. Then, on the side, we have all these wonderful things that we do with patients because we know that’s important too. It's just not important enough to be a central part of our strategy, or it wouldn't be on the side.”

How important is it? Well the potential for increasing revenue by one third would seem tempting to anyone yes? Kevin certainly provides a convincing argument that there are big profits to be made by simply ensuring your patients are adhering to their treatment regimens, “my point is just as 20 or 30 years ago, you added the upstream calculation based on increasing patient flow [encouraging diagnosis], to increase in market size, now you have to look at the downstream calculation too, because if you’re earning 60 million out of a 10% market share, we know, in reality, that your share is potentially worth probably 120 million. Why? Because we know that adherence rates on average are about 50%.”

“If I can increase adherence rates by 10 percentage points, then my 60 million become 66 million”

We know non-adherence costs health providers, we know also about the emotional cost to patients and their families, but Kevin has also made clear, to me at least that even if you consider none of the above, you need to consider the costs to your own company. How many times have we heard that the pharma industry is in crisis? What if the solution has been hidden not in the next big merger, but in the end user all along?

“If I can increase adherence rates by 10 percentage points, then my 60 million become 66 million. But here’s the rub, I don’t know of any company that’s making that calculation and regularly building it into their brand plans. That’s my challenging point - do your product managers, do your brand managers regularly take a look and say what are the leverage points that I have in order to increase revenue?”

“Certainly consider market share, and also the diagnosis rate, but consider adherence rates also. It might well be that they’d be much better off, instead of taking this money that they’re spending, [the 97% spending going after market share] and take part of that and go after adherence instead. But I don’t know anybody who’s thinking that way. Hopefully, that will change.”

Adapting to the multichannel imperative: A special report