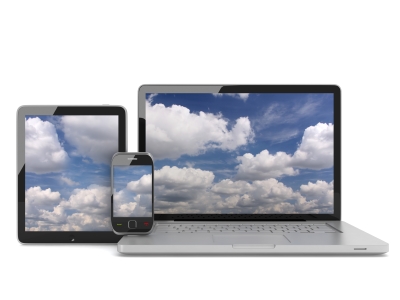 Once upon a time, every factory had an individual power source—water or wind, then steam, finally electricity. But then along came national grids, which grouped electricity from power stations around a country and offered it to individuals and companies without the burden of generation or maintenance. Once national grids proved themselves sufficiently secure and cost-effective, factories abandoned their personal power supplies en masse and plugged in. It’s the same thing with cloud computing today, argue some.

“We’re going through an almost identical evolutionary process,” says John Wise, executive director of the Pistoia Alliance, a nonprofit that aims to lower the barriers to innovation by improving inter-operability of R&D business processes through pre-competitive collaboration. These days, Wise points out, most companies still run their own data centers and servers.

But in the past few years, along has come the Cloud, which offers a way to store vast amounts of data online without the responsibility and upkeep of personal computing. With the Cloud, “you can get more, better, bigger, cheaper, faster, and it’s globally available,” says Wise.

Pharma in the cloud

Better, bigger, cheaper and faster sounds mighty appealing to those in pharma today. After years of cruising down the drug sales highway, the industry has exited onto a side street riddled with speed bumps: patent attrition, increasing regulation, decreasing access, less innovation, more competition. By and large, companies have responded by ramping up marketing campaigns at the expense of R&D, shrinking sales forces, and pursuing mergers and acquisitions and in-licensing of products, none of which has managed to fully smooth the ride. (For more on pharma’s challenges, see New models for drug discovery and marketing.)

“There’s a saying that money can make you stupid,” says Wise, “and I think there’s some truth in it. The industry for a long time has been very affluent, which has not been necessarily conducive to rigorous thinking.”

In addition to the ongoing pressure for continued growth, the industry faces baseline storage challenges on the R&D side. Laboratories have evolved to the point where they generate information, especially with next generation gene sequencing, with such rapidity that it’s difficult for local storage to keep up.

“First, we must face up to reality,” Lincoln Stein, a member of the Ontario Institute for Cancer Research, writes in his paper on the cloud and medical discovery. “At some future point,” he argues, “it will become simply unfeasible to store all raw sequencing reads in a central archive or even in local storage.” Faced with these twin pressures, the industry, despite its long-standing concerns about data security, has begun to assess keeping its data in the cloud.

The basics of cloud computing

In a cloud-based computing model, pharma companies, rather than manage server and storage platforms themselves, can outsource those responsibilities to big server companies like Amazon, IBM, Microsoft, Hewlett-Packard, and Google. These companies host massive public clouds, where anyone can interact with and store data (think Gmail) and engage with services (think Amazon Web services). But they also host private clouds—propriety networks or data centers with security measures in place that restrict access to only those whom a company deems qualified for admission.

In theory, pharma companies can rent space on these private clouds to store limitless amounts of data, whether it be next generation sequencing reads, drug trial results, or patient records. In addition, they can use cloud-based servers to communicate internally and externally. They also can abandon buying software and implementing it internally, region by region, office by office, and instead subscribe to software that’s streamed as a ubiquitous feature across their cloud, no matter where someone logs in. This is called “software-as-a-service,” or SaaS.

Given the scale of opportunity for the cloud in the life sciences industry, companies like Hewlett-Packard and Amazon are partnering with smaller science technology startups with expertise in the needs and challenges of medical innovation. The ultimate vision is that cloud computing will allow pharma companies to decrease the overall number of data centers they must maintain (thereby slashing IT costs), while simultaneously increasing their computing capacity and their ability to partner with others, like the academic community, during research.

Despite the promise of the cloud, there are some stumbling blocks. First, multinational pharma companies are likely to think long and hard before they pay the upfront costs to completely overhaul their IT infrastructures. While the long-term cost savings of renting rather than owning may prove themselves, the reality of paying for an entirely new suite of software and hardware licenses can be a deterrent in the present.

Second, data sensitivity is a huge point of concern for the pharma industry; concern that sometimes verges on paranoia. Then again, when you’re dealing with data such as patient records and gene sequences, a healthy dose of caution is warranted. Wise concedes that pharma companies are not likely to put their most sensitive data on the cloud immediately.

That being said, he challenges the notion that if you have “a little cadre of sensitive data,” you should extend the same level of sensitivity across an organization’s entire IT infrastructure. Furthermore, he challenges the notion that stuff sitting behind a company firewall is always secure. If a tier 1 pharma company loses its email for two weeks, as has happened in recent years, there’s hardly a peep about it in the media, he says. But if something goes wrong with the cloud, it’s broadcast across all news channels.

In addition to cloud vendors striving for the utmost security in the cloud, the pharma industry needs to cultivate “a more sensible discussion of risk,” Wise says.

Several big pharma companies have launched pilots in cloud computing. Pfizer, for instance, has experimented with using the cloud for R&D improvements, like being able to conduct online clinical research with patients. It’s also pursued sales and marketing benefits by sending real-time updates via the cloud to reps in the field.

Eli Lilly, meanwhile, has piloted a more comprehensive virtualization program, one in which it maintains control of some of its data centers and servers but relies on the cloud for the rest of its computing needs. The company declined to be interviewed about its cloud-based initiatives due to “competing priorities,” but in the past it has documented how it hopes to harness the cloud to increase advanced analytical capabilities, as well as to streamline internal and external communication.

These companies, however, are more the exceptions than the rule. “For every company that is entertaining the cloud, you can find dozens that are still very reluctant about the idea,” says Wise. And that, ultimately, is where the Pistoia Alliance comes in.

The organization strives to unite life science companies with technology vendors, including cloud companies, publishers, and academic groups, using their collective brainpower, concerns, and creative impulses to forge solutions to R&D challenges. The nonprofit’s volunteer officers include a president from Roche, an external liaison from AstraZeneca, and a treasurer from GlaxoSmithKline. Add in the list of founding members, which includes Roche, AZ, GSK, Bristol-Myers Squibb, Merck, Pfizer, and Novartis, and you have most of Big Pharma represented.

The Cloud is a focal point for much of the organization’s efforts. Its Sequence Services explores the concept of providing next generation gene sequences as a cloud-based service. Everyone in life sciences R&D has to do gene sequencing, data management and analysis of sequence data, and departments need access to data that sits in the public domain during this process.

By using cloud-based services, pharma R&D departments could take what they need during the precompetitive stage without having to store it themselves.  “There is no a priori reason why all of these companies need to bring public data inside the firewall and equip themselves with the huge facilities needed to store it,” says Wise. “It is not as if people don’t know the generality of what they’re doing anyhow.”

Pistoia is also hosting a next-generation sequencing challenge called the “Sequence Squeeze Competition,” which attempts to generate a new way to compress sequence reads while preserving all of their information and scores and improving their compression ratios. The alliance has put up $15,000 for the best novel open-source NGS compression algorithm. The competition ends March 15, 2012.

To Wise, implementations of cloud-based solutions in pharma are an inevitability. “I’m always very skeptical of the futurologists that say we’ll have something next year, but I just see the trend as inexorable,” he says. At the same time, he’s aware of the resistance that cloud-based solutions are bound to receive from the likes of Corporate IT, Information Protection / Security, Legal Departments, procurement and R&D upper management.

Given the range of these potential barriers, the key for forging forward will be to make the message of the cloud and its benefits resonate with senior leadership, all the way up to CEOs, says Wise. “It’s obviously a truism that when one has to go to communities one by one and persuade and cajole and consort, it becomes too slow of a process,” he says. “We need to move much more quickly.”

For more on pharma and new technology, see Special report: Mobile apps and pharma and The Future of Pharma Series.

Join the sector's other key players at KOL & Stakeholder Engagement Europe on Feb 21-Feb 22 in Berlin, SFE Europe and eMarketing Europe on March 27-29 in Barcelona, and SFE USA on May 30-31 in New Brunswick.