One in five adults are now taking at least one psychotropic medication. In 2010, Americans spent more than $11 billion on antidepressants, but how tailored are these treatments? 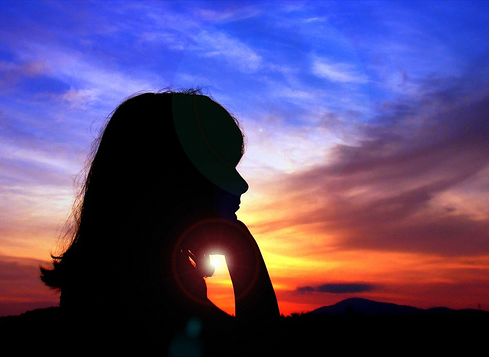 In 1997, an editorial in Science heralded an impending arrival of personalized prescription in psychiatry, an enthusiasm echoed shortly thereafter by TIME Magazine, which predicted that treatments would be customized by 2015, and JAMA, which expected tailored therapies to arrive in 2020. By 2014, however, the promise of “…the right pill at the right time for the right patient” is still at an early stage.

Currently, diagnosis of depression depends on presentation of self-reported symptoms that include, but are not limited to, low mood and loss of ability to experience pleasure. “As a doctor one would like to have a neurochemical marker,” says Philip Cowen, Professor of Psychopharmacology at the University of Oxford, UK. He admitted that the situation is rather tricky because what counts is how people feel, whether they present with a given marker, or not. “I’m not sure quite how well we’ll be able to put together biomarkers with subjective experience,” Cowen added.

Nevertheless, the search for a biomarker for depression is ongoing. Research has shown that establishing correlations between disease and changes in biomarkers would certainly lead to better patient care and lower medical costs, but this goal has been difficult to achieve. There have been 150,000 papers published to date that claim the discovery of various disease biomarkers (not only in psychiatry), but only about 100 biomarkers are currently in clinical use. Many biomarker discovery efforts are based on investigator-initiated academic research with examination of fewer than 100 samples. This hampers efforts to develop clinically useful biomarkers because of a general lack of standardization of methods, lack of statistical power, and lack of stringency in case definition prior to sample collection. Ultimately, this poses a problem for large scale validation studies needed to evaluate candidate biomarkers for all diseases, not just depression.

What strategies have been adopted in the search of psychiatric biomarkers? The wide acceptance of a genetic contribution to depression has prompted the use of candidate gene and genome wide association strategies to search for contributing genes. Other strategies used in the search of clinically viable biomarkers have concentrated on the further characterization of depression using brain electroencephalographic and imaging techniques, as well as the measurement of presumed blood indicators such as inflammatory cytokines, HPA axis hormones, metabolic markers and growth factors. None, however, have been validated and approved for clinical use.

Effective treatment of depression is difficult without biomarkers, and “trial and error” dominates current clinical practice. Because biological causes of depression are still unknown, treatment tends to focus on symptom reduction rather than remission of the disease. There are no diagnostic tools that dictate the choice of one antidepressant over another and many placebo-controlled studies indicate that while all classes can be effective, many patients stop taking their medication because of the significant amount of time (often 6-12 weeks) required for improvement. Patients can achieve some degree of clinical effectiveness whether it occurs early or late in the treatment, but early success does not indicate greater effectiveness of the prescribed drug. Many experience difficulties with side effects, and 42% of patients stop medication within the first 30 days of treatment. Often patients do not respond to a given antidepressant and abandon their follow-up visits with their GPs. This limits the opportunity for treatment with a different agent or the addition of a second drug; both strategies are used in non-responders and can be effective. Being able to predict non-response early in treatment would help individualize drug selection but efforts toward this goal have yet to identify reliable predictors. Half of patients remain untreatable.

“The biggest challenge in treating depression is finding treatments that are more effective than the ones we currently have, as the current treatments have a response rate of about 30%. The other challenge is that once you’ve failed with a couple of antidepressants, your chances of responding to other treatments are quite low, so you need to find something effective at that stage level,” Cowen explained. He added: “A number of things might be involved in the low response rate. People might look similar at the syndromal level, but their underlying biology is very different. It might also be that their lives might be very difficult, and just correcting pharmacology, changing their emotional processing might not be enough to make them feel better.”

But it’s not all doom and gloom. In 2013 the FDA approved genotyping tests for common variants of drug metabolism genes, such as cytochrome p450s. By using these tests, a physician can select an appropriate antidepressant for a given patient, as differences in clearance, half-life, and peak blood concentrations are controlled by genetic variability in drug metabolism. Personalization in drug choice can be achieved because these tests: 1) identify responders and non-responders, 2) provide alerts to possible adverse drug events, 3) help optimize dose. But Cowen doubts the test will become widely used. “I don’t think it would be generally useful because it just affects the dose of the medication you might use, and people start off with a small dose and then build up, so I don’t think practically it’s going to help that much,” he said adding that there is not much evidence that there is a relationship between blood levels of antidepressants and therapeutic response. “It might be that in the case when people are having really bad side effects you might want to see if they’re poor metabolizers, or if they’re not responding because they’re metabolizing them really quickly, but as a general thing, in which you would screen everyone, because there is no relationship between the blood level and the response, I can’t see the point of that.”

According to Cowen, what might be useful is a test that informs the doctor when an antidepressant might be indicated to begin with, and then which antidepressant to use. “It’s not that straightforward because if you think that the serotonin transporter polymorphism has been looked at a lot in terms of SSRI response, the data is very inconsistent, and actually if people don’t respond to one SSRI, the normal response is to switch to another. If you do that, about 30% of patients, so quite a good proportion, respond, which is an odd thing, if you think that the genotype is what’s driving the response. They can’t change their genotype in a week or two.”

Looking into the future

Whether psychiatry makes JAMA’s 2020 deadline for personalized prescription remains to be seen, but perhaps personalization of prescription is not what the discipline needs. “Psychiatry can become personalized within certain levels. I think it will always be helpful not to make a diagnosis, because diagnosis is always about the subjective experience, but they might be useful in guiding treatment, and not just individual drugs, but whether you should have drug treatments at all, that would be useful,” Cowen said, adding that the process is now high on the NHS and MRC agenda, where they call it “stratified medicine.”