The high profile death of Hollywood star, Philip Seymour Hoffman has thrown the spotlight on the insidious dangers of prescription drug addiction. What can be done to stem the rise and what role does pharma play in tackling the problem of addiction? 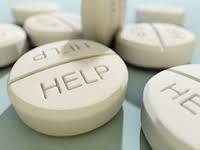 Fatal overdose from prescription drugs is slowly becoming a global epidemic, according to the Centers for Disease Control and Prevention. Their latest figures reveal 16,500 people died from overdoses of narcotic pain relievers in 2010. The Office of National Statistics reports that in the UK in 2011, the number of overdoses (3,338) substantially outnumbered road traffic accidents (1,960). In America, about 6.3 million people currently use prescription drugs for nonmedical reasons, according to the U.S. Department of Health and Human Services. With more people becoming addicted to prescription medication worldwide, what has the pharmaceutical industry done so far to stem the rise of addiction and what more can they do?

The recent high profile death of Hollywood star Philip Seymour Hoffman has once again highlighted the ongoing dangers of prescription drug addiction. While news reports might indicate that it was heroin that killed the actor, toxicology reports also show high levels of Oxycontin in his blood – with some suggesting that it’s the prescription opioid which led Hoffman to resume his heroin habit in the first place.

Celebrity drug stories are commonplace in today’s media, and while most journalists focus on the illegal substances, reports also abound of prescription drug addiction. This isn’t reserved purely to the rich and famous, however. Prescription addiction is a growing problem with huge economic costs, and one that the pharmaceutical industry have a duty to combat.

The Reality of Prescription Drug Addiction

The danger in prescription medication lies in accidental addiction. While people who buy illegal drugs like heroin intentionally seek out the drugs for their fix, people who become addicted to prescription drugs initially require them for medical purposes. Slowly, they become more tolerant to the effects of the drug; without even realising it, they are hooked.

One particular drug that has been the cause of many fatal overdoses is OxyContin– a strong narcotic pain-reliever similar to morphine, codeine, and hydrocodone. For people experiencingchronic pain, OxyContin gives them much needed relief – a relief they begin to constantly crave. On the other hand, there are increasing cases of people deliberately misusingOxyContin, as crushing and snorting it is reported to provide a high that is similar to heroin. In the US alone, over 31 million people are reported to have abused OxyContin at some point in their life.

Ending the Problem of Addiction

Prescription drug addiction has put the pharmaceutical industry in a bind. Conventional wisdom moves people to condemn the drug addict because they feel that drug addiction is a result of some moral deficiency. The truth is, however, that it can happen without intent and some people are simply more predisposed than others. The pharmaceutical industry, therefore, needs to play a larger role in addressing these problems.

Joanne Parillo, Pharmaceutical and Healthcare Consultant of Medical and Pharmaceutical Solutions, North Carolina, asserts: “Pharmaceutical companies are concerned with both intentional and unintentional abuse and overdose of certain drugs, especially opiates.” The question, therefore, is what are they doing about this concern?

Parillo says, “Based on new Food and Drug Administration (FDA) standards for controlled substances, new formulations must have abuse-deterrent features, including a crush-proof component. Chemical barriers that resist extraction of the opioid using common solvents render ineffectiveness if the drug is crushed or injected. The current drug-delivery system prohibits dose dumping from the controlled-release formulation. Other abuse-deterrent formulations include patches or capsules.”

Much of what has been done to fight prescription drug addiction has been joint efforts between pharmaceutical companies and key government agencies. Some of the simplest projects being carried out are information campaigns warning potential users of addictive prescription drugs. This also calls for greater vigilance from doctors in effectively advising patients about how the drugs should be taken to avoid addiction or even accidental overdose.

According to Parillo, “Government authorities already monitor physicians that write large numbers of controlled-substance prescriptions, especially pain medications. When physicians write a prescription for a patient, they must make a copy of the prescription and document why they wrote the prescription (i.e. the diagnosis). In addition, the physician should record that they explained the drug’s side-effects and any risks associated with it.”

Another approach that has been used in the US and is slowly being adopted in the UK is the collection and recording of a person’s prescription drug use. By creating a robust and accessible database that collates all the information about the prescription drugs purchased by a person, government can better monitor how much a patient has been taking. Parillo believes this is a fundamental step towards tackling prescription drug addiction, saying, “It is extremely important for all healthcare professionals to have policies and procedures for keeping track of all prescriptions, especially controlled substances.”

A similar data mining initiative has been approved by Members of Parliament belonging to the Commons Home Affairs Committee. However, the difference lies in the fact that this approach ensures that general practitioners collect the personal data of patients they believe to be addicted to prescription drugs. Supporters of the initiative note that doing so will provide much needed data for the prevention of addiction, especially in the case where the addicted patient has begun “doctor-shopping” to satisfy their fix.

While there have been allegations that the pharmaceutical industry remain passive in tackling prescription drug addictions due to the obvious financial benefits, there is little truth to substantiate this. In fact, the US FDA has recently approveda drug called Zubsolv, a prescription drug that seeks to alleviate the addictive effects of many prescription opioids. While this is already a significant step forward, many remain apprehensive about fighting pharmaceuticals with pharmaceuticals.

One crucial suggestion that people have raised is the use of candid marketing practices. This means that pharmaceutical companies should be more honest and transparent about the kind of chemicals added to particular drugs and the consequent side-effects. Several companies have been challenged for using outdated facts or misleading advertising to promote their products. For instance, in marketing OxyContin, it was noted that addiction to opioids is very rare -something that we now know to be false. Apparently, the data used to justify the claim was taken from a New England Journal of Medicine article published more than 30 years ago.

Another practical effort that pharmaceutical companies could execute is the setting up of institutions that can tend to people with prescription drug addictions and to help the government expand efforts to provide effective treatment for those who have become addicted to prescription drugs. The availability of help has been noted to be one of the key factors that prevent addicts from going overboard. Of course, this would entail that companies concede that, to a certain extent, they are responsible for the problem.

Filling in the Gaps

Fatal overdoses and related issues from prescription drugs are slowly growing to epidemic proportions, and the clamour for action continues to increase in light of cases such as that of OxyContin. This is why the pharmaceutical industry has been constantly prompted to double down on their efforts to address the issue. This involves informationcampaigns to show where their position lies in the addiction problem and concrete efforts in helping government to reduce the occurrence of addiction and to prosecute doctors who have profited from it.

Efforts to increase prescriber and patient education on appropriate use of opioids and abused drugs could follow. Furthermore, diversion of controlled substances demands improvement in supply chain management. FDA officials want a tracking system that tracks down to the unit level.”

The true solution lies in fuelling research and development so that non-addictive prescription drugs can finally be developed. “Pharmaceutical companies are seeking science involving drug pharmacology related to abuse factors”, reassures Parillo. She believes, however, that more can be done. “Criteria for identifying and reporting adverse events related to prescription drug abuse could provide safety data that supports changes in controls,” she says. “Efforts to increase prescriber and patient education on appropriate use of opioids and abused drugs could follow. Furthermore, diversion of controlled substances demands improvement in supply chain management. FDA officials want a tracking system that tracks down to the unit level.”

While everyone waits for such efforts to materialise, thousands of people addicted to prescription drugs continue their toil, struggling to end addiction while constantly succumbing to it. They go from doctor to doctor collecting the drugs that will satisfy their urges and society looks on in utter disgust for their lack of self-control. They go to rehab and get clean only to relapse after several decades.

“It's the hardest when someone has a notion about you and it's impossible to convince them otherwise,” said Hoffman in his Oscar-winning turn as Truman Capote in the 2005 film. While everyone thinks that addiction is all on the addict, the truth is, the battle is much larger than it seems. For Parillo, “Everyone - patients, physicians, pharmacists, pharmaceutical companies, federal and state governments - must play a role in addressing and preventing drug overdose deaths.”

Every day, government and the pharmaceutical industry wage war against prescription drug addiction and every day, they hope to find an answer.