Novo Nordisk Reach out to Cities in the Fight against Diabetes

Novo Nordisk has been dedicated to advancing the treatment of diabetes since its inception in the early 1920s. We spoke to Charlotte Ersbøll, Corporate Vice President of Corporate Stakeholder Engagement at Novo Nordisk,to find out some of the company’s current initiatives to address the global challenge of diabetes. 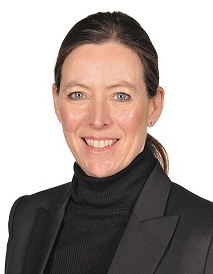 Reaching out to cities

The Cities Changing Diabetes (CCD) initiative, which commenced in 2014, is Novo Nordisk’s commitment to lead the fight against diabetes in cities. The rationale for targeting cities is that around 66% of people with diabetes live in urban areas.

The aim of the initiative is to inspire municipalities all over the world to take action against diabetes. “By enabling a city to understand which cultural and social risk factors drive the dramatic increases in diabetes and obesity, Novo Nordisk and its global CCD partners would like to be perceived as trusted advisors on diabetes prevention and control in cities,” says Ersbøll.

The first two cities to join were Mexico City and Copenhagen in Denmark; they were soon followed by Houston in the United States and Shanghai and Tianjin in China.

The first phase, after establishing a local CCD partnership, is to “MAP” the problem. That is, Novo Nordisk listens to and understands the unique diabetes-related health challenges in a city through an approach of combining quantitative and qualitative information from the city.

“We ‘SHARE’ the ‘MAP’ with those committed to ‘ACT’ towards making their city healthier by promoting health, raising public awareness about diabetes, educating health care professionals in personalized diabetes care,”says Ersbøll.

The mapping phase results will be shared at the 2015 CCD Summit in Copenhagen later this year. The summit will see the gathering of all Novo Nordisk’s global and local partners, along with key opinion leaders within urbanization and healthy cities. The results will also be published in a peer-reviewed academic article towards the end of the year.

City leaders, patient organizations and health care professionals alike have been very keen to engage in the program, and Ersbøll is enthusiastic about the possibilities. She says, “The combined knowledge we bring with the global partnership consisting of Novo Nordisk, University College London and Steno Diabetes Center has been welcomed by our local partners. Acting as a facilitator of cross-disciplinary collaboration within a city makes our partnership platform even more valuable. We can act as a catalyst for a city to change diabetes.”

Established by Novo Nordisk A/S in 1932, Steno Diabetes Center is a world-leading institution in diabetes care and prevention, located in Denmark. This specialized hospital provides diabetes education, treatment, prevention and research. Through their partnership with the healthcare system of Denmark, they educate, advise and support people with diabetes, providing care that is in addition to regular treatments.

Fostering support for women with diabetes

Women account for over half of the 387 million people with diabetes worldwide. Through two initiatives - Changing Future Health (CFH) and Changing Diabetes® in Pregnancy (CDiP) - Novo Nordisk specifically addresses the issue women and diabetes.

CFH focuses on pre-conception health, aiming to ensure that future parents - particularly mothers - are fit and have minimized their risks from chronic diseases before conceiving. This will also lower the chance of passing some of the risks to their offspring, or of developing gestational diabetes mellitus (GDM), a temporary form of diabetes developed during pregnancy.

GDM’s high glucose levels can increase risks of profuse bleeding after delivery, stillbirths and various other birth defects and complications for the new-born child. If GDM is uncontrolled, approximately 50% of women will go on to develop type 2 diabetes, and children of these mothers are eight times more likely to develop the condition in later years.[1]

Malaysia, which is experiencing an increase in risk factors for non-communicable disease, is the first pilot country for the CFH initiative. In partnership with the Ministry of Health project ‘Jom Mama,’ newly married couples who are planning to start a family are being targeted for health education.

The CDiP program works to raise awareness of GDM and contributes towards ensuring that women are screened for the condition during pregnancy. If found to have GDM, women are treated to ensure the best outcomes for both mother and baby.

“We work with global partners to advocate for universal screening for GDM, and integration of its diagnosis and management into maternal and child health programs,” says Ersbøll. “We also support local demonstration projects in the area of GDM. A three-year GDM project in Barranquilla, Colombia, just came to an end (December 2014), but our support continues to a GDM screening and management project in Nicaragua, which is led by the regional branch of Population Services International (PSI), PASMO, and co-funded by the World Diabetes Foundation.” They are also in the process of scoping a new GDM screening and management project in India expected to be launched later in 2015.

The company is currently supporting the International Federation of Gynaecology and Obstetrics (FIGO) in its development of a FIGO GDM Position Document, putting forward the organization’s global vision for GDM diagnosis and management. The document aims to promote and encourage universal screening for GDM, offering pragmatic options for diagnosis in resource-constrained settings. FIGO will launch its GDM Position Document at its World Congress in October 2015.

Also through the World Diabetes Foundation, a non-profit organisation established by Novo Nordisk, many projects have been supported to address GDM in developing countries.

Playing a role in prevention

Novo Nordisk makes it clear that their mission is to prevent, treat and ultimately cure diabetes. As a pharmaceutical company, their key competency is to develop medical treatment and solutions for care, but they also see it as their responsibility to work towards prevention and search for a cure.

According to Ersbøll, Novo Nordisk thinks of prevention as comprising three steps:  1) general awareness of the risks; 2) lifestyle and other interventions for people at risk; and, 3) good control for people with diabetes so they don’t develop complications. “And we have taken several steps to help prevent diabetes,” Ersbøll explains.“We support the WHO Global NCDAction Plan, with a specific focus on reducing complications and premature mortality from diabetes.”

An example of their efforts can be seen in their Action on Diabetes work with Qatar. This is a unique public-private partnership to assist the Qatari authorities in reducing the incidence of diabetes by helping those at risk to avoid it and by giving people already living with diabetes advice on how to manage their health better.

Another example of diabetes prevention efforts can be seen in NovoHealth, Novo Nordisk’s worldwide employee health program. This program seeks to develop a workplace culture that promotes and supports healthy living for all employees – an opportunity for Novo Nordisk to practise what they preach.

Novo Nordisk has also entered obesity care as a new therapy area, since this is the strongest risk factor for type 2 diabetes. According to Ersbøll,“Our focus is to discover, develop and deliver innovative and safe treatment options, which can help reduce the impact of obesity and improve the health of people living with the disease.”

Building on their heritage as a world leader in the treatment of diabetes and other chronic diseases, Novo Nordisk believes they have the right mix of experience, expertise and innovation to establish a leadership position in obesity care, helping advance the understanding and management of obesity as a chronic disease.

Since person-centered care is important for improving treatment adherence, Novo Nordisk has developed the DAWN (Diabetes Attitudes Wishes and Needs) program to improve awareness of the psychosocial aspects of living with diabetes. DAWN2™ is a global study, conducted in collaboration with the International Diabetes Federation (IDF), the International Alliance of Patient Organizations (IAPO), the Steno Diabetes Centre and a range of other national, regional and global partners.

The initiative is a long-term commitment and an on-going initiative with the aim of inspiring new, sustainable ways to enable the millions of people with diabetes around the world to live full, healthy lives and be actively involved in managing their own health and quality of life.

Despite their extensive work in fighting diabetes from all angles, Novo Nordisk remains realistic that a collaborative approach is needed. “No person, no academic institution, no city, no country, no industry nor company can tackle the worrisome trend in the rise of diabetes alone. To stop or even slow down the dramatic growth, we need to work together. We need to mobilize the people who have the passion, the power and the influence to help the people with diabetes and those at risk for developing diabetes,” Ersbøll emphasizes.

Novo Nordisk is clearly a pharmaceutical company with a conscience, which is taking a global approach that comprises a range of programs to prevent and treat the escalating global challenge of diabetes.