Medication non-adherence is one of the U.S. healthcare system’s biggest ailments. We explore the key reasons behind it and some solutions for it. 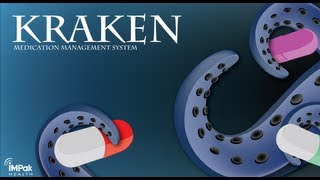 “Drugs don’t work in patients who don’t take them,” Dr. C. Everett Kopp, former U.S. Surgeon General once said. Compliance with long-term treatment for chronic asymptomatic conditions such as hypertension is in the order of 50%, which means that one in two patients fails to take their medication as prescribed. In addition, 20-30% of medication prescriptions are never filled. The consequences? Since the efficacy of self-administered medication depends on patient compliance, it doesn’t come as a surprise that non-adherence leads to treatment failure. In the U.S. alone, it is estimated that non-adherence caused 125,000 deaths and 10% of hospitalization in the past year, and a substantial increase in morbidity and mortality. Staggeringly, non-adherence costs the U.S. healthcare system between US$100 billion and US$289 billion annually.

Joe Wegmann from PharmaTherapist.com identifies four key reasons for medication non-compliance and offers solutions pharma could explore to support patients in their struggle to take the medication.

First, he lists side-effects as a major contributor toward non-compliance. As a solution, he proposes open communication with clients about the likelihood of undesired effects to occur, and puts forward a number of ways to deal with them, e.g. taking sedating medication at bedtime.

Second, he identifies cost as a barrier to medication compliance. As a potential fix, he proposes, amongst others, comparison shopping between pharmacies, which often have different prices between sites. He also suggests that generic alternatives to branded drugs should be discussed with prescribers.

Third, he proposes that “I am cured” syndrome is responsible for many people’s failure to take their medication as advised. As a solution, he says prescribers should remind their patients that “abrupt or even gradual discontinuation isn’t warranted.”

Finally, he mentions forgetfulness, which is the most common cause for non-compliance. While all people are prone to forgetting about medication, this is a particularly big problem amongst the elderly, who suffer from cognitive decline. As a solution, he lists compartmentalized pillboxes, medication calendars, post-it note reminders, timers, and even high tech devices that sound an alarm when a dose is missed.

A new product from this category of devices has recently been launched by iMPak Health. Kraken, as it is called, is marketed as the “solution to medication monitoring,” and is aimed at people recently discharged from hospital, whose health is particularly vulnerable to medication adherence challenges. If they don’t take their medication as prescribed, they are at risk for preventable emergency room visits and hospital readmissions. Avoiding readmissions, particularly within 30 days of discharge, is high on every hospital’s agenda, and Kraken is a solution that might help accomplish this goal.

Here’s how Kraken works. First, users set the medication management system to their prescription schedule. Second, data is uploaded to a Bluetooth 4.0 enabled device using the Kraken app. Third, data is ready to share with individual physicians or family members in the form of a compliance report. Kraken, its manufacturer assures, simplifies the core elements of medication management, including sorting and reminding, compliance, and symptom tracking. It is portable and user-friendly, promotes patient engagement and self-management, does not disturb the daily routine, and easily generates reports for patients, doctors, and family members.

“The device has compartments for morning, noon, evening, and night medication, and every interaction with the device is time-stamped, and uploaded via Bluetooth to tables, which are then converted into reports on compliance that can be accessed by family members or physicians or care coordinators. There is a light and a beep that will remind patients to take the medication based on their schedule. These are all bells and whistles that we developed based on extensive consumer research", Sandra Elliott, Meridian Health, explained.

It's all in the detail

When it comes to home management of a chronic condition, three things are critical, says Elliott. “Patients are concerned about the cost of the device, user friendliness, and user experience,” she said in an interview with eyeforpharma.

The Kraken device was developed to help patients manage multiple medications. “We had someone on the pilot who was using 20 medications,” Elliott revealed. “That person was able to sort their pills by day, time of day, and week, having all their interactions with the device date and time-stamped.”

Another patient, let’s call her “Nancy,” found that the Kraken Medication System helped her to create some order in the chaos following hospital discharge. When Nancy left the hospital, her medication was organized and sorted for her in the “sorting station” of the system. Her prescribing physician recommended that she took her pills three times a day, every day. Thanks to Kraken, all she had to do was take the medication out of the sorting station and place it in the daypak. But something went wrong, and after a couple of days, a non-compliance alert was sent to Nancy’s care coordinator, who was able to contact Nancy to discuss her medication schedule with her. It turned out that while the patient was taking all her medication each day, she was taking all the pills at once to make sure she didn’t forget any, contrary to her prescription, which stipulated one specific medication be taken  morning, noon, and bedtime to keep her heart rate stable throughout the day.  After some discussion with her care coordinator, Nancy realized how important it was to take her medication exactly as prescribed. The care coordinator also brought to her attention the fact that she shouldn’t worry about forgetting to take her pills as the device would remind her about a dose with a flashing light and a beep. Now Nancy is 100% compliant and enjoys using the device, particularly the fact that the green flashing light reminds her about the pills.

“This is a good example of how ‘detail’ can make a tremendous difference in understanding patient behavior around medication compliance and how we can provide assistance in very simple ways to make a difference in their overall care and wellbeing,” said Elliott.

The most important thing that came out of market research is that patients want to be mobile, and they want a device that can move with them".

It might sound like stating the obvious, but many developers forget that the most important thing in designing a device that will support patients is to take patients’ needs into account. “The most important thing that came out of market research is that patients want to be mobile, and they want a device that can move with them,” Elliott said. “It was to be the size of a pack of cigarettes – this is what patients consider ‘pocket-worthy,’ and it has to be easy to open,” Elliott remarked. The last feature is particularly crucial, as many elderly people or individual with disabilities, e.g. arthritis or Parkinson’s disease, have dexterity  problems, which impairs their ability to open packages. “This is why we went for slide opening. It is easier for people to push,” Elliott noted.

The beep alert was something we developed very early, but patients complained that they couldn’t hear it, which is why we added  the flashing light.

iMPak Health was tuned in on patient feedback also when developing medication alerts designed to remind people about their next dose. “The beep alert was something we developed very early, but patients complained that they couldn’t hear it, which is why we added  the flashing light. Patients told us just one mechanism for reminding them to take their medications might not be enough, which is why we’re using both features, which seems to be working quite well.”

Automatic prescription renewal is currently not available on Kraken. “We haven’t done an automated refill for them because patients discharged from the hospital often are prescribed different medication by the time they need a new prescription,” Elliott noted.

Kraken is a promising solution to a problem that costs healthcare systems billions of dollars in unnecessary spending. Designed to respond to patient needs and wants, it has the potential to support patients in their struggle to be treatment-adherent.