Formula One and the Supercar industry might not be the natural go-to source for content marketing inspiration within Pharmaceuticals, however James Keady, formerly of GlaxoSmithKline and now working for McLaren Automotive sees a distinct similarity – our reliance on Key Opinion Leaders. 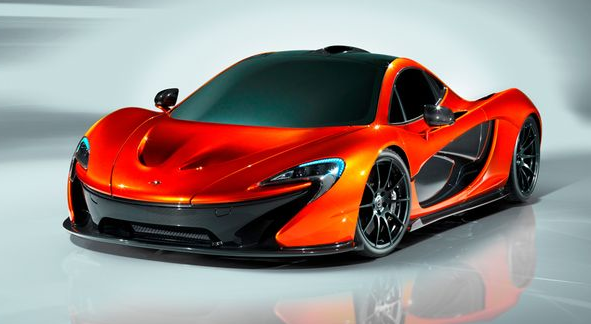 In one of the closing presentations at eyeforpharma Barcelona, the Global Digital Marketing Manager for McLaren Automotive heaped praise upon a genuine content marketing approach and warned against half-baked attempts at attention-grabbing.

“You might think, why is somebody talking today about a 630 horsepower supercar and where’s the link with the pharma business? I’ve uncovered from my experience with GSK in the consumer health and pharma business, some links that exist between the supercar industry and pharmaceuticals. Specifically in the areas of Key Opinion Leaders and how we work with Key Opinion Leaders.”

“Importantly, the success of both of our industries is dictated mainly on opinion leaders and their endorsement of our products. Gaining that advocacy within Key Opinion Leader sets is as critical to selling a supercar as it is to selling pharmaceuticals.”

“Typically what we’ve found, especially with the rise of digital communications and digital media, is that the KOL landscape is changing rapidly. We are finding that people with blogs, presence online and broader reach than ever expected… we see that what has traditionally been a few very powerful automotive media journalists is now shared between a longer-tail of opinion leaders.”

“Some of those opinion leaders aren’t even journalists, we have fans and people with credible opinions that have huge followings online which we know are part of building that aspirational brand. It’s important to reach out to them and gain their advocacy.”

Key Opinion Leaders – or KOLs are both critics and useful tools in many, many industries. And since the rise of popularity in the internet and, more importantly the blog and citizen journalism, those KOLs might not be where you’d always expect to find them.

Increasingly, it’s the lone-ranger, the passionate fan or critic who builds a massive online following and can sway public opinion that could be the difference between success and failure. Engaging with these individuals (within regulatory confines of course) and opening a dialogue can have almost as much positive impact on your brand as a decorated academic can.

“The old world has traditional been broadcast, that’s one-way communication… This new world is about an audience always being [online]. It’s important for your brand to have relevance within that audience. For you to have communications and content that can reach them in the channels that they’re using.”

Demonstrating the value that KOLs can have on almost any business, Keany explains how McLaren benefitted from KOL advocacy during a recent supercar launch:

“In order to build this buzz, the building up to [our event in] paris which was a great success for the brand, it didn’t happen by accident. One of the key things we focussed on was KOLs and building a strong content platform behind that.”

“Within McLaren we have some Key Opinion Leaders within certain disciplines, such as engineering, design and aerodynamics. So we built content around them because we knew that had influence and we knew they had impact on our customer.

While drugs might not be as "sexy" as a million-euro supercar, the principles are largely the same. If you have a good product, share that news with KOLs, with citizen journalists and other digital influencers. Converse, share, engage - if the KOLs believe in your product and your brand too, they'll spread the good word, you can be sure of that!