Improve the Patient Experience Through Communication and Collaboration

The pharma industry has decades of success in manufacturing and developing life-saving drugs, but should the industry consider the wider effects treatment can have on quality of life? 22 year old cancer patient, Jason Loo says yes. 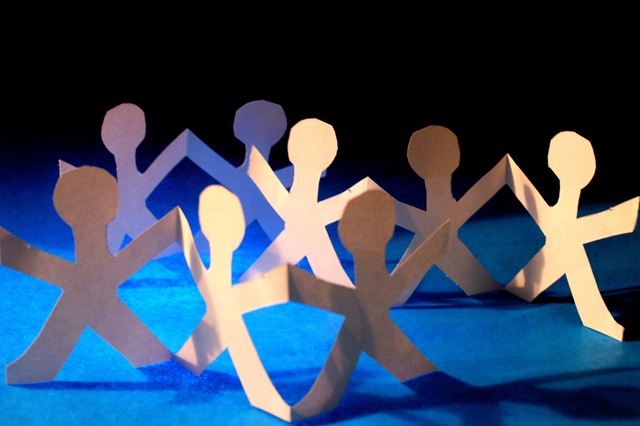 Cancer survival rates have improved vastly in the past few decades. More successful, targeted treatments today mean that rather than the illness being the grim “death sentence” often described on TV and by the press, a patient is instead provided treatment to make the disease manageable or to destroy the malignant cells altogether.

While there’s a long way to go until the scientific community unveil the sought-after Holy Grail – a cure for cancer (or cures for cancers to be more accurate), life expectancy has in many instances improved two-fold since the 1970s and 80s. However with ever improving, and aggressive treatments now available, there is also another aspect of the treatment pharma companies and healthcare providers need to consider – the side effects.

Jason Loo was told last year, at the age of 22, that he had a rare form of testicular cancer. The news came two days after his graduation from Warwick University. His experience with the NHS system is a stark reminder of the power the pharma industry has to improve patient outcomes and experiences.

Jason was first admitted to hospital on the day of his graduation with suspected GORD (Gastro-Oesophageal Reflux Disease) and sent home the same day, when he was brought back in for an altogether different diagnosis two days later, “So basically they say that it’s confirmed that it’s cancer, they told us what type of cancer it is, and then they started explaining, I think they started giving me a lot of booklets, Macmillan booklets, for me to read, because I had a Macmillan nurse with me at the time in Coventry.”

“The instinct for our generation is to Google. If NHS pops up, then great, you go into the NHS website; otherwise you go wherever it takes you.”

Jason went into a period of denial, rapidly followed by a desire to be proactive about his condition. “After a few days, I’d settled down emotionally, I started going online searching for information on [my condition]. The instinct for our generation is to Google. If NHS pops up, then great, you go into the NHS website; otherwise you go wherever it takes you.”

It is becoming increasingly apparent that many patients, particularly the younger more information savvy generation, want to be in control of their treatment and the way that therapies are delivered rather than simply being part of a standard process that appears to have little room for flexibility. Jason explains that it is all about having the options presented, recommendations made and the freedom of choice lying with the patient: “I want to know what the doctors recommend, and whether I would choose that recommendation or not, well that will be up to me”.

The treatment, it turns out, was a cocktail of Bleomycin, Etoposide and Cisplatin (BEP) chemotherapy. Jason’s cancer was a particularly rare strain of testicular cancer, a testicular teratoma, located in his chest, and the recommendation was four cycles of chemotherapy.

“It’s like we don’t really have a voice in how we want things to be. It’s only when we insist on changing something that they will do it.”

The side effects for chemotherapy are particularly unpalatable, as well as the risk of infection, patients are also warned about bouts of nausea, vomiting, constipation, diarrhoea and tinnitus to name just a few. However during post-hydration Jason found himself suffering sleep deprivation for quite obvious and yet apparently unconsidered reasons, “They always gave me it late at night. Sometimes I’d ask them if I could have it earlier [in the day] so I can sleep through rather than wee all the time.  But I was always told they had to follow procedure. I would rather have had post-hydration in the morning because it meant [at night] I always needed to use the toilet.  You don’t get enough sleep, in a hospital you can’t sleep during the day because they always come and disturb you to take you medicine, there are people walking around.  It’s a real problem.”

“It’s like we don’t really have a voice in how we want things to be”, he observes. “It’s only when we insist on changing something that they will do it”.

At the time that Jason was treated he ended up in an adult ward where nearly all of the patients were over 60 years, leaving him feeling very isolated. He did have the support of Macmillan and CLIC Sargent nurses who specialise in paediatric cancer patients. His chemotherapy finished in October 2012, which was the time that the Teenage Cancer Trust (TCT) unit opened. So whilst he was never warded in the TCT unit, he has visited many times, including for a monthly gathering of a cancer support group which has been a hugely valuable support for him: “It’s only after I had my treatment that I have met a couple of young cancer patients in the TCT unit. It’s very important to have access to TCT and talk to someone who has already been through this experience”, explains Jason.

He believes that the system itself doesn’t really support patient choices, decision-making and preferences. The supporting structure that comes with the implementation of the pharmaceuticals is as important as making sure the drugs actually work. Patients want to know before they have a treatment what the side effects will be and what the options are for delivery, meaning engagement by the pharma industry in the support networks and care systems is just as important as the science part of the business.

“I think the drug companies’ responsibility is not just to research and develop a drug, it’s also about supporting how that drug is given to the patient and is used.”

Engaging with patients at the very early stages of drug development will provide the opportunity to target research specifically to consumer preferences not just the needs. For instance, a patient might actually prefer one particular side effect over another. “So if you know what the consumers is likely to choose before a drug is developed, in the end people will prefer to use that drug” says Jason.

Collaboration and partnerships are also critical ways to attain this level of involvement. “Collaboration is extremely important, because you can’t just have a drug do what it’s supposed to do, it is also important to know how the drug is going to be given and to whom”,  notes Jason. “So far, from what I see this collaboration is not happening - it is really minimal”. So collaboration between the pharma industry and the healthcare community, patient advocates group and patient communities to support the optimal usage of drugs is going to be increasingly important to ensure that the best patient outcomes are being achieved.

So it is clearly time for the pharma industry to get more involved in patient support and outcomes, particularly as these patients are increasingly searching online for answers. As Jason so succinctly puts it “I think the drug companies’ responsibility is not just to research and develop a drug, it’s also about supporting how that drug is given to the patient and is used.”