EU citizens are unable to afford life-saving medication due to ongoing cuts and austerity measures, according to a Member of the European Parliament. 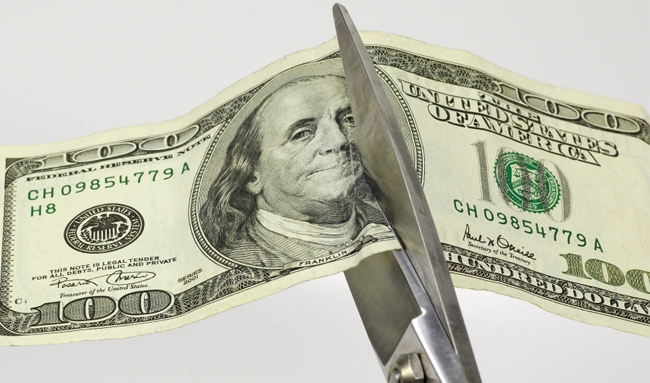 "It's unacceptable that millions can't afford the best lifesaving treatment in the EU. More fiscal solidarity has not led to more general solidarity. We are putting the EU at risk," warned S&D Spanish Member of the European Parliament (MEP) Alejandro Cercas.

While the financial crisis exacerbated problems with access to treatment, the challenges of affordability and sustainability of public spending on drugs loomed over the EU before the start of the recession, a seminar at the European Parliament, hosted by the Group for the Progressive Alliance of Socialists & Democrats (S&D) in the Parliament, has heard.

European governments are trimming public spending across the board, including healthcare, Cercas said, condemning the short-sighted nature of spending cuts.

"Lifesaving medicines should have never made it into any cut list. Healthcare systems should be at the very bottom of the austerity list, not as a default option," Cercas said.

Cercas is not alone in his concerns. Problems with access to drugs can be seen across the EU, including Ireland where, according to Irish MEP Marian Harkin, costs of drugs can be up to three times as high as in other European countries, despite the fact that Ireland is a home to several drug manufacturers.

"Even if, to a large extent, the Irish healthcare system still functions reasonably well, the exceptional price of medicines is a huge burden on the individual and on the healthcare system that needs to be lifted,” she said.

Access to drugs is not the only problem EU politicians see as hindering to the overall fitness of European healthcare, and increased investment in innovation has been proposed as a solution to stagnation. Portugese MEP Maria do Ceu Patrao Neves said: "Research and innovation will make the production of medicines increasingly sustainable and affordable, bringing prices down so people for whom medicines have become a luxury regain the lifesaving access denied today," she said.

"In addition, a decisive and smart boost to research and innovation of medicines will help make them more effective, widening the diseases they cover," added do Ceu Patrao Neves, a member of the European People's Party (EPP) group in the Parliament.

A leading nongovernmental organisation (NGO) urged the EU to "step in and take the lead in the development of new models of biomedical innovation that promote both needs-driven innovation and affordable access to R&D outcomes."

"Pharma companies have gradually shifted their business model from focusing on therapeutic innovation towards marketing, wider patenting, increased litigation against competitors and the development of 'me too' medicines of little therapeutic advantage," claimed Tessel Mellema of Health Action International (HAI). Moreover, in cases where new drugs do deliver innovative therapeutic value, their prices are sometimes too high for today's shrinking health budgets, he explained.

According to a Bulgarian MEP Antoniya Parvanova the European Parliament is now a subject to tensions between the interests of the public and those of big pharma. "As the Parliament is debating three key directives related to public health - clinical trials, medical devices and price transparency - EU policymakers must show that they are on the side of the people by putting their interests ahead of the industry's profits," urged Parvanova, who is a member of the Alliance of Liberals and Democrats for Europe (ALDE).