The permanent method of contraception for women continues to cause controversy, but evidence seems lost amidst the heated debate. Personal stories dominate the discourse, and while the medical community appears divided, the media demand a response from Bayer, which hides behind a generic statement. 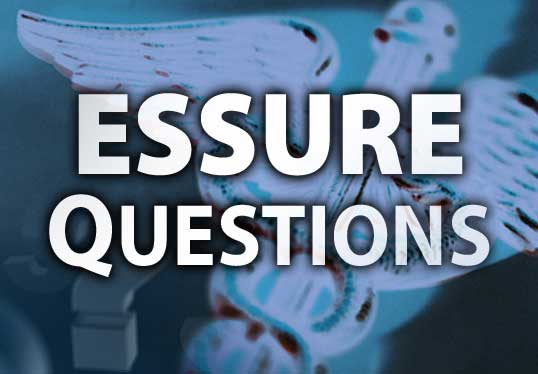 Since 4th November 2002, Essure’s approval date, through 25th October 2013, the FDA received 943 reports of adverse events related to the product. The most frequently reported adverse events were pain (606), hemorrhage (140), migration of the device or device component (116), patient device incompatibility (113),and device breakage (37), among others1. Only three of those adverse events were featured in the information booklet that accompanied the procedure, and, according to the women we spoke with, doctors who performed the procedure weren’t informed about possible side effects either.

“I was absolutely not well-informed about the risk-benefit profile before undergoing the procedure,” said Angie Firmalino, who founded the Facebook group called Essure Problems in 2011, two years after undergoing the procedure. The group now has 7,635 members, and adds 25-50 new members each week. “I received a pamphlet that looked like a vacation brochure. Perforations, migrations, and other side effects were not listed in it,” she said, adding that her OBGYN also failed to provide adequate information concerning possible side effects.

The pamphlet has since been updated. It now features possible side effects as well as a disclaimer that it is “not intended to be comprehensive as all women have individual needs and concerns.” Among the listed adverse reactions are unsatisfactory placement of the inserts in 8% of women in clinical trials (during a three month follow-up, incorrect placement was identified in an additional 4.5% of women). “Unsatisfactory placement” includes perforations that result from the device, and migrations of the coils. Other problems listed in the new booklet include breakage, nausea, sweating, pain, cramping, vaginal bleeding, heavy periods, and ectopic pregnancy, among others.

There are three potential reasons the list of side effects was incomplete in the original booklet. One, Bayer hid trial results from the FDA. Two, the side effects are the result of long-term usage of the device, so they were not present in clinical trials, which are not designed to check long-term safety of a device. Or three, the trials conducted by the manufacturers were less than perfect. Firmalino believes the last possibility, calling Bayer’s trials “faulty and biased,” but she’s unwilling to speak about the details.

“Many women, including myself, have retained a law firm preparing to file suit against Bayer. The administrators of the Essure Problems page and I have been working closely behind the scenes with the firm, and we have collected much evidence and proof. It will all come out when the legal trials begin,” she said.

Essure is not an effective form of contraception

Despite a warning about possible ectopic pregnancies, according to the new information pamphlet, Essure is 99.83% effective although another form of contraception should be used for the first three months following implantation. According to Firmalino, the assurance that a woman would never again have to worry about pregnancy is very misleading.

“In our group, we have seen numerous pregnancies, some resulting in a miscarriage (on average, 55% of women pregnant with Essure will miscarry). We have seen some full term live births, some pre-term, and a handful of stillbirths. Bayer’s pregnancy rates are far from accurate,” Firmalino said.

Indeed, a new study coming out of Yale University seems to be supporting Firmalino’s observations. According to their estimate, 9.6% of women could become pregnant within 10 years of undergoing hysteroscopic sterilization, or Essure. This is nearly four times the estimated risk after a laparoscopic tubal ligation, the more traditional method.

The study, published in the journal Contraception, is the first to compare the effectiveness of the two main choices offered to women who seek a permanent form of birth control. According to the Chicago Tribune, about 345,000 American women undergo sterilization procedures each year, with Essure an increasingly popular choice because it does not require a surgical incision.

Crucially, if a woman does become pregnant after Essure, the risks to the mother and the fetus are unknown.

Doctors disagree on the safety of the procedure

The safety of the procedure has divided the medical community. Although some doctors extended their support to Essure Problems Facebook page, admitting that there is a problem with the device, others have no doubt the procedure is the right choice for women. For example, Steve Parsons, an OBGYN and the main provider of the Essure procedure in the Netherlands, makes a bold statement that he "believes in Essure because he believes in women". He compares Essure to other metallic devices implanted in the body, e.g. clips and coils used to open blood vessels around the heart when patients have suffered a heart attack. Furthermore, he suggests that there are two logical explanations regarding pelvic pain and other symptoms that occur after Essure. One, he admits that the symptoms might be due to the device. Two, he suggests that the might be caused by other conditions such as PMS or perimenopause. In his conclusion, he addressed the Essure Problems community saying that “it is sad that this group, some of whom may have valid gynaecological problems, are scaring a lot of women out of a safe procedure, forcing them into a riskier option.” He then requested to be removed from the group.

We, as doctors, have accepted the manufacturer’s word for the safety of the device without anything to confirm it".

In a rebuttal of Parson’s statement, doctor Julio Novoa writes that the comparison between Essure and devices used in heart surgery is invalid because those devices, unlike Essure, aren’t designed to cause a chronic inflammatory response. He also asserts that there are no peer-reviewed, double-blind studies addressing the safety or the incidence of complications regarding Essure compared to the general population regarding chronic pelvic pain, abnormal vaginal bleeding, etc. “We, as doctors, have accepted the manufacturer’s word for the safety of the device without anything to confirm it,” he writes.

Whether or not Essure is a faulty device remains unclear. The FDA was unwilling to speculate on whether or not the device might be pulled from the market, but they don’t seem to be concerned about the safety of the product. “The FDA has not found a causal connection between the use of Essure and certain adverse events reports,” said Jennifer Rodriquez, a spokesperson for the FDA in charge of the Essure case. Nevertheless, she also stressed that the Agency continues to take reports of problems with Essure very seriously and will continue to review them carefully. “We will continue to monitor the safety of Essure to make certain that it does not pose an increased risk to public health and safety and that its benefits of providing women with a non-surgical sterilization choice continue to outweigh the risks,” the statement read.

Firmalino was disappointed with the FDA’s stance, and said that she’d expected the Agency to “protect the population, as is their job". She added: “However, we are finding that they, too, are regurgitating the same answers, relying on faulty clinical trials. There seems to be a lot of conflict of interest that lies within the FDA and pharmaceutical companies and device manufacturers”.

Bayer failed to respond to our request for comment about the long-term safety of the device.

The heated debate around Essure continues and is likely to only be settled in court. Sympathetic plaintiffs, big pharma manufacturer as defendant, and a device with a questionable safety profile will certainly attract broad media attention. But perhaps concerns over product safety are not the only problem here. Bayer is obviously in need of some damage control if they want to retain any public trust that is already fragile. Hopefully this high profile class action law suit will not be necessary to elicit some response from the manufacturer.

1. I was referred to this data by the FDA spokesperson, Jennifer Rodriguez in an email exchange. According to other sources, the numer has skyrocketed to 2,049 as of March 2014.