Diabulimia: How pharma can support people with a deadly combination of disorders

Described by some doctors as the “deadliest combination of disorders [they] have ever seen,” diabulimia, a condition in which patients restrict their insulin intake to lose weight, needs urgent action. 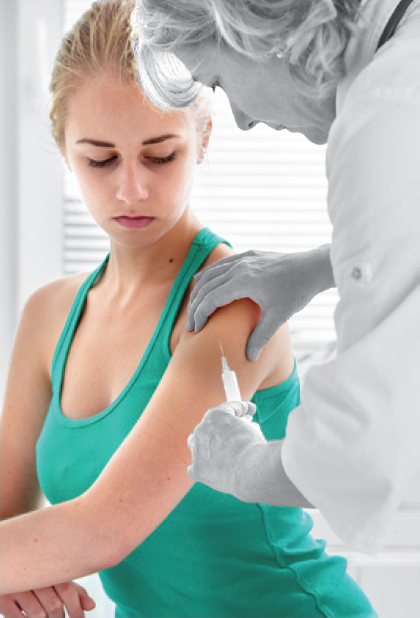 Although the exact figures are unknown, some research has shown that about 30% of females with type I diabetes intentionally omit insulin to lose weight. Additionally, it is estimated that adolescent females with type I diabetes are 2.4 times more likely to develop eating disorders than peers of the same age without diabetes. The approximation, however, is rather rough as diabulimia is currently not recognized as an official diagnosis either in psychiatry or in general medicine, despite the fact that, left untreated, the condition can lead to renal failure, blindness, diabetic neuropathy, limb amputation, and death. Although most of those are consequences of poorly managed diabetes, it should be noted that when anorexia is involved, the mortality rate for young diabetics skyrockets to 35%, and the unwanted consequences of omitting insulin present themselves within 5-7 years, instead of 30 years down the line of well-managed treatment.

“You can get diagnosed with anorexia and bulimia whereby manipulating insulin is seen as a clinical feature, but you can’t get diagnosed specifically with diabulimia. It’s a massive problem because [diabulimia] behaves differently than those two disorders, and unless you treat it appropriately, the treatment will fail,” said Jacqueline Allan from Diabetics with Eating Disorders, who has been lobbying to get eating disorders with diabetes recognized in the Diagnostic and Statistical Manual (DSM), the Bible of psychiatry.

“Having it recognized in the DSM will necessarily make people treat it differently. Currently, there is no treatment. People just classify it together with other eating disorders, whereas it’s different psychologically and physiologically. How you get there is different, the road to recovery is different,” Allan added.

In a traditional eating disorder program, clients are advised to stop reading about food values and to abandon sticking to meal plans. Instead, they’re often encouraged to eat all kinds of foods in a balanced manner, and eat when they’re hungry, and stop when they’re full. That kind of balance is important for anyone with an eating disorder to achieve, but people with diabetes will need to continue to follow their eating plans and they won’t be able to simply abandon the need to count calories and watch carbohydrates. Instead, they will need to focus on health and wellness, learning how to respect their diabetes without fighting back by destroying their bodies in the process. Counseling can be vital here.

To understand why insulin reduction causes weight loss, it helps to understand type I diabetes. Food we eat is broken down into glucose, a sugar that circulates in the blood. For non-diabetics, the pancreas pumps out insulin which allows cells to let glucose in for energy. In people with type I diabetes, the immune system attacks cells in the pancreas that make insulin. Type I diabetics must check their glucose levels manually; based on their blood sugar levels, and what they plan to eat, they must give themselves insulin. If they don’t, or if they overdose, their bodies can’t absorb glucose.

The body makes drastic attempts to compensate. It goes into starvation mode and starts to break down muscle and fat, releasing acids called ketones. The ketones build up leading to diabetic ketoacidosis, which can be fatal.

Many of the warning signs of diabulimia apply to other eating disorders, such as negative body image; obsession with weight and nutrition; skipping or restricting meals; eliminating carbohydrates or fats; eating in secret; feelings of guilt and shame about eating; significant weight loss or gain; compulsive exercising; menstrual irregularities; and depression and anxiety.

Other warning signs apply to diabetics who restrict insulin, such as symptoms of hyperglycemia, or high blood sugar, including increased thirst and urination, irritability and extreme fatigue.

Why might someone with type I diabetes be at an increased risk of developing an eating disorder? Diabetics, to manage their disease, must closely monitor what they eat, which can lead to an unhealthy focus on calories, carbohydrates, and weight control. Also, type I diabetes is a chronic condition that requires daily attention for a lifetime, which can be a physical and emotional struggle.

What can be done

Step one is building awareness. Right now very few people know about diabulimia, which makes diagnosis and treatment difficult, if not impossible.

“Being aware of it and talking about it is the most important thing. Anything that is in the medical sphere is good for us because that would mean that people will go to consultants, and that they will seek advice,” Allan said. “I would like to see pediatric care improve a lot. Additionally, clinicians in primary care need to take a more holistic, patient-centered approach, thinking about how someone’s actions are going to affect their mental health.”

Allan has been interested in launching a number of initiatives to help people with diabulimia, but funding issues have so far prevented them from turning plans into reality.

“Currently we are the only charity in the UK that deals with diabulimia at any level. If you go to either diabetes organizations or eating disorders associations, they will tell you to come to us, yet we survived on £7,500 last year. We’ve been trying to get funding for years, but it’s a niche area, so it’s been difficult to find sponsors,” Allan admitted.

This would include things that people don’t normally talk about, like the fact that diabulimia can weaken your bowel, which can lead to fecal incontinence. If you tell a 16-year-old diabetic that they might end up [defecating in public] half-way through university, this will have an impact".

”The money would be invested into empowering the patients affected by diabetes and eating disorders. First, a library of information leaflets would be created. Those would be a resource on the different mechanism of action of diabulimia compared to anorexia or bulimia, including social aspects of struggling with the disorders.

“This would include things that people don’t normally talk about, like the fact that diabulimia can weaken your bowel, which can lead to fecal incontinence. If you tell a 16-year-old diabetic that they might end up [defecating in public] half-way through university, this will have an impact.”

Patient should be the expert

The crucial thing is to give sufferers as much information as possible, so that when they do go to an eating disorder clinic, they’re not fielding the questions.

“We want to give them information so they can become their own expert on their own condition, so they can educate the professionals they work with.”

Importantly, information should be provided to patient’s parents, as well as treating physicians. Out of four Oxfordshire psychiatrists asked about the condition for the purpose of this article, none have ever heard about diabulimia.

In addition to an information campaign, Allan wants to set up support groups where young people can come and talk. “That’s been a plan for years, but we don’t have funding for it. We have 25 trained volunteers, with infinite subject knowledge, but we can’t afford the software to run the helpline,” Allan said.

What pharma can do

Education programs need to be rolled out to teach people about diabulimia and the dangers associated with it. Pharma could support education and training

Getting involved with educational and awareness-building campaigns around diabulimia – targeting patients, doctors, and parents – is all pharma can do at the moment, but the impact of those two initiatives should not be underestimated.

“The condition is too complicated to be managed by services or apps. An app would be lovely, but something else needs to be done beforehand. Education programs need to be rolled out to teach people about diabulimia and the dangers associated with it. Pharma could support education and training,” Allan concluded.

Although diabulimia might appear to be a niche problem affecting a small fraction of diabetics, the dangers associated with it call for immediate action. Pharma should use its vast resources to support experts in their fight to help people affected by diabetes with eating disorders, whose complicated condition puts them on the verge of dying a slow, painful, and premature death.