Cash for Health: Are Financial Incentives Really the Best Approach to Encourage Adherence?

Zuzanna Fiminska looks at the growing practice of “cash for health” – rewarding adherent patients with cash bonuses and asks, is this really the correct route to healthy patients? 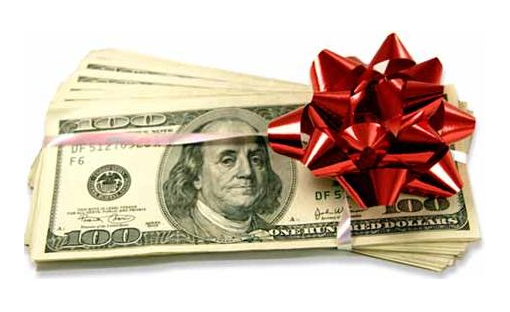 Last autumn a group of psychiatrists working in East London disassociated themselves from the FIAT (Financial Incentives for Adherence Treatment) study saying that in their view it is “fundamentally wrong to offer patients a financial reward conditional on them accepting … medication,” and urged fellow professionals to “reject such attacks on the autonomy of people with mental health problems.”

The statement was supported by Timothy Evan, a consultant psychiatrist from a Swansea hospital, who said the way to tackle mental health problems is “not through money for medication but by interventions to reduce the damaging effects of social exclusion, neglect, and stigma.”

Still, a focus group involving different stakeholders from across the UK identified clinical success of methods used to increase medication adherence as critical, and highlighted the need for evaluating effectiveness of financial incentives to be established by systematic research, a call answered by a controversial study published in the British Medical Journal.

“It’s not a breakthrough in the treatment of schizophrenia, but a potential solution to one important problem,” admitted Stefan Priebe, professor of social psychiatry at Queen Mary University of London, and the study’s main author.

“There are various concerns about this practice, whether it’s a form of coercion, and so on,” Priebe commented. “The most important one is whether you bribe people into doing something they normally wouldn’t do. In this study we did not include patients who from the beginning said they don’t want the medication. It was all about the patients who in principle agreed to take the medication. All the patients provided informed consent to taking the medication, but didn’t do it regularly, so it’s not bribing into doing something they otherwise wouldn’t have done,” Priebe said.

We don’t yet have data on long-term outcomes, but it looks likely that behavior change can be achieved in some cases.

Ethical doubts are not the only controversy surrounding the study. The bigger worry is whether the approach can generate a permanent behavior change.

“On the whole, I doubt it,” said Tom Burns, professor of social psychiatry at the University of Oxford, one of the principal investigators of the study, and Priebe’s collaborator.  “The hope that all psychiatrists have, is that a sufficiently long and stable period of health in an individual with psychosis could lead to a gaining of insight about their illness and an acceptance of the value of medication. If this is achieved the incentive could contribute to a permanent change.”

Priebe echoes this sentiment: “We don’t yet have data on long-term outcomes, but it looks likely that behavior change can be achieved in some cases, but the length of the intervention would depend on the case,” he said.

Previous research suggests that once the incentives are withdrawn, adherence to treatment decreases, but not in all cases. A study that looked at adherence to physical exercise as a form of treatment demonstrated effectiveness of payments 50 days after they ceased.

What about other disease groups? Are financial incentives equally promising?

One study published in the New England Journal of Medicine has shown that financial incentives positively affect smoking cessation rates, an effect sustained 15-18 months after enrollment. Similar results were shown in a study of weight loss as well as warfarin adherence (warfarin prevents stroke and bleeding complications in millions of patients each year), but research into blood pressure control failed to support those findings, suggesting that paying patients might not be as effective across the board.

Interestingly, financial incentives for organ donors has been shown to increase the number of performed transplants by 5% or more, while remaining cost-effective when taking into consideration the cost of dialysis. Overall, it appears that investigations into the impact of financial incentives on treatment adherence is limited and contradictory, and further analysis is needed to establish the efficacy and sustainability of the method.

The ultimate question, however, is how the system should be organized and who should cover the cost of the incentives.

Insurance companies, employers, pharmaceutical companies, and the government stand to benefit financially in the long-term from patients’ healthy behaviors and adherence to medication, so they should all contribute, concludes a paper published in the Annals of Family Medicine.

The author, Joanne Wu, suggest that patients who meet evidence-based healthcare goals, such as keeping their blood pressure less than 140/90 mm Hg, could receive financial incentives in form of health care credits, which could be used towards discounts on medications, health insurance, procedures, and co-payments.

She also speculates that this way, with the reward being on-going, the behavior change could be sustained. It should be noted, however, that those incentives are not direct financial rewards.

According to Priebe, the burden of payment rests on whoever funds healthcare, without room for a contribution from pharma. Burns agrees: “I think that payment by the pharmaceutical industry firms would be wholly unacceptable for all involved and would spell the end of the approach.”

Adherence to treatment was 11.5% higher in the intervention group compared to the control group, leading to an average adherence of 85%.

Antipsychotic maintenance medication is something patients take for a very long time mainly to prevent relapse. “It has been reported as one of the most effective treatments in all of medicine, [but when not taken regularly, it leads to] very distressing symptoms,” Priebe explained. “Estimates vary between studies, but most say that 15-20% of patients do not take their medication regularly.”

Depot injections have been introduced as an alternative to pills. Injections are administered weekly, bi-weekly, or monthly, and the medication is slowly released into the body over a fixed period. It is the exact same medication that is normally administered orally, so the benefits and side effects are the same as if the drug were taken by mouth.

To be included in the study, patients had to be under the care of the team for at least four months; aged between 18 and 65 years; have a diagnosis of schizophrenia, schizoaffective, or bipolar disorder according to the international classification of disease; be prescribed depot injections; show low adherence to medication; and have the capacity to provide informed consent to participate in the study. Exclusion criteria were intellectual disability and poor command of English. Overall, 68 participants were enrolled in each group.

“Originally we thought we would enroll patients with adherence 50% or lower, but we discovered that patients with less than 50% adherence to depot injections are very, very rare, meaning that community team are good at following those patients and achieve higher adherence. We eventually decided to go for adherence of 75%,” Priebe explained.

Participants in the intervention group were offered £15 for each depot injection over a 12-month period. Patients in the control condition received treatment as usual. Clinicians gave money in cash directly to patients after each injection, and patients signed a receipt.

“We decided to offer £15 per injection. We did it for a number of reasons. First, we’ve had a positive experience with something like that. Second, we didn’t want to provide that much money that later could be seen as making patients finally dependent. It also had to be under £20 because that would interfere with benefits entitlements, and that’s important because 99% of our patients are on benefits,” Priebe elaborated.

The primary outcome was the percentage of prescribed depots received in the community within the 12-month trial period. Time spent in hospital or prison was excluded, unless shorter than one depot cycle.

Secondary outcomes were the percentage of patients with at least 95% adherence, which was meant to reflect practically full adherence (allowing for one depot to be missed in patients receiving fortnightly prescriptions), clinical improvement, subjective quality of life, and time spent in work, training, and education.

The study proved quite successful. Adherence to treatment was 11.5% higher in the intervention group compared to the control group, leading to an average adherence of 85%, which represents more than half of the potentially possible maximum improvement. Furthermore, the proportion of patients achieving adherence of 95% was eight times higher in the group receiving financial incentives.

Although there was no difference in clinical improvement between the two groups as reported by physicians, the intervention group did experience higher quality of life. Regarding secondary outcomes, five patients in the intervention group (one in control group) were employed during the study period, no patient was in formal education, and seven patients in the intervention group (five in the control group) attended some type of training course, suggesting that regular treatment might have allowed patients to organize their lives better, cope with problems, and engage in satisfying activities. The authors also speculate that receiving money from services had a psychological effect in some patients, increased their confidence, and facilitated a more positive view of life.

It seems that, although controversial, financial incentives do hold some promise of improving the health journeys of people suffering from psychotic illnesses. Improved medication adherence, more positive experience of the health services, better quality of life are much sought-after outcomes in the treatment of schizophrenia and bipolar disorder, and no avenue of research should be discarded.