Mobile Strategy for pharma: engage all stakeholders on their terms

Adherence and audio books: Hear all about it 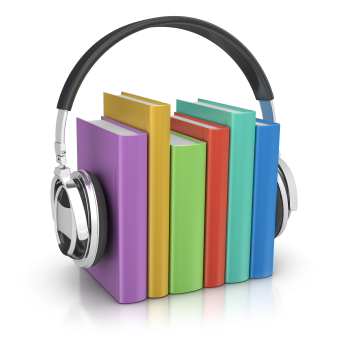 As pharma companies move into emerging markets, unfamiliar challenges await them. One of the most pressing from the patient perspective is illiteracy.

Roughly 800 million adults around the world are illiterate—that’s one in five—and an additional 67.4 million children are out of school, according to the latest figures from UNESCO. Most of these adults and children are clustered in developing countries. In Africa, for instance, 60 percent of people can’t read or write.

Against those statistics, the task of disseminating medical information to patients becomes daunting. “What we need to do is spread information,” says Jack Watters, vice president of external medical affairs at Pfizer. “That’s the commodity here. You can develop new medicines, but until people understand how to use them properly, you’ve only done half the job.”

One way to overcome the literacy barrier, says Watters, is to approach it from a different direction: that of the spoken word. Pfizer has teamed up with Books of Hope, a company based in South Carolina, to produce Speaking Books that break down complex medical issues into simply illustrated narratives. An embedded sound track conveys the information audibly.

“Our books are intended to give patients a sense of what they’re facing and all of the options they can pursue,” says Brian Julius, founder and president of Books of Hope. “Ultimately, we’re about empowering the patient to go out and do something positive about their condition.”

The Speaking Book program began in 2005 in Johannesburg, South Africa. Julius and his wife were running a teen suicide awareness campaign and discovered that many teens couldn’t read their educational materials. Those who could were often bored by it; Speaking Books was their solution.

The basic idea of the books is ‘edutainment’: content that is at once instructive and fun to flip through, like a comic book. To accomplish this, the books are 16 pages long, colorfully illustrated, and accompanied by a numbered sound panel that allows people to listen along at their own speed.

“We’re talking to people who often have no electricity, no running water; TV is something they see occasionally; they’ve got no regular access to computers,” says Julius. “Here is something that is simple, it runs on itself, and you run it at your own speed.”

Books of Hope often uses a popular celebrity to record the soundtrack and local artists to tap into current artistic trends. One study in South Africa found a 58 percent increase in understanding among those who received a Speaking Book.

Since the first Speaking Book launched, Books of Hope has published 50 subsequent titles in 15 different languages. Pfizer, Merck, GlaxoSmithKline, Sanofi-aventis, and Eli Lilly have all partnered, as have the World Health Organization, the World Medical Association, the Centers for Disease Control, and UNICEF. Pfizer has launched Speaking Books in Africa, India, China, the U.S., and South America, with a focus on clinical trials, safe medicine, smoking, hypertension, and malaria.

“These books help people understand, help them make informed decisions, and ultimately build trust and hope,” says Pfizer vice president of external medical affairs Watters. In the years ahead, Watters would like to see the books rolled out around the world to address patient confusion and apprehension about clinical trials. “There’s a real need,” he says. “As we spread clinical trials more globally, it’s important in areas of low literacy that people understand what a clinical trial is and why they may or may not want to join.” (For more on clinical trials, see ‘Social media: A tool for clinical trial recruitment?’.)

Books of Hope also hopes to expand into developed countries, where immigrant populations are often disempowered due to illiteracy or lack of fluency with the primary language. Pfizer and the Center of Immigrant Health in New York City recently partnered with Books of Hope to produce a book about high blood pressure.

The success of Speaking Books provides an instructive roadmap for how to overcome communication barriers. One key, says Julius, is to keep it simple.

Whether you’re trying to reach someone who is illiterate or just scared, confused, or defiant, information presented simply and intuitively goes a long way to empowering the patient. “A lot of technical information that [pharma companies] create is written at a post-graduate level and is incomprehensible to patients and to a lot of their own colleagues as well,” says Julius. “We try to get each page to have a very basic message, so that it is concise, understandable, and entertaining.”

Second, emphasize the visual. Speaking Books work because they’re fun to look at and to follow along.

They’re also designed to be popular. In an era when YouTube videos and tweets go viral each day, think about how to make your message more likely to be passed along. “Everyone wants to hear what celebrities have to say,” says Julius. “If you can harness that enthusiasm and apply it to a serious topic, you can get a lot of traction.”

Books of Hope estimates that each of its books reaches an audience of 20 to 30 people. Considering that each book costs $20 to produce, the investment is relatively small to reach a large audience.

For everything tech- and patient-related, join the industry’s other key players at Mobile Strategies for Pharma on Dec. 1-2 in London.

Mobile Strategy for pharma: engage all stakeholders on their terms