Build compliant, transparent and successful relationships with your medical and non-medical KOLs

A 6-step guide to KOL engagement 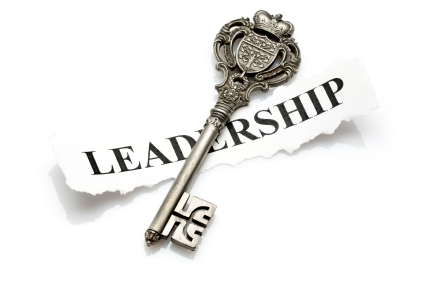 Identifying and engaging key opinion leaders (KOLs) used to be straightforward business. Brand members would identify the eight to twelve heavyweights in a disease class and seek to curry their favor, or at least minimize their opposition if outright support wasn’t possible.

These days, it’s a more complicated game. The proliferation of media channels combined with the rise of new stakeholders in healthcare has diluted the influence of any one KOL and expanded the field of key voices in any given drug state. Furthermore, as more barriers build around physicians thanks to government regulation, hospital groups, academic groups, and patient groups, physicians have less autonomy and it’s harder to gain access to them. “In order to get into an academic center to meet with specialists, you have to go through a whole set of hoops these days, like getting credentialing and fingerprinting,” says Jerry Conway, vice president of payer contracting and reimbursement at Metamark Genetics. “They’re really closing out industry access.”

At the same time, the importance of KOLs and their ability to make and move a market hasn’t changed, Conway adds, so pharma needs to devise a novel method to identify and engage KOLs. Ashok Bhaseen, vice president of marketing and sales at Pediapharm, agrees: “It has to be a stepwise process,” he says. So here are six steps toward KOL engagement, from initial contact through launch.

In response to the more fragmented nature of healthcare these days, in which patients, employers, the government, physicians, and insurers exert influence, managers need to expand their margins when searching for KOLs for a new product. “Cementing a short list is nearly impossible,” says Conway.

At Metamark, he’s currently assembling a KOL list for a new prostate product, and that list has swelled to more than 60 physicians, whereas a dozen would have been on the large side a decade ago. Due to the tightening restrictions on industry, Conway says it’s important to cobble together various approaches when determining which physicians should make an initial list.

Simple Internet searches on Google can prove valuable, as can talking to members on a scientific advisory committee and board members from various academic institutions. Likewise, you can poll different professional meetings, committees, and conferences, like the practice guidelines committee for a particular medical society. “You need to comb through all sorts of datasets to find out who’s who,” Conway says.

Despite increased barriers, connecting with KOLs is still possible. One effective way is to reach out through social media. “When they’re off-site, on the weekend or on holiday, physicians are still looking at the Internet,” Conway says. Professional sites like LinkedIn can provide useful introductions.

At the same time, meeting with KOLs in person remains critical. In busy classes of medications, the same physicians are contacted by numerous brands, and establishing a face-to-face relationship is one of the few ways to assess real commitment. “You need to figure how you can get in front of them to discern who’s going to line up with you and be a driver of change or just an influencer or maybe neither,” says Conway.

Bhaseen likes to tell the story of when he made a physician the chairperson of a KOL gathering without meeting with him beforehand. That physician proceeded to tell everyone in the room that there wasn’t enough evidence behind the product. “We really have to sit down with these people, know them, ask them about their reservations, what are things they don’t like and what are they looking for,” he says. “If you don’t engage them beforehand and have two or three meetings, that damage can take years to rebuild.”

One goal that most KOLs share is to capture attention and prestige within their respective communities. As a result, many KOLs are academically driven. Being informed about how a new product can fill a gap in treatment and, in turn, being able to inform the rest of the medical community about that product through peer-reviewed and consensus articles, therefore holds appeal. The conferences and congresses where physicians present papers and posters are excellent forums for both physicians and industry.

In addition, nearly all KOLs are concerned with their patients’ wellbeing. To secure KOL support, companies need to prove that they’re adding value to physicians’ practices by bringing more benefit to patients. “KOL engagement is about practice enhancement,” Bhaseen says. “If that’s not there, then there’s no value attached on either side.”

With the stakes so high, it’s easy to focus exclusively on a product’s positive side. The stronger the pitch, the more compelling the angle for KOLs to write and speak about, the more value delivered to the patient, and as a result, the more committed physicians are to the product. But withholding side effects and concealing full information is not a healthy long-term strategy. When negative side effects begin to manifest post launch, physicians will respond to the feedback, KOLs will react negatively, and penetration will decline.

“We need to focus on content value,” argues Bhaseen. “That means content that is correct and accurate and medical information that does not surprise physicians or their patients. If it comes as a surprise to them, they will feel let down and they don’t like that. So you have to make sure you take that element of surprise away and share everything.”

Transparency is paramount from the first meeting through launch and onward; it needs to be the foundation upon which the KOL relationship is built. Bhaseen points to an example like Vioxx, where it was presented to KOLs as a panacea for a number of conditions, from osteoarthritis to the treatment of menstrual symptoms to the management of acute pain to the relief of rheumatoid arthritis in adults and children.

The fact that it lead to a significant increase in the probability of heart attacks or cardiovascular trouble was not shared as enthusiastically, if at all. When news of the side effect broke, KOLs felt burned, patients felt scared, and it led to the largest drug prescription recall in US history. “If you are not sharing complete information, you are not really having a relationship,” says Bhaseen. “You might have a temporary relationship, but when they find out, it’s not going to be good.”

Creating an initial list of high-end KOLs, and then cementing relationships with the best of them, is critical for galvanizing support behind a product before and as it launches. But KOL management needs to be a fluid concept, in which relationships are maintained and new ones are added where necessary. Once sales reps hit the street, for instance, they may relay local information about a specific doctor at a urology practice who’s critical for creating trust within the surrounding community. “You don’t have visibility into that side of the world in the initial stages of research,” says Conway, “But you need to be accommodating once that feedback starts to come in.”

You also need to be aware that KOLs who become vocal against your product are as important as those who support it. “You need to develop some kind of relationship to maintain an open dialogue, even if they’re opposed to what you’re trying to achieve,” Conway says. “They may look at you as being disingenuous, but you still need to reach out to those lined up against you.”

Bhaseen adds that some KOLs want to get involved with every drug, which leads to a credibility gap. Choosing to avoid such a KOL is fine, but it’s important to be aware that such a position can anger them into outright opposition. Therefore, these KOLs also need management through time. “You have to be really careful with people you’re taking and people you’re not taking, because both can damage you,” says Bhaseen.

Due to the high stakes around KOL management and increasing complexity, the final step in KOL management is: Ensure that someone at a senior level in the company is accountable for the program. Conway says that many organizations spread ownership of KOL management among a number of different departments, from a marketing manager to a product manager who oversees “47 other things.” “Today, it almost has to be a senior level position depending on the level of competition in your space,” Conway says. “It might even be at a VP level that’s really sophisticated at making solid relationships and managing a list of folks.”

The responsibility could also fall to the head of medical affairs or a chief medical officer, if a company has a physician in such a role who is good at interacting externally. “These days KOLs like to work at the highest level in an organization because they’ve seen that things get done when working with senior management,” Bhaseen says, “whereas when working at a junior level, things don’t get done, and that leads to frustration.”

For exclusive business insights into KOLs, attend KOL and Stakeholder Engagement Europe 2012 on February 21-22, 2012 in Berlin.

Build compliant, transparent and successful relationships with your medical and non-medical KOLs