Deliver sustainable growth with a superior commercial and digital strategy

Is Your C-Suite Improving or Hindering Your Company Growth? (Part 1)

Andree Bates asks the question that perhaps no one wants to consider – is your CEO building up your company …or dragging it down? 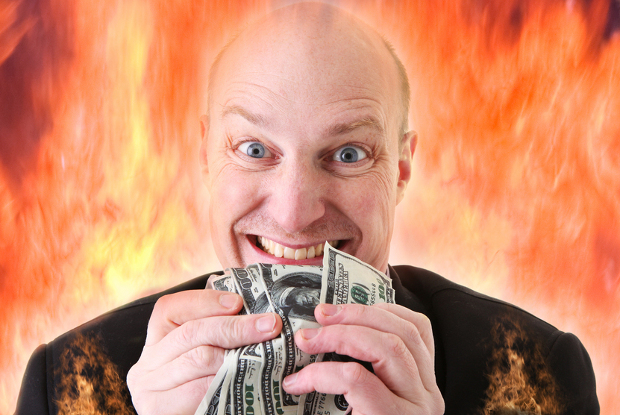 The headlines around Pharma and drug performance are not flattering. Few companies are left out of the negative press.

Bad headlines sell publications, but the underlying truth of the matter is that the market is not rosy, nor will it be easy to change. Transforming a company’s performance is a considerable challenge faced by many CEOs, although the types of disputes that are dealt with vary from company to company.  A method that works well for one company may not be successful for another due to different root causes of the problems each faces. All CEOs tend to do the obvious: short term adjustments such as slash jobs, cut costs, move offshore, reduce budgets, and buy pipelines. They then choose one or more of the routes we will discuss in this article.

If we examine how widespread cutting costs via job loss are in the industry, it will be enlightening. Between 2007–2010 we saw an extraordinary number of Pharma industry jobs being made redundant:

I could carry on but I’m sure you get the picture. The situation then continues to worsen…. after cost-cutting is implemented as far as possible, they begin to consider changes in their strategy. Changes are certainly needed but the question is: are the right ones being made at the right time?

The main ways Pharma CEOs presently deal with crises are focused largely in 4 areas, with the first three being the most popular:

Each of these options has their own set of strengths and weaknesses which can assist or destabilize companies’ efforts. I will briefly discuss each and then turn to more analytic approaches which enable knowing which of these, and indeed which combination of these, will work best for a particular company and its issues.

GSK’s CEO, Andrew Witty, said that the business model of Pharma must change from being blockbuster dependent to blockbuster capable. Well, this is true enough, but what choice do Pharma have in lieu of any blockbusters? If truth be told, there must be an entire restructuring of the Pharma model. The pipelines producing slight improvements in existing classes of drugs are clearly not working. With value for money and generics grabbing the limelight, companies should not be focusing on ‘blockbusters’ but creating drugs that offer significantly better value for money to payers.

For almost a decade now I have been saying that the R&D revolution for chemical entities is largely done. Why bring a drug to market that has minor improvements on what is already there for a vastly inflated cost? R&D needs major reconstruction. We have very few NMEs, despite R&D investment being more than double in the last few years, as every CEO sees it as the way to save the business….which, in theory, has validity, but in practice is proving more difficult to achieve.

So what approaches are CEOs turning to?

One approach for improving R&D outcomes is to stop failure occurring in late stages for predictable reasons that could have been avoided, which BMS is reportedly doing. They are now carrying out comparative effectiveness research as early as possible (when products are moving from Phase II into III) to move the value added ones on into Phase III as quickly as possible and halt the one of no value. Why spend billions getting a drug to market that won’t bring value to the market? Sounds obvious but with all the ‘me-too’ drugs on the market, many companies fail to do this. Lilly also adopt this approach, aiming to kill compounds that are likely to fail, or not be valuable to the market, as early as possible. This is eminently sensible and all companies should be examining ways to do this effectively.

Roche have focused their R&D strategy on biologics and personalized medicine with targeted therapies, while exiting the short interfering RNA area and attempting to balance innovation with increased productivity. They do not favor diversification approaches and Severin Schwan, CEO of Roche, in an interview with the Financial Times, said he viewed these approaches as ‘giving up’.

Other approaches include reallocation of R&D costs. GSK, for example, have largely moved their R&D resources away from people and infrastructure to project costs; they have also reduced their headcount by over 25% since 2006 and closed several R&D centers at the same time, increasing their investment in late stage development by 58% in 2009 and over 5 times in biologics since 2006. In fact, currently, 20% of their pipeline is made up of biologics (excluding their vaccines). This focus of resources in R&D continues as they persist in decreasing their headcount in mature markets, although they have had an increase in emerging markets. Incidentally, they are not alone. Sanofi Aventis is doing the same with its headcount and are reducing their mature market staff and increasing their emerging market headcount so that their emerging market staff consisted of 40% of their total headcount in 2011, compared with 30% in 2008. Novartis are reported to be doing something slightly different but it does involve reallocation. They are creating smaller groups of people, which also have a variety of disciplines working in the same location, to allow more interaction and less bureaucracy, as well as seriously looking at outsourcing parts of the R&D.

Other solutions include partnering with venture funds and having first refusal on compounds being developed. This is being done by Lilly, GSK, Astellas and Takeda.

The strength of the approach of improving R&D productivity is obvious. If you succeed, you have access to more successful compounds at lower cost and lower risks. The weaknesses? Results. Only time will tell if these changes are enough to boost the results needed.

‘Emerging markets’ is the buzz everywhere in Pharma now. The reality is that most Pharma of a certain size have been involved in emerging markets for quite some time now. For example, GSK began in Shanghai in 1908. This is not really a new focus for Pharma companies, despite the hype. The focus on emerging markets at present is because they are the only markets growing while the mature ones have started to tank – comparatively - so the focus is to expand in them to take advantage of the growth.

Although the buzz all sounds promising, it has not yielded the returns hoped for. One factor is that a large proportion of these populations cannot afford the higher prices of foreign branded drugs. China is a fascinating case. Brands are important there (note the strength of Louis Vuitton as well as other luxury brands), but the generics have really branded themselves well. Although there is a public insurance system in China, most of the population is uninsured. Therefore, that much Pharmaceutical expenditure is out of pocket and, as a result, generics and traditional medicine are favored.

Also, Pharma companies are failing to use strong analytic approaches to really find and focus on the core characteristics in sales and marketing that would make the most difference to the results, as expensive branded drugs can succeed in China if handled effectively. Let’s look at Bayer, who’s been very successful with their brands in China. Adalat and Glocubay are leading products in China, despite both being non-generic, branded and relatively costly. Thus, it is not impossible to achieve this with strong analytics.

What about a generics focus in emerging markets? It certainly is a cost effective way to reach a large, poorer population. The logic of this approach on the surface makes sense; however, does it stack up over time? The hope is that it will result in volume increases that will outweigh the lower margins. Nevertheless, in terms of net impact, the likelihood is that a mix of generic and branded will result in a negative shift towards lower overall margins, meaning that the growth opportunity will largely be offset by lower margins, and to make this work overall will be a difficult task to execute. Will the strategy of buying low cost drugs in one market and selling under their brand at a high price in other markets work in the long term? Or will it be a distraction? Time will tell.

Many companies are trying it: Pfizer and Aurobindo Pharma in India for generics, Sanofi-Aventis with Zentiva, Laboratorios Kendrick, Medley and Nichi-Iko, GSK with Aspen and Dr Reddy’s Laboratories, Novartis and Ebewe Pharma, Bayer and Bioton, Watson and Arrow, Cephalon and Mepha, Daiichi Sankyo and Ranbaxy, Aspen and Sigma, Teva and Ratiopharm, Abbott and Piramal, Mylan and Bioniche.

The activity is in pandemic proportions. In addition, there is also a trend for acquiring biosimilar companies. We see a large trend for buying generics businesses to expand volume sales with a hit on margins and profitability. However, if you look at Novartis’ 2009 annual report for its different business units, you will see the Pharma unit had a gross profit of 24,135 (in $ mm), while the generics unit had a gross profit of 3,804. The margins are just not there, so the business evaluation must be made very carefully.

Let’s now discuss Branded Generics. Several big players (e.g. AstraZeneca and Pfizer) have entered into agreements with generic companies in order to access branded generics. This should be a useful strategy in emerging markets where brands are important along with price. It will be interesting to see how this strategy plays out but one would expect, if handled correctly, it should be a positive one.

Customization of the product portfolio for emerging markets is another approach we are seeing, so that the brands meet local needs. Both AstraZeneca and Novartis have R&D centers in Asia to focus on treatments for diseases endemic to the regions they are in.

On a positive note, if the volume increase is sufficient, new revenue growth can be gained, which is a strength. However, clearly, the volume increase needs to be significant to offset these profit margin differences. Some other factors likely to come into play on the weakness side are generics drug prices. These are, no doubt, going to come under increasing pressure in emerging markets, given a trend in this has begun already with Greece and Spain reducing generic prices by 30% and China considering reducing generics prices by an average of 40%.

We will continue Part II of this article next month and will continue with the key areas mentioned above. We will also look at analytical ways to find out the approach (or combination of approaches) that will have most impact on financial results.

Deliver sustainable growth with a superior commercial and digital strategy