Would You Recognise a Good Sales Manager If You Saw One?

Marie Crespo explains why the role of the sales manager is fundamental to improving sales performance. 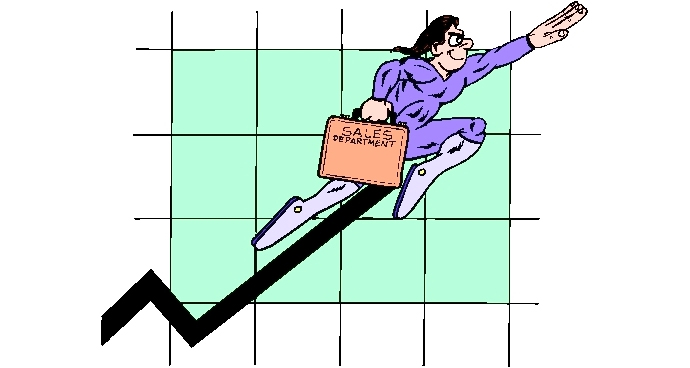 Many of us would agree that managing salespeople and driving sales performance has traditionally been seen as something of a dark art. What then of the recruitment, management and development of the sorcerers themselves? How many businesses truly understand the role of the sales manager?

If ever there were a role open to misinterpretation then the role of sales manager is it. To some, a sales manager is a rare species of ‘super-salesperson’, the top of the tree, the person who demonstrates how it should be done and always rides to the rescue to ensure the team meets its quota. To others, the sales manager fulfils a more bureaucratic function, collecting and collating data, ensuring procedures are followed and keeping the organisation ticking over.

While there’s certainly some truth in both interpretations, the responsibilities of the sales manager involve much more than this. The role is a vital one in terms of an organisation’s sales performance. An effective sales manager acts as a guide, mentor and facilitator – the lubricant which ‘oils the wheels’ and simultaneously binds an effective sales organisation together. The typical sales manager is responsible for critical decisions regarding hiring, developing, motivating, coaching and controlling the focus, direction and performance of the sales team, while also engaging with other strategic areas of the business.

Thus, because this role is so vital to a high-performance sales organisation while also being widely misunderstood, there can be no question that ineffective sales management is contributing to poor overall sales performance in many organisations.


As part of our assessment work across many large organisations around the world, we’re building an ever-more-comprehensive view of the effectiveness of sales managers globally. What we have found is that the population of sales managers varies quite widely from country to country in terms of their potential to perform the role successfully.

Bear in mind too that the individuals we have assessed for their performance potential tend to come from global corporates, where the quality of the talent and the organisation’s processes and development can usually be considered as being amongst the best. This leads us to question even more the quality of sales management in organisations which are not amongst this elite tier.

In many ways, the figures reflect the policies of industrialised countries which have taken conscious decisions to make their economies more competitive internationally. It is perhaps unsurprising that Germany, Netherlands and France feature, with their strong tradition of global trade. Equally, Thailand is a regional hub for many businesses in south-east Asia. However, the UK lags behind, perhaps a reflection on an economy weighted towards financial services. India and Malaysia are both emerging economies. The low figure for Spain may indicate a system of sales management that is different from the cut and thrust of what is expected in today’s environment.

What also emerges is that internal benchmarking of sales management talent within an organisation does not provide a complete picture of where an organisation (or its subsidiaries and divisions) sits in the grand scheme of things. To gain a complete understanding, it is vital to benchmark against a global standard, in order to make like-for-like comparisons across teams and geographies.


In our experience, the quality of sales management is very mixed because of the widespread misinterpretation of the actual role, which has in turn been perpetuated by poor recruiting policies. Beyond that, however, we have also come across instances of probably well-intentioned organisational restructuring where the creation of a flatter management structure has eliminated the role of the sales manager from an organisation altogether.

Whilst such decisions may initially have been effective in eliminating cost from an organisation, they are also likely to have created issues, especially affecting revenue performance. Such problems stem from the unique nature of the sales manager’s role and may not have been immediately apparent when the original decision was taken.

In particular, the coaching element of the role (when performed correctly) is absolutely vital in raising the performance of the sales organisation as a whole. Not only do effective sales managers play an important part in reinforcing the traditional training element of sales development programmes, but they usually represent the only channel capable of delivering the coaching which is so often the key to unlocking the behaviour changes necessary to generate above-average performance amongst the sales teams.


So how do you go about hiring and retaining good sales managers, and what exactly should they be doing? Obviously, the key lies in understanding the scope of the role. Our definition of the sales manager role can be found here: http://www.salesassessment.com/english-usa/wp-content/uploads/sales-manager-role.pdf

To be successful, a sales manager requires the capability to work effectively in three different and distinct ‘functions’ within the scope of the role: selling management, business management and people management. Undoubtedly this is one of the most challenging roles in business in which to be effective. Isn’t it about time we got it right?