When Women Get Sick: Medication Adherence and the Caregiver Conundrum

What could motivate patients to show more concern for their pet’s health and medication adherence than their own? Katrina Firlik, MD examines the impact that caring for others can have on caring for yourself… 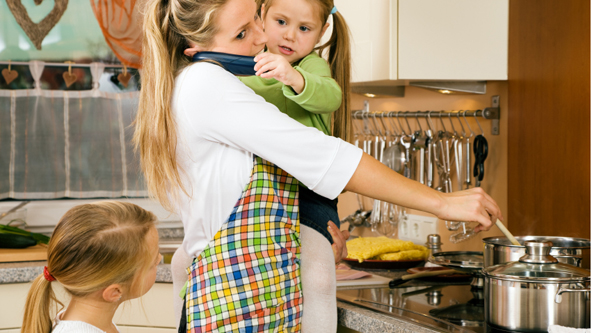 According to the Family Caregiver Alliance, “about 44 million Americans provide 37 billion hours of unpaid, ‘informal’ care each year for adult family members and friends with chronic illnesses...Family caregivers, particularly women, provide over 75 percent of caregiving support in the United States.”

The other common form of caregiving, of course, is caring for children and significant others, a role – albeit shifting to a more gender-neutral state – still dominated by women.

As the logic goes, the more time spent caring for others, the less time and energy – mental or physical – available to care for oneself.

This issue can have serious medical consequences, from bad eating habits and lack of exercise, to long stressful days. But there is one other often overlooked aspect of women who care for others well at the expense of themselves: a number of studies have demonstrated that women’s medication adherence rates are worse than those for men. This trend was also noted in a recent independent survey of more than 1,000 people on medication for a chronic condition. The study, analyzed by HealthPrize, found that 32 percent of women said they had quit taking their medication altogether or simply never filled a prescription, as opposed to only 20 percent of men.

There is a growing body of research that suggests that this gender gap in adherence is a real, and serious, issue. Another recent study found that 11 percent of women who should take hormone-blocking therapies as part of their breast cancer treatment never initiated the treatments and 15 percent stopped taking it early.

20 percent of women admitted that they were more likely to ensure that the family pet adhere to their prescription, than they would for their own

What’s more, a somewhat funny – or pitiful – statistic that was uncovered in the HealthPrize survey was this: 20 percent of women admitted that they were more likely to ensure that the family pet adhere to their prescription, than they would for their own.

Why? In general, women, especially busy ones, can be in denial about any illness of their own. Just Google “Why Moms Can’t Get Sick” and you will see millions of results. As one blogger wrote, “This is why moms are not allowed to get sick. And apparently society agrees with me because when I searched for a picture of a sick mom with healthy kids the only results were ones of mom taking care of sick kids.”

Often, the sickness mom may be dealing with is something on par with the flu. But chronic conditions can be even more difficult to handle psychologically.

As the healthcare and pharmaceutical industries begin to work to better understand the different barriers to adherence for women (most often the caregiver) compared to men, there are many things to consider.

A busy caregiver will often play the time card: she just doesn’t have the time to take care of herself. But if you think about it, the act of taking a medication – especially an oral one – typically isn’t very time consuming. It usually requires just a few seconds.

Now admittedly, filling and refilling a prescription is a bit more of a pain—unless you’ve taken advantage of 90-day fills and mail delivery—but even refilling is relatively simple, especially if you’re already making trips to the pharmacy for your mother, child, family dog and so on.

Many caregivers value the health of others over their own health

Taking a medication is certainly easier and less time-consuming than following through with other healthy behaviors, like getting enough exercise, sufficient sleep and maintaining a healthy weight. It’s even easier than brushing your teeth or taking a quick shower—other daily routines that caregivers are typically able to squeeze into their days.

I would argue that time is not the issue. I believe it’s more of a value issue. Many caregivers value the health of others over their own health. For example, if a mother is in remission from breast cancer and has a child with diabetes or a husband with high cholesterol, it is likely that her family’s illnesses will take precedent. She will be less likely to pay attention to her own chronic issues – like taking her hormone-blocking therapies as prescribed. Many caregivers also suffer from exhaustion and depression, making it difficult to value or to even think about their own health.

Ideally, greater support for the caregiver—offloading at least some of the labor onto others and providing various forms of mental, social and financial assistance—would likely pave the way to shifting the balance more towards a healthy valuing of self.

But still, well-entrenched patterns of thinking can sometimes be resistant to change. When it comes to medication adherence, solutions need to emphasize the value of the medication and of long-term persistence as it relates to the caregiver’s health. It wouldn’t hurt, though, to include an additional emphasis: that remaining healthy is laudable not only for the caregiver’s own sake, but also for those who rely on them.