What are the drivers of this expansion of private healthcare in Turkey? And what the opportunities and implications for global pharma? 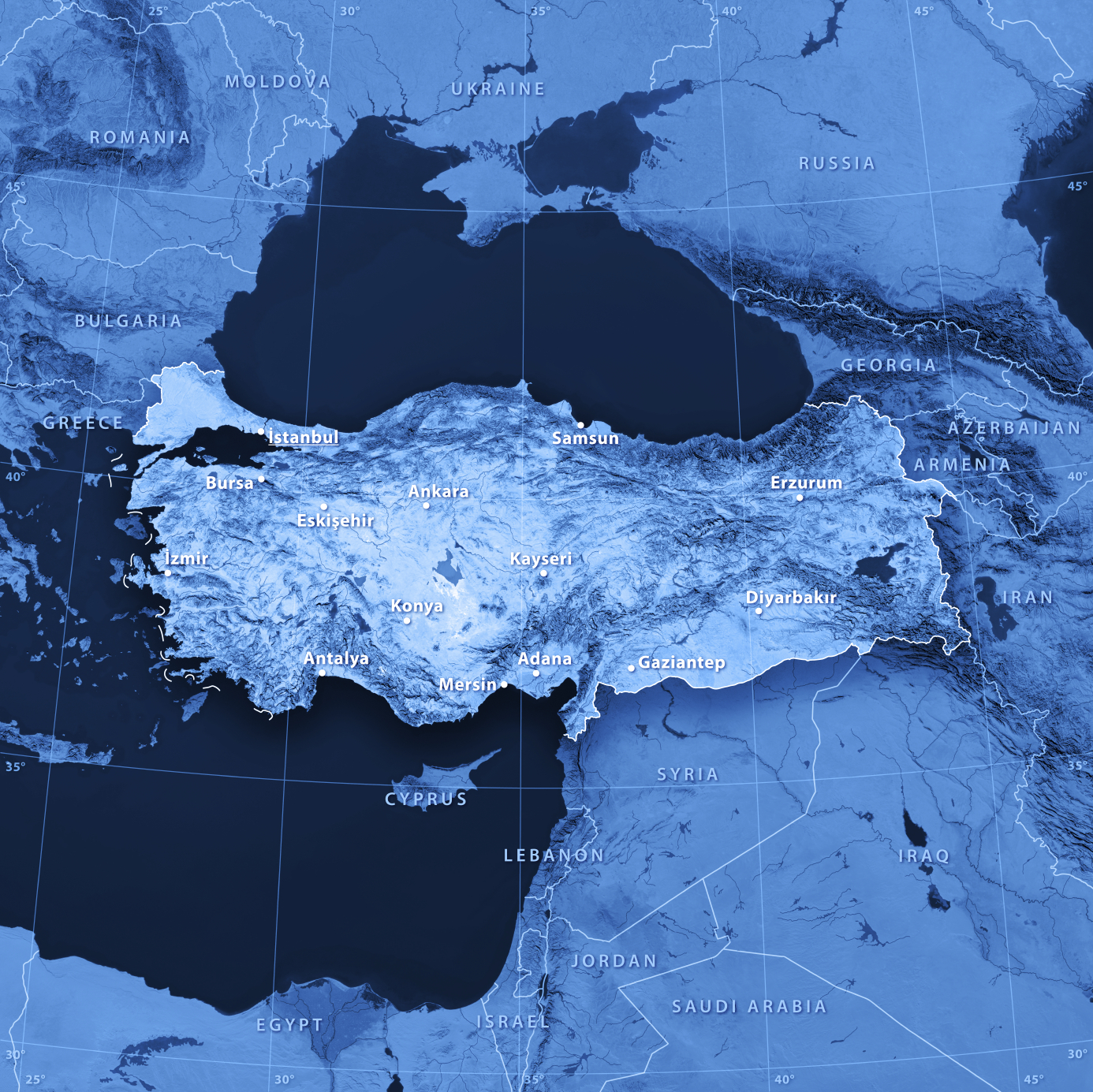 Last year, I concluded my series of articles outlining the challenges and opportunities for pharma in the “MINT” countries, by stating that aggressive pricing controls and dominance of generic drugs, means that in the immediate future, the greatest opportunity for branded, innovative drugs lies in the private  sector. This sector is dominated by pro-innovative drug prescribing physicians as well as a patient population who is willing to pay for a higher “quality” healthcare. The private sector is the “low-hanging fruit” for the manufacturers of branded and innovative drugs.

Whilst the private sector represents the greatest opportunity in all of the “MINT” markets, for me, the particular rapid growth of the Turkish private healthcare market requires particular attention.

Between the year 2002 and 2012, the number of private hospitals in Turkey grew at CAGR of 14.8%. In comparison, the Ministry of Health (public sector) hospitals expanded at a much smaller rate of a CAGR of only 1.5%. The number of surgeries performed in the private sector increased at a CAGR of 44.3%, in contrast, the Ministryof Health hospitals had just a 10.6% increase. Lastly, if we look at the total number of private hospital visits during this period, this increased at a staggering rate of 63.5%.

The question that I would like to address is; what are the drivers of this expansion of private healthcare in Turkey? And what the opportunities and implications for global pharma?

Expansion of Private Healthcare in Turkey

In my opinion, there have been 3 core growth drivers behind the increase in Turkey’s private healthcare sector. The first being favorable government support. The second factor is the “internal demand”, from Turkey’s burgeoning middle class. And the third is “external demand”; the emergence of Turkey as a leading healthcare tourism destination.

One of the key roles assigned to the private sector was to increase patient access through the inclusion of private sector hospitals in the national social security plan (SSI). For a higher co-pay, SSI covered patients now access contracted private hospitals for certain treatments. The result of this was  that between 2002 and 2007 private hospitals’ share of social security medical spending increased from 12.3 per cent in 2002 to 22.8 per cent in 2007. Patients that previously only accessed public sector, were now opting for private and having a “taste” of a higher quality medical institutions and exposure to physicians who are often more “pro-branded” drugs versus purely public sector ones.

The second growth factor for private hospitals has been increasing demand from Turkey’s urban middle class. As healthcare reforms have increased patient access, so have levels of dissatisfaction with overcrowding in public hospitals. A squeeze on limited human resources has led to long waiting times. Lack of medical equipment is also reported as a common patient annoyance in the public sector.

Turkey’s private hospital sector directly addresses patient needs for shorter waiting times and quality healthcare with specialists that have the time to focus on their specific needs. Interestingly, only 2.9% of the population have private medical insurance, meaning the majority of private hospital healthcare is funded out-of-pocket (if treatment is not reimbursed through the public insurances/SSI). In line with many emerging markets, it is the middle urban class patients in Turkey that are trading off cost for fast access to quality healthcare.

The third growth factor of the private healthcare sector has been Turkey’s emergence as a destination for medical tourism. Between 2008 and 2012, the total number of health tourists choosing Turkey as a healthcare destination has increased at a CAGR of 38%. Today, an estimated quarter of a million foreign patients now visit Turkey specifically for medical treatments and services. And by 2020 this sector is predicted to generate a revenue of $ 8 billion (USD), which willaccountfor36% of all tourist revenue

Through world leading and internationally accredited hospitals, health tourists can receive specialist treatment at “affordable” prices. A recent study has shown, that a heart by-pass will cost  on average between $40,000 - $70,000 in Turkey, compared to the United States average price of  $300,000. And while a hip replacement will set a patient back $45,000 in the United States, in Turkey the average price is $10,750.

Turkey’s strategic location between Asia and Europe and flight connectivity allows patients to arrive from the EU, United States or even Australia to take advantage of low cost versus home countries, and from neighbouring countries such as Syria or Iraq attracted by access to innovative drugs, highly trained physicians and cutting edge hospitals.

The Turkish government have earmarked the medical tourism sector as a future growth area for Turkey. Through supportive polices such as tax incentives for companies investing in healthcare tourism, and planned medical “free zones”, which are huge areas of cities devoted to catering for private sector patients and include flagship hospitals and auxiliary services such as rehabilitation centres and even spas and places of worship for all religions. Even Turkish Airlines have joined the game, by offering flight packages to healthcare tourist operators and specialist flexible tickets for patients visiting Turkey for medical treatment.

Opportunities and Implications for Pharma

By taking into account the three growth factors of government support, middle class demand and healthcare tourism, I think it is safe to say that Turkey’s private hospital sector is, and will continue to be a highly relevant sector for global pharma.

There are though some important strategic considerations when entering this sector. First of all, the patient journey is highly complex. Whilst patients may access the private sector for certain aspects of their treatment (e.g. elective surgery, access to high-tech oncology diagnostic equipment etc.) the public sector may be used for others such as post-surgery aftercare or the long-term management of chronic conditions etc. (or even native country healthcare system if medical tourists). In order to identify the private sector opportunity, there is a need to fully understand the role of private sector healthcare in the patients’ overall healthcare management.

Overall, while the public sector is characterised today byaggressive drug pricing controls and dominated by generics, the private sector in Turkey is both growing and represented by prescribers who understand the value of innovative drugs and patients who are willing to pay for quality healthcare. This opportunity though can only be realised through a comprehensive understanding of the private sector patient journey and crucial differences, by region, therapy area and the Turkish citizen versus the healthcare tourist.

I’d like to conclude by considering the future opportunity in Turkey’s private healthcare sector.

In the coming decade we can expect the continued flow of healthcare tourists. Pull factors such as affordability and world leading facilities and infrastructure are likely to continue to attract overseas patients. But what about Turkey’s domestic middle class, will their demand for private healthcare remain?

As Turkey’s middle class expands, there has been a growing demand for access to world leading public hospitals and innovative drugs.The demand for private sector healthcarewill depend on how healthcare reforms enable the public sector to meet these middle class expectations.

Recent reports have shown that the use of public insurance (SSI) to purchase private hospital treatments has created competition and driven up the quality of the public sector. Another reform is Private Public Partnerships (PPPs), which use private sector partnerships to design, build and run cutting edge public hospitals. The president of the World Bank, Jim Yong Kim, has praised the healthcare reforms and described Turkey as a global “knowledge hub” for PPPs in healthcare.Although the success of PPPs are yet to be fully evaluated, this reform will arguably cause a blurring between the dichotomy of the private and public sector. For international Pharma to fully realise  the  Turkey opportunity a careful  evaluation of  the future dynamic hospital landscape is essential.