This month Kevin Dolgin discusses pharma's innate fear of complexity, and how it prevents the industry from fully realizing the potential of an advanced, dare we say complex, CLM system. 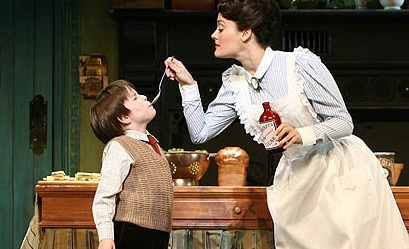 I have to step back for a moment from our consideration of different customer types to address the complicated issue of complexity.

In case you've forgotten, over the past few months I've written a number of columns about new ways to approach customers, focusing on CLM as a framework to tie them all together. I then suggested that we reconsider who, exactly, customers are via the "4P" framework and I told you the story of ALK Abello, a small company that decided to focus exclusively on payers in the UK.

I'm sure you need no reminding of all that, since you have undoubtedly been reading all this religiously. Before getting on to the next few columns, which I promise will be fascinating, I would like to talk briefly about complexity, or notably, the fear of complexity, which I have decided to call supercalifragiphobia.

In the classic film Mary Poppins, we were, as children, exposed to an outrageously and needlessly complex word: "supercalifragilisticexpialidocious" which rolled off Julie Andrews's tongue deliciously but served, essentially, no purpose.

Since I have been discussing closed loop marketing, I have often been faced with an objection on the part of pharmaceutical executives who say that it too is needlessly complex, or at least far too complicated to consider implementing in their own sales and marketing teams. At best, they think it may warrant limited, far less complex pilot projects to test out elements of the concept before they unleash the full, unabated, systems on their poor unsuspecting reps.

This is where supercalifragiphobia comes in. In a different article I recently published in another magazine (sorry, eyeforpharma, but we never said we wouldn't see other people too) I came up with an analogy I think is relevant, that I'd like to develop here...

First, remember that CLM isn't about electronic detailing. eDetailing (as in using iPads and the like during the sales call) certainly help CLM systems, but they are just eDetailing. The definition of CLM is dynamic customer relationship management: a CLM system gathers all the data available, including that resulting from eDetailing, and ties it into a series of complex algorithms that use predictive modeling to retarget, resegment, and personalize content for every customer. If your "CLM" system doesn't do that, then it's not a CLM system.

Pharma is desperately afraid of complexity when it comes to marketing, and especially that channel of marketing known as sales. Why?  Because pharma is so profitable.

Go ahead; complain about decreasing sales and profits, pharma companies are still averaging profitability levels that are far beyond those in other industries.  Compare the top three Fortune 500 companies for 2011, look at their profitability: a little over 5%. The top three pharma companies? A little over 18%. And let's not even talk about gross margins. If your marketing and sales are inefficient in a low-margin industry (and most industries are low-margin compared to pharma) then you see big red numbers all over the place. In pharma, you just make a little less money, and you undoubtedly don't realize that you could have made more. There's no pressure to change, since change might, just might, lower profits, so supercalifragiphobia sets in.

But... and this is a big but... CLM doesn't work if it isn't complicated, or at least complex, and this is where my aforementioned analogy comes in: buying a CLM system and not using "complicated" predictive analytics is like buying a car with the proviso that you won't try to learn to drive (driving being complicated), you'll just push it around the parking lot to see if you like it.

What happens? You get tired, you realize that you could have walked around the parking lot with less energy and effort, you declare the car to be a failure and you go back to your old ways (horses? bicycles? skateboards?). Maybe you keep the car, because it looks good there in the parking lot, but you never actually learn to drive.

What's worse, as the parking lot fills up with attractive, sedentary cars, those who don't have one, in an ongoing bid to keep up with their neighbors, also buy attractive cars they never learn to drive. The car manufacturers (in our analogy, the producers of CLM software) don't point out the pointlessness of all this, because after all, they're selling cars.

Is CLM Complicated?  Damn straight it is. Predictive analytics is a complicated domain of statistics; it takes a great deal of expertise in a field that is well outside pharma's comfort zone. Is this a reason for not using it? Absolutely not... the complexity is contained, it is controllable and most importantly, it does not have to be mastered by the sales force.

Please remember that, a proper CLM system makes the rep's job easier. After all, twenty years ago reps were keeping track of their activity with paper (you hoped). Today they have computers. Computers are way more complicated than paper - they contain millions of programming-hours’ worth of software, developed by greasy-haired technonerds in California who speak in computereze that neither I nor you could understand (well I can't, at least).

The good news is, we don't have to master that complexity to use the systems, the systems make our lives easier despite their inherent complexity.

The predictive analytics that should be at the heart of your CLM systems can safely be relegated to statistonerds (take no offense if you're a statistonerd, I'm something of one myself) and it would be a good idea that someone in your organization understands roughly what they're doing, and that management understands how it all works. After all, mastering Excel makes using it easier, but you don't need to know how to read the code behind it.

From the rep's perspective, these systems should become like a little coach in their iPad, pointing out the best way to deal with every customer and learning with every interaction.

Way back when I used to work in financial services, we faced a similar revolution: credit scoring (which is just predictive analytics employed to determine credit risk) fundamentally changed the job of contact personnel. No longer were they tasked with deciding who was a good or a bad risk, the computer was inevitably more accurate. Their job shifted to real relationship-building and cross selling. As credit scoring began melding into CRM, it was also there to help them decide the best way to build those relationships and what, exactly, to cross-sell. The complex predictive analytics at its heart were and remain a black box to 99% of the people who use these systems, but the job of the banker, telephone assistant, etc. became much easier.

Right, so that was my prodding for today, but I have to say that I've been somewhat frustrated by all this supercalifragiphobia and I doubt that a spoon full of sugar is going to help cure it, so I figured I'd rant a bit. Next month, we'll get back to customer definitions.

Broadening participation in clinical trials: A win for all
Better research through patient insights
Trial site management in the post pandemic era