What are the opportunities and challenges for pharma companies wishing to gain a foothold in this oil-rich kingdom? 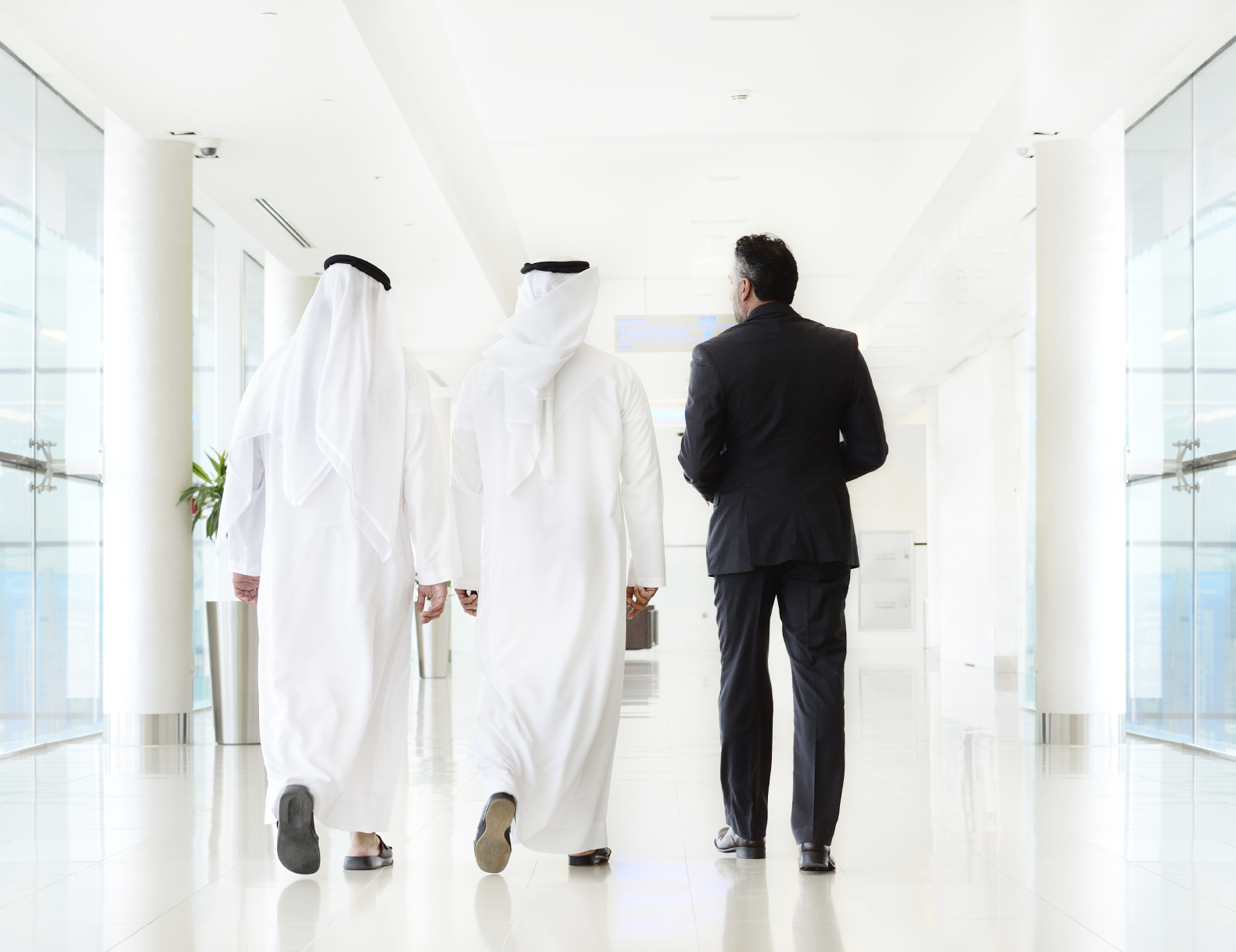 Traditionally the Middle East and North Africa (MENA) region has been overlooked by pharmaceutical companies, with the region contributing only about 2% of global pharmaceutical sales in 2010. Difficult regulatory environments and political turmoil have compounded the perceived lack of attractiveness of the region as a whole.

As we reach the middle of the decade, could the tide be turning? Over the last year, I have noticed increasing industry interest in Saudi Arabia (KSA) – and with good reason given it is the fastest growing pharmaceutical market in the Middle East, experiencing double-digit growth. In this article, I will take a look at the opportunities and challenges for pharma companies wishing to gain a foothold in this oil-rich kingdom.

Though vast swathes of the country are uninhabitable desert, Saudi Arabia has a population fast approaching 30 million.  It is a young country, with over half of the population under 30 years of age.  As it is home to the holy Islamic cities of Mecca and Medina, its population receives a seasonal boost as over two million pilgrims visit each year to perform the Hajj. It also contains about a quarter of the world’s known petroleum reserves, and oil revenues account for approximately 90 percent of the government’s income.

Despite the country’s affluence and stated commitment to healthcare, indicators suggest Saudi Arabia’s overall healthcare performance remains mediocre compared with the West, with an infant mortality rate that is double the average and a shorter life expectancy.

A key pillar of Saudi Arabia’s internal stability relative to much of the surrounding region has been the kingdom’s generous social welfare system, of which healthcare forms an important segment. Healthcare services are available free of charge not only to Saudi citizens but also to all pilgrims, regardless of their nationality. Recent decades have seen considerable improvement in both the quantity and quality of healthcare services.  A Royal Decree in 2002 resulted in sizeable expansion of the primary care network. Care in the top public hospitals, such as Riyadh’s renowned King Fahad Medical City, easily rivals that of the West, with imported medical technology and state-of-the-art facilities.  Medical education is also fully funded by the state, including overseas training. As a result, many physicians are trained in leading US and UK medical schools.

However, not all is rosy. Despite the country’s affluence and stated commitment to healthcare, indicators suggest Saudi Arabia’s overall healthcare performance remains mediocre compared with the West, with an infant mortality rate that is double the average and a shorter life expectancy.

The healthcare system faces a number of challenges. The rapidly growing population and rising prevalence of chronic diseases (notably obesity and diabetes) are placing a heavy burden on the current infrastructure. Public hospitals are overcrowded and there is a shortage of healthcare workers, with a low ratio of physicians and nurses to patients. This results in a heavy reliance on foreign labour, which in turn results in high staff turnover resulting in an unstable workforce. As in many emerging markets, it is therefore, common for the Saudi aristocracy, middle classes and highly qualified expatriates to ‘opt out’ of public healthcare, seeking treatment overseas or in the private sector.

At a broader level, the country’s economic and political outlook is uncertain. Given the economy’s lack of diversification, the recent global plunge in oil prices means Saudi Arabia is expected to enter a budget deficit in 2015, for the first time in many years.The recent change of king, following the death of King Abdullah, has also brought a wave of concern about how international relations might be impacted in an increasingly tense region.

Healthcare Reforms and Move to Privatization

In order to reduce pressure on the Ministry of Health (MoH), as the largest provider of public healthcare services, a 10-year strategic plan has been put in place. A key part of this plan is likely to involve decentralisation of services and the creation of autonomous hospitals, in an aim to raise efficiency and pave the way for greater privatisation.

Compulsory health insurance for foreigners was introduced in 2005 when the government recognized that it could not sustain providing free health care provision for foreign nationals, given the large expatriate population.This was one of a number of moves towards privatization and the growing role of private healthcare within Saudi Arabia.  Around 8 million people in the kingdom now have private medical insurance, with private sector employers now legally required to pay for their employees’ health coverage. While such coverage is not always adequate for low-skilled foreign workers, there is a wide spectrum of provision. Last year saw the inauguration of a joint venture between Johns Hopkins Medicine, the US hospital brand, and Aramco, a Saudi oil company.  Johns Hopkins Aramco Healthcare Company now provides healthcare for the oil giant’s 350,000 employees, relatives and retirees.

The MoH plans to further expand insurance coverage by releasing a plan for all Saudi nationals, including public sector employees.  The need to obtain health insurance is later expected to be expanded to pilgrims, given the burden providing free healthcare for this group places on the system.

Another component of the healthcare reform plan involves improving access to healthcare services outside of the major cities, as current facilities are unevenly distributed.  E-health and telemedicine initiatives are being investigated as potential means to better serve the geographically dispersed population. Strategies to attract Saudi citizens to train as healthcare workers are also seen as a priority in order to expand the local talent pool and reduce the dependence on foreign labour.

Finally, the showcase of the MoH’s strategic plan involves the creation of four additional world-class medical cities. The largest of these is set to be King Khalid Medical City in Dammam, which is scheduled for completion in 2018. Set to be one of the largest medical facilities on the world, it will be designed to operate as a “fully digital” hospital and act as a regional centre of excellence for specialist healthcare in the Eastern Province.

For a company wishing to enter the Saudi Arabian market, its capital Riyadh is the starting point. Its key public centres, providing the most specialized medical care, are the first place to gain access to innovative drugs.

Despite the Saudi economy’s vulnerability, the country looks to be an attractive prospect for pharma. This will be driven by demand - a growing population in which one in three people is obese, the chronic disease market is set to grow.  Increasing privatization of healthcare and the creation of more medical cities will also provide additional demand and competition for healthcare services, with more opportunity for branded, innovative medications.

For a company wishing to enter the Saudi Arabian market, its capital Riyadh is the starting point. Its key public centres, providing the most specialized medical care, are the first place to gain access to innovative drugs. Independent private clinics also represent a key opportunity. In the future, the opening of regional flagship medical cities may open more opportunities for innovative, branded products beyond the capital.  Such centres can be expected to become key targets for the pharma industry.

Local manufacturing alliances are a potential strategy to enable navigation of the complex business environment in Saudi Arabia and provide a platform for operations across the Gulf region. For example SAJA, the Saudi Arabian Japanese Manufacturing Company, is a long-running joint venture between Tamer, a Saudi pharmaceutical manufacturer and Japanese pharmaceutical companies Astellas and Daiichi Sankyo, under which innovative Japanese-origin products are manufactured for the Saudi and Middle Eastern markets.

As part of its drive to diversify the economy and decrease its reliance on oil, the government is keen to decrease reliance on imported pharmaceuticals (85% of all drugs sold in 2010 were imported; the majority of drugs manufactured domestically are generics). It is therefore offering economic incentives to attract foreign drug manufacturers. Pfizer kicked off construction of a plant in Saudi Arabia in 2013, and last year AbbVie set up a deal for the Arab Company for Pharmaceutical Products (Arabio) to manufacture some of its drugs in the kingdom.  As Saudi Arabia’s pharmaceutical market becomes more attractive, we expect to see more partnerships and investments of this nature.

Marc Yates is Director of Emerging Markets at Research Partnership and has 30 years’ experience of market research, specializing in healthcare research since 1996. He spent 15 years in Asia, originally based in Shanghai, then Hong Kong before moving to Singapore. In 2011 he relocated to London to take on a broader Emerging Markets role. Marc is a regular speaker at industry events and has presented papers on Emerging Markets at EphMRA and PBIRG conferences. Contact Marc at marcy@researchpartnership.com

Research Partnership is one of the largest independent healthcare market research and consulting agencies in the world. Trusted partner to the global pharmaceutical industry, we use our expertise and experience to deliver intelligent, tailor-made solutions. We provide strategic recommendations that go beyond research, helping our clients to answer their fundamental business challenges. Find out more at www.researchpartnership.com