In Search of the Silver Bullet: The Illusion of Big Data

This month Rita Numerof looks at the shortcomings of big data, suggesting that far from being an all-encompassing cure, it’s simply one of many solutions to pharma’s growth problems. 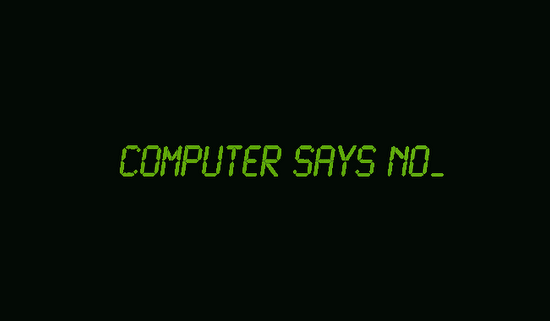 In last month’s column, I described the role that big data can play in an organization with a well-aligned R&D and commercial organization.  This month, I will address some of the things that big data can’t do.  Many organizations are treating big data as an end in itself, but this is a mistake.  As I argued last month, having the data isn’t nearly as important as how you use it.  There are some traps that manufacturers should avoid as they think about the role big data might play in their organizations going forward:

Not Seeing the Forest for the Trees

“As datasets get bigger, they can also lead companies to miss critical insights”

While big data by definition captures a large amount of detail for a large number of patients, what it can’t do is provide a company with the big picture, “the wide angle view.”  While big data sets such as SharedClarity, formed by UnitedHealthcare and several large provider systems, can be excellent tools for answering specific questions -- for example, which implantable devices show measurably better patient outcomes over time -- these data sets can’t tell a manufacturer what it needs to do to make its product more attractive to its key decision makers: payers, patients and physicians.  Consider a product that shows equivalent outcomes, but offers simpler dosing.  To identify the advantages of simpler dosing, you have to see the big picture and consider the implications of co-morbidities on patient adherence.  When you’re examining a single question in a large dataset, considerations outside the scope of your question may not be obvious.

Conversely, big data can get too big.  As datasets get bigger, they can also lead companies to miss critical insights.  One of the advantages of big data is that it can allow us to test hypotheses and to identify correlations that might not be possible in a micro setting.  But the relationship between correlation and causation is tenuous.  Consider the example of hormone replacement therapy (HRT).  In the early 90s, epidemiological studies linked the use of HRT with decreased risk of coronary artery disease.[1] But later controlled trials demonstrated that women using HRT actually showed a slight increase in the rate of coronary artery disease.  When the epidemiological information was re-examined, it became clear that the coincident use of HRT and reduced risk of coronary artery disease were the result of another common cause: higher socioeconomic status.[2]

As this example shows, examining big data sets can point observers in the wrong direction.  Worse still, correlations that turn out to be irrelevant can distract from real insights as companies devote resources to examining these false conclusions.  Thus, the first insight apparent from a large data set can bury more accurate conclusions for a time while an initial hypothesis is tested.  In this example, later studies were able to identify the real reason that disease risk was reduced, but only after multiple studies disproved the original hypothesis.

“Big data’s key shortcoming is this: while it can allow manufacturers and others to take a theory and test it, it can’t create the theory”

Rising costs are forcing stakeholders across the entire industry to change the way they look at healthcare. Increasingly, we see a continuum of care approach to health that emphasizes prevention and more active engagement of patients in their own treatment.  For manufacturers, success across the continuum of care hinges on the idea of building a portfolio of products that address a specific disease state and patients’ needs.  By looking holistically at care from this perspective, a company can identify unmet needs and potential differentiators that aren’t visible otherwise.  Big data can’t do this.  It can verify that a potentially unmet need exists, but examining a big data set won’t identify that there is a gap by itself.  This is where the commercial organization working in harmony with R&D comes in.  Together, they can bring new understanding of the market and unmet needs -- insights that will be critical to organizational success.

To sum up, big data’s key shortcoming is this: while it can allow manufacturers and others to take a theory and test it, it can’t create the theory.  As we become increasingly focused on delivering value across the continuum of care and engaging patients in their own care, understanding what will impact patient behavior and what they really care about will be critical.  Big data alone can’t identify every question that needs to be asked; and -- as I mentioned last month -- without rigorous analysis, erroneous conclusions can be drawn that may have detrimental effects on a product or an entire portfolio!  Big data can be useful in efforts to get to better healthcare at lower cost, but it isn’t a silver bullet, and treating it like one puts pharmaceutical companies at risk.