Patient Services: We Have Nothing to Fear but Fear Itself

Kevin Dolgin examines the current reluctant attitude towards heavy investment in patient services and asks, what's stopping us and what do we have to lose? 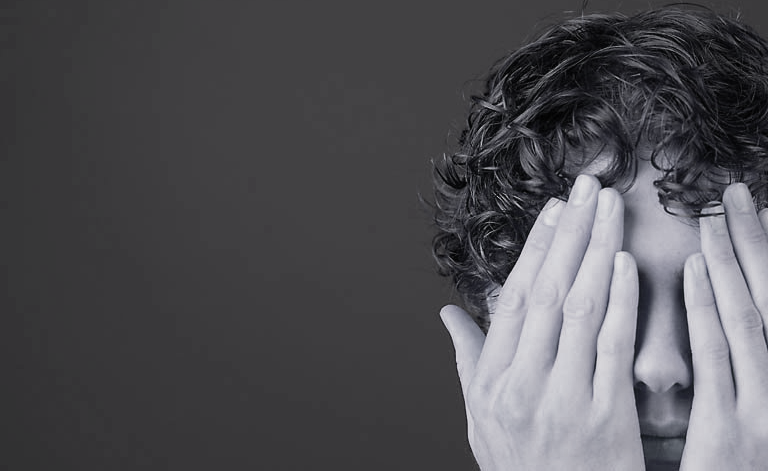 First, let's give a hand to eyeforpharma.  Now of course you'll say I'm biased, because they're publishing (and actually seem to appreciate) these ramblings of mine.  Nevertheless, it must be said that the Barcelona conference was excellent.  For my part, on top of having had the pleasure of chairing the medical devices track (a brief aside: all of you in pharma really should take a day and look closely at what's being said and done in devices.... it's close enough to be relevant and familiar, but far enough to offer some truly innovative ideas), I was also able to get some direct feedback on a lot of these ideas we've been bandying about these last few months, particularly following a presentation I made about patient value.

In a nutshell, my point was that pharma should calculate the value of patients, taking into account the current adherence rate.  In other words, the value of a patient is a function of adherence and efforts to enhance adherence will have a real impact on revenues.  I then gave some examples.

“The returns are vague and unproven, there is perceived risk, and, quite simply, many of these things just haven't been done before”

I'm happy to have seen that evidently, I either struck an existing chord or helped many people sing the tunes they had already been humming, because a number of individuals got in touch to express their agreement.  I therefore took that ball and ran with it, using the same presentation in a couple of other contexts, including some existing clients.  One of those clients responded with a question that I thought was so probing, frank and relevant that I asked if he wouldn't mind if I reproduce it here, because I think he had the guts to express something that many people think, but hesitate to voice...

"...we tend to continue doing what we know best: dealing with doctors. Patient programs is a less explored field (speaking only about prescription drugs, not OTC), slightly riskier, more scrutinized by competition and authorities, sometimes quite expensive and with very vague, committed financial benefits. The promo budget is not getting bigger, the PM needs to shift money from activities addressed to doctors to activities addressed to patients, in other words we need to invest less in the former. Culturally we are not prepared for it, though it is the right thing to do. How can we fix that? Shall we impose a min percentage of budget spent on patient programs? Shall we reward more the risk taking on such activities? Shall we advertise more such initiatives that brought results? The issue is that in many occasions it is very hard to quantify the result, though eventually we speak about a way of expanding the market beyond what's in the doctor's control and increase the brand loyalty to the end-consumer."

In other words, companies are afraid to try something quite so new.  Or at least, people in local marketing organizations are afraid to do so.  The returns are vague and unproven, there is perceived risk, and, quite simply, many of these things just haven't been done before.

"But wait", you say, we do have patient initiatives.  We fund initiatives by patient groups, we help set up support lines, we have our special patient programs... etc.  Yes, but the real question is whether this is a fundamental part of your marketing plan or whether it is a project on the side.  The ratio of spending between initiatives focusing on prescribers and those on patients is 97:3... is that appropriate, or is more to be gained by spending on patients?

The writer of the question raises an excellent point... what if I am convinced?  What if I think that 97:3 is not the right ratio - how can I convince the rest of the organization, whether upstream or downstream?

“By seeing in black and white the negative effect of current adherence levels, the breakeven point for any adherence program becomes clear”

I don't think that setting a fixed amount aside is the right way to do it.  True, it would force marketers to consider patient adherence initiatives as a crucial marketing choice, but I don't think resources should ever be allocated according to a fixed percentage - rather, I believe they should be the result of rational decisions about long-term return... coupled with a dose of marketing flair.

So how do I respond?  First, I strongly suggest working the "downstream" affect of adherence into the marketing calculation.  Consider this: there was a time when a market size was a given, when product managers would consider a market as consisting of whatever IMS therapeutic class definitions they had decided to pull together into their market definition.  Today, almost every marketing plan out there includes an element of patient flow: market size is a function of prevalence, diagnosis and treatment rates, all of which could potentially be addressed in a market expansion strategy.  I think that just as these considerations are systematically taken into account when building a marketing plan, so should adherence be taken into account downstream.

If your 20% market share of a €100M market is generating €20M for you, the analysis shouldn't stop there: 50% adherence means that those same patients and that same 20% share of prescriptions could be generating €40M.  Just as an increase of five percentage points in diagnosis rate is easily calculable into a specific increase in sales, so should the current and projected adherence rate be included in any market analysis.  If every marketing manager were faced in every marketing plan with having to "settle for" the revenue stream resulting from the product's current adherence level, I think they would be much more sensitive to the attractiveness of adherence programs.

Furthermore, while there is not a great amount of data to support claims of adherence programs (note that neither is there no data, and the data set is growing), at least by seeing in black and white the negative effect of current adherence levels, the breakeven point for any adherence program becomes clear: "I plan on spending €100,000 on my adherence program, but I only need to gain 1.5 percentage points to break even... and that's before the positive effect on reputation, therefore market share."  An argument like that is more telling than "I think it would be a good idea".

Lastly, as the executive who asked the question suggested, by all means successful initiatives should be advertised internally (as should unsuccessful initiatives, from which much can be learned). Convincing senior executives to go down this less travelled route will indeed take a lot of reinforcement, and the risk of wasting money will decline as successes are examined.

I greatly applaud the executive who asked that question.  I find it frustrating that many senior executives have relatively few problems simply assuming the validity of their 150 person sales force visiting GPs in some market in which GP response to frequency is demonstrably flat... while reducing to 148 reps and using those resources to fund an adherence program scares them.  It is new territory for many, and working these downstream considerations into marketing plans will indeed frighten a lot of people, but as Franklin Roosevelt famously said, we have nothing to fear but fear itself.