This month Kevin departs from the business end of patient support to examine an interesting cause of non-adherence among patients - The Marshmallow Effect. 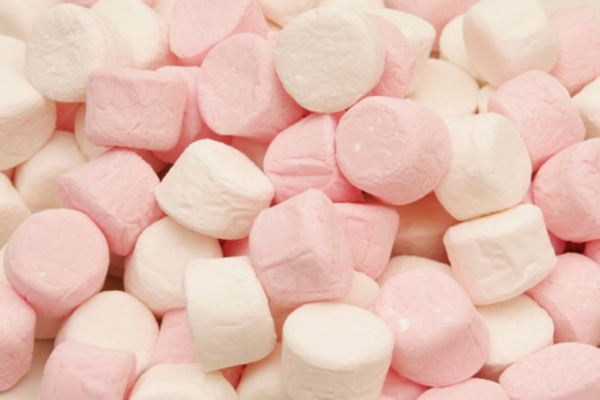 For the last year and a half I've been talking a lot about adherence and how important it is for the pharmaceutical industry.  I've been blowing that trumpet for some time now, so I’ll assume you get it.  If you don't, I'll refer you to columns one through however many there are now, as well as the far more convincing, erudite work done by everyone else who's been saying the same thing.

Right, so now that we all agree that pharma should be investing as much in promoting adherence as they do in promoting their drugs to prescribers, let's take a look a little at the phenomenon itself.  Why don't people take their drugs?

It should be a no-brainer in most cases.  Let's say you have received an organ transplant.  You spent months in trepidation on a waiting list, hoping that someone else's tragedy would allow you to avoid your own.  That day came; you received a telephone call, were rushed to the hospital, went through a complicated operation and finally left with a new lease on life.  Some other person on the waiting list wasn't so lucky; they didn't get the organ that was transplanted into you.  You try not to think about that.

And then a few months later, you die because you didn't take your immunosuppressents properly.

Not believable?  Twenty to twenty-five percent of transplant patients do not fully adhere to their post-operative medicinal treatment.  According to the WHO, this is the principle cause of transplant rejection.  Why?

There are a few phenomena at work.  Forgetfulness is part of it, but generally that accounts for less than a third of non-adherence, the rest is the result of a patient deciding not to adhere.  So why do people decide not to adhere to treatment?

There are a number of reasons.  One has some interesting academic names but I'm going to call it the "Marshmallow Effect".  This comes from that adorable video (alas, we live in the age of adorable videos.  At least it doesn't have any kittens) in which children are given a very difficult choice about marshmallows. A version of said video can be seen below:

This was actually based on an experiment conducted by psychologist Walter Mischel in the 1970's to study delayed gratification.  Mischel put individual children in a room alone, sitting at a table upon which was a plate with a single marshmallow.  They were told that they could eat the marshmallow if they liked, but if they waited for 15 minutes an adult would come and give them two marshmallows.

This is one of the principle problems with adherence to treatment.  Of course I want to live longer and better, and yes, taking a pill every day is a small price to pay when weighed against my health, but the benefits of better health are off in the future and the benefits of shedding the constraints of my treatment, maybe just for today, are right now.  There's a lot of good research and discussion about this in adherence circles, and I'll refer you in particular to the work of Dr. Gérard Reach, but this is a short column and I'll use short words, so we'll stick with the marshmallow effect.

What does this mean for adherence programs?  Well, it means that in order to counteract the marshmallow effect, there are basically three strategies:

1)  Increase the potential value of the long-term reward

How about if it were ten marshmallows in 15 minutes?  Some would still crack, but I'm willing to bet that a lot more subjects would hold out.  What if you could make the long-term effect seem really, really important?  While I'm amazed that there's 25% non-adherence for transplant patients, it's still a whole lot better than hypertension or even diabetes.  Why?  Because the future reward - survival - is more striking than some reduced risk that may never come into play.  A good adherence program will try to demonstrate the long-term benefits of the treatment in great detail.

2) Decrease the attractiveness of the short term award

What if it weren't a marshmallow now, but that nasty, salty black licorice you get in Scandinavia versus two marshmallows in 15 minutes?  OK, I apologize to my Scandinavian readers, but you got to admit it's an acquired taste.  In terms of adherence programs, this means reducing the attractiveness of non-adherence, which generally means making the treatment easy to follow.  If I have to store the thing at a prescribed temperature, then mix two elements carefully before administering an injection then clearly non-adherence is more tempting than if I just have a take a pill once a day.  This is doubly the case if I never really understood the details of how I'm supposed to prepare that injection in the first place.  Making your drug easy to take; through packaging, formulation, administration devices and training can help your adherence rates.

How about one marshmallow now or two in five minutes?  A good adherence program will try to find treatment benefits that are solid, understandable and short term.  Consider smoking cessation (I confess, I just wrote a detailed paper on smoking cessation adherence for a client... very interesting stuff).   You can get much more success if you mix your message about long-term benefits with some clear, short-term benefits as well: enhanced taste, better stamina, increased virility (that always perks up the ears of your male patients).  What are the short-term benefits of your drug?

The marshmallow effect isn't the only factor driving non-adherence, but it's a very real and very pervasive one and you'd best consider it when building a patient adherence program.

Broadening participation in clinical trials: A win for all
Better research through patient insights
Trial site management in the post pandemic era