Before we dive with a solid splash into the sea of patient considerations, let's stop for a moment to consider the most discrete, the least considered of our four P's - providers. 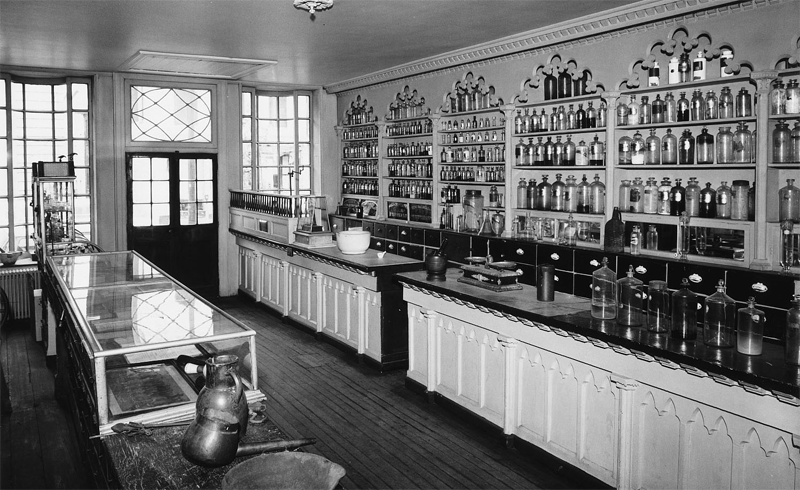 Back to the four P's.

No, not those four P's, the customer four P's that we began considering a few months ago before getting distracted by things like supercalifragiphobia and new years' remonstrations.  If you remember correctly, we had proposed a framework to think about the customers of the pharmaceutical industry - four P's: prescribers, payers, patients and providers.

Traditionally, the field force focused entirely on prescribers while "special teams" - much smaller - dealt with payers.  Patient initiatives were vaguely handled by marketing, who would cast a glance from time to time at patient groups asking for money, while someone who knew about trucks and pallets and the like would have something to do with wholesalers.  Pharmacists were often visited by the field force, but this was solely in an effort to gain insights about the prescribers in the area.

Today, as we've pointed out in past columns, payers are increasingly being taken seriously.  Very seriously.  They are still generally not receiving anywhere near the same attention or effort as are prescribers, but in many markets, pharma management has recognized that their on-going influence has as much impact as their influence at launch and has begun engaging with them significantly.

As for patients...  we started talking about them in the last column and we'll deal with them in more detail over the next few columns.  I'll only say here, as I've said in the past, that the patient is the one unchanging, inevitable customer in the pharma world.  Healthcare systems come and go, but the patient will always be at the basis of healthcare and the industry has far to go to develop ways of dealing with him or her.

But before we dive with a solid splash into the sea of patient considerations, let's stop for a moment to consider the most discrete, the least considered of our four P's - providers.

“There's one thing that the pharma industry never really took into account, and that's the role of the pharmacist on adherence.”

In some markets, wholesalers are central to the pharma industry.  In most markets they certainly hold the keys to a lot of data, whether you get it from them directly or through companies like IMS.  In the United States, and in a limited number of other markets, pharmaceutical benefit management companies, like Medco, have grown to have enormous influence and are likewise being treated with seriousness.

But let's look past those relatively big players to the unsung infantry of pharmaceutical distribution... the corner pharmacy.

In many European markets, pharmacies are still small, individually owned affairs.  They may form coalitions, or co-ops, but they don't have the presence and bargaining power of a company like Boots, for example, in the UK.  Industry contact was limited to making sure they were stocked, and trolling for information because, after all, they don't make prescriptions decisions.  If your product is prone to generic switching then from time to time there were industry efforts to convince pharmacists not to switch, but these were usually pointless and quickly abandoned.

Actually, it makes sense not to waste effort on pharmacists, given those factors.  But there's one thing that the pharma industry never really took into account, and that's the role of the pharmacist on adherence.

We'll look at some adherence programs in detail in future articles, but for now, I'll ask you only to consider this: most adherence programs have been focused on physicians.  Pharma would put something together to help patients adhere to treatment and then would deploy it through the prescribing doctors, who were supposed to sign patients up, explain the program to them, make it available, etc.  Why?  By default, really.  It makes sense on the surface that whoever is prescribing the drug would want it to be well used and what's more, that's the whole point of these kinds of programs... to have something new to talk about with customers (i.e. doctors).  Right?

It turns out that it's not usually through the prescriber.  Prescribers don't have time (especially not GPs) and they often dramatically underestimate the adherence problem.  Pharmacists, on the other hand, are supposed to explain to patients facts about their drugs, and that includes how to take them and what they're for.  Furthermore, they are often hungry for ways to provide value-added services.  A number of studies indicate that for GP-prescribed products, adherence programs initiated through pharmacists are more effective than those initiated by physicians.

So, what's the best way to recuperate some of that $350 billion lost every year?  By beginning to pay attention to how the pharma industry and providers, primarily pharmacists, can work together in a mutually beneficial way to increase the adherence of their joint customers.

In the next couple of columns, we'll explore how that might be done.

On an unrelated, related topic...

For those of you who have been religiously following this column (and I know you are legion, since I can hardly walk down the streets in most major cities these days without being accosted by autograph-seeking pharma groupies), it may interest you to know that we'll have a chance to discuss these same topics in an open forum at eyeforpharma Barcelona 2013 from March 19-21.

As eyeforpharma has kindly been providing us with a forum to write about and debate all these crazy ideas in a virtual setting, they have decided to make a real-world version of this in the form of the "Future of Pharma" track at the March conference, where I'll be hosting discussions on various disruptive ideas.  It will kind of be like the San Diego Comic-Con, but without the pointy ears and Klingon poetry.

If you can make it, be sure to eschew all the less interesting discussions on the last day, March 21, and join with us to remake the pharma world (and please forgive me if you are actually hosting any of those other discussions on the 21st... nothing personal).