It would be easy to assume that an oral treatment that can halt the progression of a rare form of leukaemia would have high rates of adherence. But as Health Psychology specialist Dr Lina Eliasson has found, this is not necessarily the case. 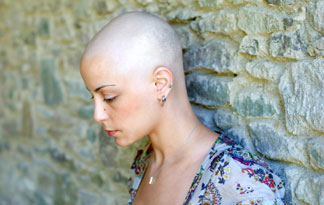 Chronic Myeloid Leukaemia (CML) was one of the first cancers where a specific chromosomal cause was established. This allowed for highly targeted treatments to be developed and the discovery of of tyrosine kinase inhibitors (TKIs) marked a major advancement in the treatment and prognosis of CML. The licensing of the first such TKI, imatinib (Glivec, Novartis) essentially transformed CML from being a terminal to a chronic disease (for the patients who respond to treatment).

The fact that imatinib is taken orally also meant that CML care moved from previously having mainly been managed in a clinical setting to being reliant on patient self-management. Since then, other medications – for example, Nilotinib (Tasigna, Novartis) and Dasatinib (Sprycel, BMS) – have also become available. However, with these positive advancements in treatment comes a need to ensure that patients take their medication as prescribed long-term.

To date, only a few studies have examined adherence with oral cancer therapies, and adherence rates vary widely, partly due to the wide variation of measurement techniques used, with some as low as 16%1.  Similarly, research has shown that about one third of CML patients are non-adherent; even though strict adherence is essential for treatment efficacy in these patients." 2,3,4

A 2010 United Kingdom study monitored adherence in 87 chronic-phase CML patients taking Glivec, over three months. This study used a Medication Event Monitoring System (MEMS, Aardex) - an electronic device fitted in the cap of a medication bottle that records each time the container is opened. Adherence to Glivec as recorded by MEMS was found to be the single most important factor determining the degree of clinical response achieved by patients.3;4

So, considering the effectiveness of the medication when taken as directed, why are CML patients so non-adherent?

In a recent qualitative study carried out by Dr Eliasson in-depth interviews were conducted with 21 of the 87 patients who had participated in the Marin trial.5 Of the 21, 17 were classified as non-adherent to their Glivec according to the MEMS readings from the trial. The patients voiced both intentional and unintentional reasons for missing doses. The most common reason for deciding to miss doses was to deal with side effects, while the most common unintentional reason for missing doses was to forget.  It was found that several patients believed that missing a few doses was unlikely to affect their response, especially if they didn’t exhibit symptoms or had been told they were responding well.5

The research also revealed that in many cases of treatment non-adherence, healthcare professionals had downplayed the effects of missing doses, adding to the patients’ own misconceptions about taking their medication effectively.5

Cancer care is a paradigm in transition – improved cancer management and the introduction of new effective drugs mean that cancers are becoming more like chronic diseases. As many of the new therapies are taken orally, patients will increasingly be required to self-manage their treatments at home. This means that adherence is likely to be more of an issue than it already is and we need to focus research on finding ways to support patients’ on-going disease management and treatment adherence.

Learning from CML can help us understand the issues that are likely to affect adherence and persistence in other chronic cancers, giving us a head start in terms of understanding the patients’ perspective and how to better support these patients long term.