Prepare your organisation for the future with 'Beyond the Pill' services

No More Lip Service – Just do it

Pharma is in deep deep trouble. It is being out-innovated and its reaction is to restructure, downsize or engage in mergers and acquisitions to fill pipeline gaps. It's time for reinvention according to Dr Andree Bates. 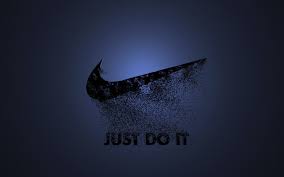 Pharma is in deep deep trouble.

I spoke with someone at a top 10 pharma yesterday. Like many companies, they have restructured - again - and in their latest restructure, they have moved many management positions off-shore to low wage countries to save money. He said this looks like the first group of functions to be moved but they indicated that more will follow. If they don’t move they are given redundancy.

We all know of the numerous and repeated job cuts most pharma make year upon year. Now jobs are just being moved to low wage countries as an extra step to save money.

Yet every day I read about amazingly interesting health-related innovations on the Eularis Twitter feed...

...Glasses to assist surgeons to know everything about a patient while they are operating, as well as allowing other surgeons to assist remotely and place their hands virtually on a patient to show the surgeon operating their advice when needed...

...Contact lenses that measure blood glucose in the tears...

...The iWatch and what we expect it will contain.

Amazing stuff. But where is pharma in this list? One of our tweets was about the war between Apple and Google to own the health space. Look at health wearables– worth $500 billion in the next 5 years alone. Again – where is pharma? Should we not be at the forefront of all this?

What is pharma doing instead?

Google and Apple are not simply cutting jobs and costs and shifting their people to India. They are looking at the health market and saying ‘well, health wearables alone are $500 billion – let’s get that’, ‘diabetes is a massive market – let’s make sure all our wearables have a glucose monitor on them’. They are thinking proactively not reactively".

Now, I am not a pharma CEO, but from where I stand this looks like rearranging the deck chairs on the Titanic. These are all obvious sensible things to do in a short-term crisis but really, we are beyond a short term crisis now.

We are the laggards. Google and Apple are not simply cutting jobs and costs and shifting their people to India. They are looking at the health market and saying ‘well, health wearables alone are $500 billion – let’s get that’, ‘diabetes is a massive market – let’s make sure all our wearables have a glucose monitor on them’. They are thinking proactively not reactively.

The pharma approach reminds me of a World Cup game I saw. The first half of the game one team were being reactive and just trying to defend and stay in the game. But then in the second half something shifted and they were playing proactively and started scoring and were not just trying to defend but actually really playing the game. It reminded me of pharma, as today’s industry is playing a purely reactive game.

We need to reinvent ourselves into a ‘Health Company’ not just a ‘Drug Company’. I know there are challenges to reinventing ourselves for real growth – changing the existing business model and company culture, a serious lack of senior management support, the whole mindset of a cost centre rather than an investment, integration of solutions versus products, blaming the environment and regulators, poor analytics and so on.

But we also have many things that give us a competitive edge over Apple and Google. We know the sector, we know the key players, we have the drugs. And if the job cuts start to slow, we have intelligent people too. Why are we not doing this? It just needs some serious thought and some analytics, then follow through and commitment from senior executives.

Everyone pays lip service to value beyond the pill. There is talk of customer centricity, networks and partnerships, outcomes focus and added services.

Great.  And to be fair, there are *some* good things going on in pharma. I have been recently working on some Market Access analytics for a pharma client in the US to understand the real drivers for both payers and patients - and this client gets it.

They are planning amazing hubs of bundled services around the drugs that really work for the payers real underlying drivers, as well as the patients underlying drivers. They are not just paying lip service to it. But they are a relatively new private player - and have grown dramatically well into the billions recently.  I can see why. But I feel this is not the norm – not from what I’m seeing.

Yet another can of worms...

In fact, this opens another can of worms: analytics in pharma. I am constantly amazed at the low level of sophistication of analytics at work in pharma to get to the core of the issues. Analytics is transforming most other industries and yet so many pharma are still focused on basic ROI. I was really interested in that once too – back in the 90’s!

I have moved on to far more interesting analytics that provide real-world results since then. Why hasn’t all of pharma? And while I am on my soap box, while working in market access analytics recently, I had exposure to pricing analytics (e.g. the Garbor-Grainger model, the Conklin and Murphy model, the van Westendorp model, and conjoint tradeoff models) and I realized how even so much of the pricing analytics are so far behind the times and so basic.  I know my team could do a much better job using prescriptive analytics. Why is it so difficult for pharma and many of their agencies to just get it?

The future of pharma is being all about health - and giving valuable products bundled with services that people really want – if pharma are willing to go for it. By people I mean all stakeholders – patients, physicians, payers, pharmacists, etc.

Is Apple sending all their staff to India to save money? No. If a drug and its bundled services hits the stakeholders’ sweet spots in terms of their real underlying drivers, price will be only one of several factors considered.

Think about it. If you want something enough, don’t you come up with strong rational arguments why you should get it? Why do so many people have iPhones when other companies make cheaper equivalents?

We want the Apple brand because it hits our drivers better. We rationalize an argument for an iPhone to ourselves. By implementing analytics on the aspects involved in the decisions for stakeholders, to really uncover the underlying drivers for them, one can accumulate evidence on the specific levers that would get all stakeholders desiring the drug due to its patient outcomes as well as its bundle of services (like an iWatch that senses your blood glucose, your cholesterol, your stress whatever is relevant to your conditions – and maybe to all conditions). Then you improve patient adherence (think of the extra money gained there – it could easily fund the process) because they can see their issues. You have buy-in because they are being proactive about their health. You have a whole host of things that pharma just don’t seem to even be considering.

Instead of thinking like Steve Jobs, many in pharma can’t see beyond their fears - ‘how can I cut costs?’, ‘how can I survive?’ - and  their blockbuster fantasies.

Change the game. Become leading players in health. Use analytics to understand what should be done to get stakeholders excited and wanting what you offer. Build a competitive advantage.

A friend of mine was the CEO of an ad agency in Hong Kong (a global agency but she was CEO of their Hong Kong office) and they had the Nike account. Nike were being frustrating: every day they would change their mind on the creative.

Then one day, one of the creatives was so frustrated with Nike, he came into the office with his head shaved and on his skull was a tattoo ‘JUST F*&KING DO IT’. I am not quite at the tattoo on the skull phase yet, but I feel fairly close.

For information on how to really change your real world results, contact the author Dr Andree Bates, at Eularis, http://www.eularis.com