The Next Billion Patients

Marc Yates, Director of Emerging Markets at pharma market research specialist Research Partnership, shares insights from his experience of working in BRIC and beyond. 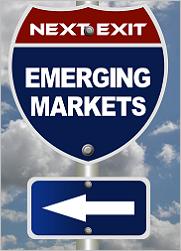 Welcome to my new column - I’m delighted to have this opportunity to share my experience with you. Having lived and worked in Asia for many years, I’ve witnessed the changes in pharma’s market focus in recent years and seen both the opportunities and pitfalls of launching products in some of the newer, more unknown territories ear-marked for growth. Over the coming months, I would like to share these learnings with you, looking at the ASEAN markets, the BRIC markets of Brazil, Russia, India and China, as well as the newcomers - Mexico, Indonesia, Nigeria and Turkey. In this, I will take you through the changing characteristics which are making certain markets more attractive.

Whilst BRIC is still a key focus, there are signs that pharma is beginning to look at capturing previously untapped segments in these markets and beyond. Up until now multinational pharmaceutical companies have focused their efforts almost exclusively on the richest patients living in the biggest cities. Taking China as an example, 63% of the revenue of those treatments not included on the Essential Drug List has come from the largest hospitals (Tier 3), half of which comes from just three cities (Beijing, Shanghai and Guangzhou).

However, as competition in the emerging markets is becoming increasingly fierce, so the industry is looking for new growth opportunities. The question is - what are the growth opportunities and what do pharmaceutical companies have to do to leverage these?

Given that many patients within emerging markets have to pay out-of-pocket for non-reimbursed treatments, then any change in affordability is likely to have a potentially dramatic effect. A good example of this is in India where 86% of the cost of healthcare treatments is paid out-of-pocket, which illustrates the financial burden placed on the patient.

One of the biggest developments over the last few years has been the increase in the proportion of patients who now qualify as middle class, and wealth is increasing commensurately, enabling more individuals to afford essential care. This growth is set to continue and the predicted middle class explosion will not be confined to any one country but will be observed across virtually every emerging market.

To illustrate the growth of the middle class in the Asia region, let’s consider the period from 2004 to what the forecast is for 2015. During this time the population as a whole will jump from 3.28 billion to a predicted 3.61 billion. However, while the total population is set to increase by 10%, the percentage who are defined as middle class is forecast to expand by 71%. The implication is that, for a significant proportion of the population, the issue of healthcare shifts from affordability to willingness to pay.

A recent report focused on middle-income and affluent consumers (MACs) and stated that in 2008 a company would need to go to 241 cities in order to reach 80% of the MAC population".

So then the question becomes - where can we find these new middle class populations who are enjoying an increased disposable income? To illustrate this, let’s take China, the world’s most populous nation. Traditionally, the nation’s wealthy have been living in the rich cities along the east coast. However, there are clear signs that the wealth is spreading inland. A recent report focused on middle-income and affluent consumers (MACs) and stated that in 2008 a company would need to go to 241 cities in order to reach 80% of the MAC population. To reach this same 80% by 2015 a company will need to be present in 483 cities, a predicted 100% increase in just 7 years. The implication is that, while there is undoubtedly an increased opportunity, the challenge is establishing a trained field force to support the brand in these new markets.

Another trend witnessed is the growth of private health insurance. With greater disposable incomes, people are now in the position to choose to take out private healthcare insurance for themselves and their family.  One of the drivers for continued expansion of private insurance is the amount of out-of-pocket fees a patient has to bear. According to a study published in the Lancet, patients in mainland China in 2010 self-paid 60-70% of their outpatient costs and at least 50% of the cost of inpatient treatment.

Between 2000 and 2009, the average annual growth rate of the private health insurance market in China was around 27%. In 2012, an estimated 7% of China’s population has some private insurance coverage, with most plans being either supplemental hospitalization insurance (a partial payment for hospitalization expenses in addition to government reimbursement) or severe disease insurance (a lump sum payout to those who contract a severe disease). While private health insurance has been playing an increasingly important role in healthcare funding, it still accounts for less than 2% of total healthcare spending in China today.

The pharmaceutical industry has already been looking at ways of increasing patient access to innovative medicines. A good example of this is the partnership of Roche and Swiss Re, the world’s second-largest reinsurer.  On one side, you have a market leader in the oncology field and on the other side you have the insurance sector dealing with large numbers of people. Thus you have a statistical basis on which to work out the probability of people who will get a particular type of cancer. By comparing the two viewpoints [that of the drug manufacturer and the insurance company] both parties can effectively identify a market which does not currently exist.

This growth of the middle class in emerging markets is without doubt a great opportunity for the pharmaceutical industry. However, affordability is just the cost of entry. To be able to win in these new customer groups, the pharmaceutical industry must really understand their beliefs and behaviors in detail. In many markets, these new middle class consumers have very different needs and desires to the established customer groups that the pharmaceutical industry is currently targeting. This may call for an entirely new strategy, providing new brands, new channels and new geographies. We have already seen the industry start to react, as in the case of Brazil where companies such as AstraZeneca are launching mature brands to target this evolving middle class (Classe C. GSK and Novo Nordisk have a dual tier strategy, with the more expensive innovative brands targeting those who can afford them and the established brands being targeted to the up and coming middle classes).

As affluence continues to spread across the emerging markets, we expect to see an increase in the prevalence of chronic diseases combined with the rise in the middle classes who want the best quality healthcare and more importantly are prepared to pay for it.

Blended and augmented: Reimagining the role of the rep
Broadening participation in clinical trials: A win for all