Listen to ALL of Your Customers!

Kevin Dolgin explains the importance of listening to all of your customer groups on the web, and explains why this is a practice you cannot afford to ignore. 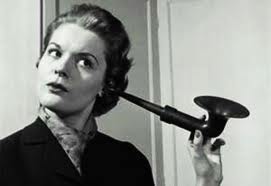 The pharma industry has a privileged situation when it comes to listening to customers.  For almost the entirety of its existence, the industry has defined customers as prescribers and, for almost the entirety of its existence it has visited those prescribers with an average frequency of once per month (varying vastly across markets, but that's probably a good historical worldwide average), it has had an excellent opportunity to listen to them and understand them.

I used to work at American Express (many, many years ago):  Amex would love to sit down and talk to every single customer for five minutes every month, face to face.  This would not only be to try to sell to them, but to try to understand them.  Pharma has done that for years and while the understanding part has tended to be far less formalized than the selling-to part, pharma has created a very good picture of its different customers; who they are, what they need, how they react.

Until, of course, the customer group started expanding.

I think that pharma has also done well in gaining an understanding of the second major customer group, payers.  Payers of course hold a product's fate in their hands; if they squeeze, closing their fingers on market access, the product gasps for air, and most companies have quickly and effectively addressed this increasingly important customer group by learning about things like stakeholder mapping and creating solid interaction with payer groups as efficiently as possible.

But then things get difficult.  The next major customer group, as we've pointed out in previous columns, is that of patients.  This one's tough.  For one thing, pharma is not allowed to have much direct interaction with patients.  For another, patients are a wide, varied, confusing bunch of people.  They don't necessarily know much about biology or clinical studies or whatnot, and they often are irrational (so are prescribers and payers... and pharma execs and consultants, but their irrationality is somewhat more predictable).  And yet, as we, and many others, have pointed out, if you want to do anything with patients, you have to understand the patient journey.

We've discussed this before, but in case you've forgotten, what we mean here is understanding the patient's progression as a patient while taking into account all the facets of their lives; not just their interactions with the medical community, but their interactions with friends, family, fools, and the myriad virtual poets priests and politicians (thanks, Sting) they run across on the internet.  Start looking at what real patients say to each other and you'll run across some crazy stuff... and some incredibly wise and cogent stuff as well.  In a nutshell, you'll get an idea of what a typical patient hears and feels and thinks about being a patient.

The question is how?  For the most part, pharma restricts its investigation into the patient journey by gathering information from the healthcare community, and sometimes by dialogues with patient groups.  I think these are excellent ideas, and must be done.  However, you get a slanted view through those asepticised lenses.  No, in order to understand the patient journey you're going to need some sources that aren't filtered like that.

“If you want to know what patients really think about their disease, about your products, about why they comply with treatment, why they don't, why they switch and what they say to their prescribers, you can find out somewhere on the internet”

From 2007 to 2010 I was part of IMS's Innovation Laboratory.  This consisted of a small international group of mad scientist types who tried to think about the pharma models of the future.  We would get together in a dark laboratory in the dungeons of Harewood Avenue and concoct strange bubbling brews of ideas, most of which were never implemented.  We also carried out a fair amount of research into these new ideas.  One of the most interesting was internet monitoring.

Just about everything that can be said, is said somewhere on the internet.  As such, if you want to know what patients really think about their disease, about your products, about why they comply with treatment, why they don't, why they switch and what they say to their prescribers, you can find out somewhere on the internet.  At the time, we in the innovation laboratory looked at a number of companies that were just starting analyse chatter on the web (one of the members of the lab ended up leaving IMS to found such a company, for that matter), but in our discussions with pharma, most executives were hesitant to put together formal, on-going monitoring programs.

Since then, things have started to change.  Increasingly, pharma is trying to monitor the web, listening to what customers are saying... all kinds of customers.  IMS even purchased Semantelli, a monitoring firm, three weeks ago.

In other words, things are moving in a direction that will allow pharma to understand more fully the patient journey.  Nevertheless, in my conversations with pharma execs, I get the impression that this too is being seen largely as a separate initiative in many companies.   They often talk about monitoring their product or company reputation, which is a very good idea, but I think that often they are missing the opportunity to put together a coherent, clear picture of the patient journey, one that is offered by such means.

For example, PatientsLikeMe has now been around for nine years in the United States.  PLM offers thousands of views into the insights of patients and it even provides formalized ways of consolidating that information.  It is restricted to a limited number of pathologies, but within them it offers a picture of the patient journey that is unparalleled.  Of course, that's the United States, and in data-restricted Europe that is difficult, right?  Well PLM thought so, but in the past couple of years a number of me-too sites have appeared, including Carenity in France... and if you can build a site like that in privacy-obsessed France, you can do it anywhere.

So here's the thing... if you're in pharmaceutical marketing you simply can't afford these days not to be scouring the web to draw a picture of the real life of a typical patient.  If you do, you'll now be able to find these insights, without the filter of the healthcare community, and they will surprise you.  These insights might come from dedicated sites like PLM or Carenity, in which case partnerships with these companies will be invaluable, or they may come from internet monitoring companies like Radian 6 or Semantelli but either way, you simply can't afford not to listen.

How collaboration will strengthen the future of cell and gene therapies