Kevin Dolgin explains one of the key measurable in a service-led industry, customer satisfaction, and explains why, above all else, this is the measurable you’ll want to focus on for your patient services. 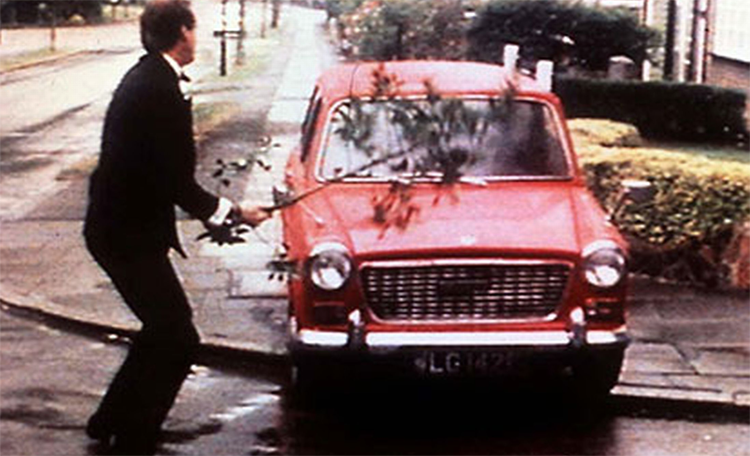 Last month we considered some of the major differences between goods and services - an example of goods being drugs and an example of services being patient support programs.  In case you've forgotten, we considered how services generate an I/You relationship, how the customer is in the factory, and the fact that word of mouth is doubly important in services.  Now we'll get into some of the management implications for all this.

By far, the most important thing in any service setting is to generate customer satisfaction.  Of course, you say, that's always important, and you're right, but it's doubly, triply, quintuply important in services.  Why?

It's a combination of the I/You thing and the importance of word of mouth.  When someone is not satisfied with a service they tend to feel personally slighted.  It isn't a thing that let you down, it's a person, or group of people.  When your bank messes up you imagine some lazy moron who couldn't be troubled to apply himself sufficiently to get your account straight, whereas when your car breaks down you get frustrated and upset (and bash it with a tree branch if you're Basil Fawlty) but it's not personal.  As such, people have a tendency to get angry with a service failure, and to talk about it.  A lot.  When I was at Amex we realized that for a high level of satisfaction, customers tended to talk about it with three other people, for the equivalent level of dissatisfaction they talked about it with seventeen other people.

When you couple this with the importance of word of mouth in choosing a service, it becomes clear that you can talk, advertise and promote all you want about your service, but if people are dissatisfied, it's all for nothing.  At the same time, if they really are delighted with you, nothing you can possibly do in a promotional vein will ever equal the impact of positive word of mouth, particularly if the mouths in question are those of opinion leaders.  Taken together, this means that truly excellent service companies don't need to advertise anywhere near as much as their competitors, and truly poor companies tend to fail despite any promotion they do.

One person who has understood this implicitly is Richard Branson.  There are almost 40 different companies in the Virgin Group and all but two are services companies.  Furthermore, every single one of them was created from the ground up, not acquired.  Why?  Because the kind of extreme attention to customer satisfaction that is necessary to benefit from this mechanism is highly cultural, and Branson knows that it's easier to build that than to try to transform the culture of an existing company.

This is very different from the goods-oriented paradigm, in which another company may have a product portfolio, perhaps patented, that can be acquired and folded into the acquiring company's business model.  Of course, you can do that with a service, but the satisfaction generated by the service is strongly influenced by the culture of the service provider and it's incredibly difficult to acquire culture.

Pharma companies can talk all they want, but they are fundamentally product-oriented

This is where the rubber hits the road when it comes to things like customer orientation.  Everyone likes to say they're customer-oriented.  Almost all the executives I know in major corporations will say that their company is customer-oriented, "although it could do better".  However, in pharma, if you really think about it, this is generally seen as a "nice-to-have".  Pharma companies can talk all they want, but they are fundamentally product-oriented, customer orientation is seen as a very long-term approach, with amorphous benefits.  R&D is far more crucial.  Well, in services it's important now.  In fact, it's far more important than this month's sales or market share or profits, because it is the fundamental driver of sales and market share and profits over the medium term, let alone the long term.  Top services companies - successful services companies - monitor customer satisfaction like hawks, not because they want to feel good about themselves and say the right things to the press, but because their prosperity depends on it like no other measure.

What does this mean for pharma as it looks at patient support programs?  The first and most telling question is: "how do you tell whether they're successful?"  Most pharma companies will immediately answer by citing clinical endpoints and adherence levels.  These are important, but they are both difficult to measure in the short term and frankly, you can have the best clinical results in the world but without satisfied customers, far fewer patients, prescribers, providers or payers will ever participate in your program.  The obvious answer, therefore, is satisfaction.  Pharma has a lot of customers and all of them are going to form opinions about the patient support programs presented.  It would be irresponsible not to measure satisfaction for each of those customer groups.  it would be very bad business, in fact.

Let's remember the whys and wherefores of patient support programs: first and foremost, they are designed to drive adherence.  With typical adherence rates for chronic therapies hovering around 50%, increasing adherence rates for a given treatment can potentially double total revenues while at the same time greatly increasing benefits to patients as well as payers, prescribers and providers. Now, all of this depends on acceptance of the program on the part of all the customers and acceptance is a function of the same mechanisms of satisfaction - word of mouth.

Not to mention, of course, the ancillary benefits from these programs (and I do mean ancillary, not primary): the positive reputation boost with prescribers.  When one says reputation boost, one means word of mouth, and we've already seen that positive word of mouth is a function of satisfaction with any service.

When you put all this together you end up with a simple formula: the key to success in patient support programs, which are by nature services, is the generation of customer satisfaction, not because it's right and appreciated (although it most certainly is both) but because it is customer satisfaction that will directly generate all of the benefits you aim to create with the program in the first place.