How’s It Going to Look?

There has been a quite a lot of coverage in the press of late about a certain large pharma company who has been found to have transgressed when it came to Customer Largesse in a certain country in the Far East (no names, no pack drill). 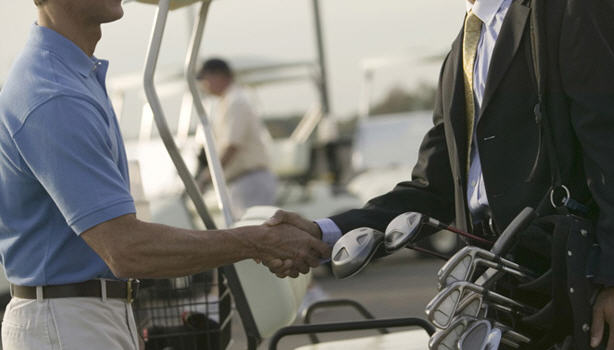 Leaving aside the oft-reported fact that this action on behalf of that country’s authorities may be to distract attention from far worse home-grown conduct, it is somewhat amusing to hear history repeating itself. Again!

Because I like talking about myself, here’s a bit about me. I joined the industry shortly after the Orient Express Debacle. That was 30 years ago, gentle reader. If your memory doesn’t go back that far I will elaborate. A large pharma company had a brand new NSAID it wanted to launch on the world with lurid claims of selectivity and disease reversal and, to help get the message across to the medical profession, it took a whole load of clinicians on a trip on the world-famous Venice-Simplon Orient Express.

Unfortunately, a news camera team joined the trip and the rest was fame of a type that no amount of PR can gloss over. (It didn’t help that the drug in question was a me-too dog that caused more problems than it fixed and it is likely that the Orient Express hastened its demise.)

A bunch of doctors were taken off for a gruelling scientific meeting for three days. Unfortunately, the meeting had to be held in an internationally-renowned ski resort at the height of the season.

Amazingly, nearly 20 years later, a German company tried to do the same thing. Needless to say it wasn’t an unqualified success with the event getting coverage in the news media and the product waving goodbye to the market shortly afterwards thanks to its side-effect problems.

Ten years after the Orient Express was the ‘Scientific Meeting in Val d’Isere Scandal’. Again, a bunch of doctors were taken off for a gruelling scientific meeting for three days. Unfortunately, the meeting had to be held in an internationally-renowned ski resort at the height of the season. Even more unfortunately, another camera crew turned up and recorded footage of the company’s marketing manager trying to hide behind a pot plant.

At the same time as the first Orient Express, there was the Golf Ball Incident. For some reason, a UK Member of Parliament was wandering over a local park close to a golf course. At the side of the course there were a lot of lost golf balls bearing the corporate logo of a well-known company. Whilst there weren’t any clauses in the industry Code of Practice then about ensuring that promotional items had a relevance to the practice of medicine, the MP decided that this was a Bad Thing and it should stop.

The Golf Ball Incident should have told us that (a) it’s a bit silly advertising the fact that you’re heaping extravagant jollies on your taxpayer-funded customers and (b) doctors are pretty crap golfers.

Back to me! I don’t have quite such a high regard of doctors. At least not to the extent that I want to take them off to a seven star hotel or scuba diving in the Seychelles or a chateau in the Loire or a supercar track day at the Nurburgring. In fact, I break out in hives at the thought of having to act in a gracious manner over dinner with them at the local Holiday Inn Express.

So when I was told that I was organising a Golfing Day for a bunch of Key Opinion Leaders at Wentworth I retorted with some pithy advice on sex and travel. In fact, if anybody even looked as though they were going to mention the word ‘Wentworth’ they would be subjected to the same invective refrain. After a while, the word ‘Wentworth’ became a euphemism for ‘F**k off!’ within the company.

The company in question went ahead with the day and it was a great success. There were no camera crews around. Nor me! (Nor did my name appear on any pieces of paper relating to the event.)

So what is the takeaway of this article? Apart from citing the Eleventh Commandment (‘Thou shalt not get caught’), the key question one could ask is: How is this going to look if I read about it in my daily newspaper?

For example: if you are going to get caught overegging the promotional pudding, don’t offer to take doctors on expensive trips. And if you do offer the expensive trips, don’t extend the invitation to their wives and/or girlfriends. And if you do extend the invitation to all and sundry, don’t engage three hundred travel agencies to manage the bookings, excursions, travel and accommodation for you. Etc., etc., etc…

If your customers are so bent that they are happy to accept your kind invitation, it is odds-on they are going to be of fickle character.

And the other thing you might want to ask before organising your eye-wateringly expensive shindig is: Has this been done before and what was the outcome? Or: Did anyone go to jail for this? It is looking highly likely that the individuals in the far eastern company who have been brought to task are facing an uncertain future.

Lastly, you might want to really question – and I mean REALLY question – what the return-on-investment of this junket is likely to be. Firstly, if your customers are so bent that they are happy to accept your kind invitation, it is odds-on they are going to be of fickle character; not the sort of loyal customer you want. Secondly, you can overdo it to the point where all that is remembered is the event and not the reason for it.

I was told some years ago of a wonderful trip on Concorde. Specially invited doctors were taken off around the Atlantic at supersonic speed and they were so impressed that they couldn’t recall the name of the product that was being plugged.

I’m off for a nice glass of that lovely 1959 Chateau Margaux that I got given by… now, who was it..?