Here’s a Novel Idea: Think for Yourself

Graham Young asks, does no one want to develop the industry beyond the established model of the 1980s because someone more senior might say something that would hurt their feelings? 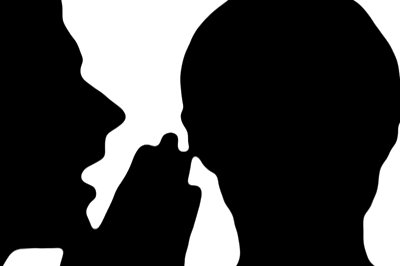 There is a well-known CEO of a large pharma company of whom it was oft reported that he would sit during board meetings with two representatives of McKinsey sitting either side of him. Should an issue pop up requiring his deliberation, he would glance at the two McKittens and they would whisper into his ear. He would then nod and pronounce what ‘his’ decision was to be.

This raises a couple of questions, namely: what was he there for and why wasn’t McKinsey running the company? What was his staff there for if he trusted them so little he would defer decision making to a third party?

This is, it has to be said, peculiar behaviour (unless you’re the CEO in question reading this, in which case it’s perfectly normal!). However, this peculiar behaviour is not limited to CEOs; it is endemic within pharma and it is stifling the industry.

It appears that the concept of Making A Decision and being seen to be accountable for it is anathema to Big Pharma. Vast sums of money are squandered on commissioning agencies to run massive campaigns (e.g. market research) wherein, if anything goes wrong it’s the agencies’ fault and not anyone inside the company’s walls.

The industry has a great tendency to make grand pronouncements and then do the Other Thing because the Other Thing is safe, tried and no one ever got fired for doing it. But this is to ignore the fact that the market is constantly changing as are our customers and their needs.

The classic is ‘personalised medicine’. If I had £1 for every august presentation my backside has shuffled through on the need to offer companion diagnostics to ensure that our customers get the best value-for-money from our drugs then I could afford a more comfortable chair. However, those companies that produce both diagnostics and therapeutics seem to be anaphylactically averse to letting the two divisions talk to each other.

A case in point here is Abbott who, whilst having run separate diagnostic and therapeutic divisions with machine gun posts mounted to prevent any interaction, have gone so far as to rename their therapeutics arm Abbvie. This is despite other pharma companies buying companion diagnostics from Abbott Diagnostics. D’oh!

“What happened to the duty of care to those patients who are eligible, or actually take, our medicines? Is their plight worthless in the face of our individual need to cover our backsides?”

There is a clearly stated need for this approach at an international level and we are doing nothing about addressing it. Actually, we seem to be doing the precise opposite of what we are constantly being told we should be doing.

Many is the time I have sat on late-night teleconferences listening to meetings made up of highly intelligent (and highly paid) people all trying to avoid expressing an opinion on anything for fear of making someone else – who doesn’t have their experience or skill set – look less competent. And if anyone does express an opinion they will spend the next twenty minutes trying to retract it. (“Er… I can see how some people might think snow is – y’know – blue? But I can also understand why someone else might think it’s, like, orange? Y’know?”).

So what does that say about us? Does no one want to develop the industry beyond the established model of the 1980s because someone more senior might say something that would hurt their feelings? What happened to the duty of care to those patients who are eligible, or actually take, our medicines? Is their plight worthless in the face of our individual need to cover our backsides?

And, let’s be honest, if you have an opinion and the experience to back it up, what are you doing in an organisation where one’s view is so poorly valued?

The alternative is to brief a consultant from McKinsey’s to come in and say what you would have done anyway and pay them $2,000 for an hour of their precious time. That way, your office chair will be safe but you will have devalued yourself professionally.